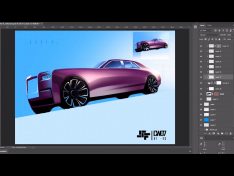 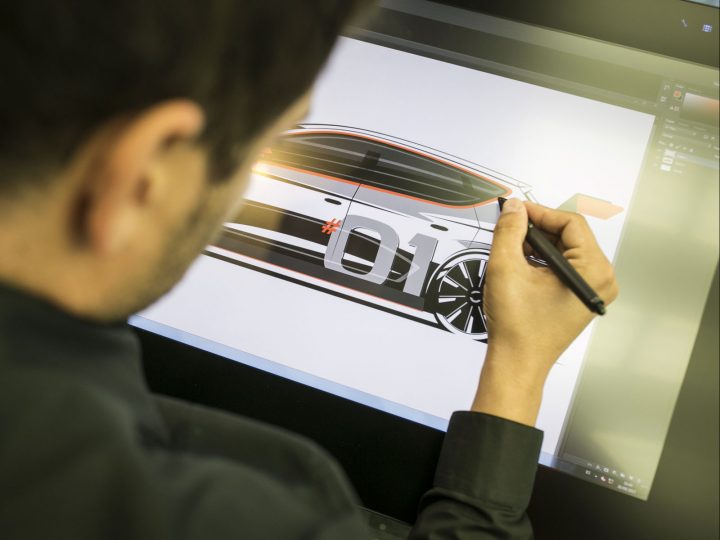 Seat designer Daniel García and Ducati Corse designer Edoardo Lenoci exchanged their roles for a day and explain the design differences between the Leon Cup Racer and the Ducati Desmosedici GP. 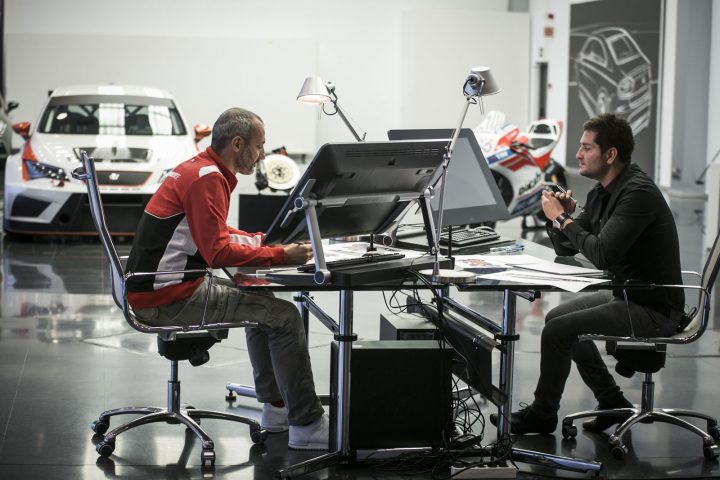 The guidelines: When designing a motorcycle, “the rider’s body measurements” are taken into account as he will be a part of the fairing, says Edoardo. A motorcycle design is based on a drop of water, with rounded lines, compared with the harder, straighter lines of a four-wheel vehicle, where the physical characteristics of the driver are not so important. 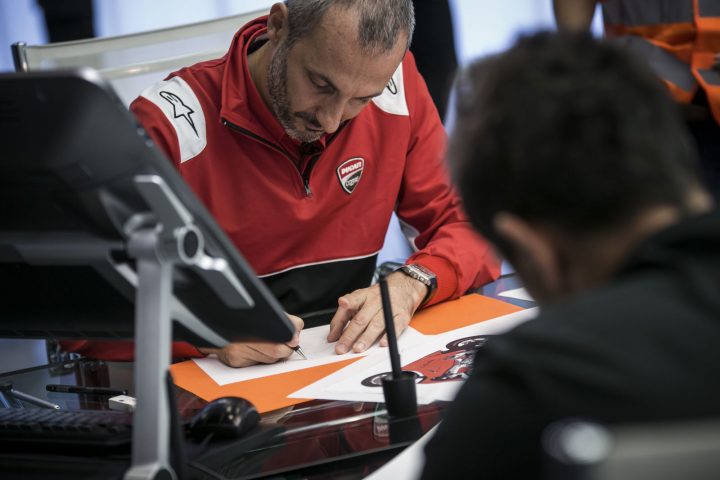 Aerodynamics and speed: One of the keys to successful race car design is to find “the balance between aerodynamics, speed and the car’s grip on the track surface”, Daniel points out. However, on a motorcycle design, in addition to these factors, “the rider’s movements while riding the motorcycle” are analysed and prioritised, as they will determine the shape of some of the parts, replies Edoardo. 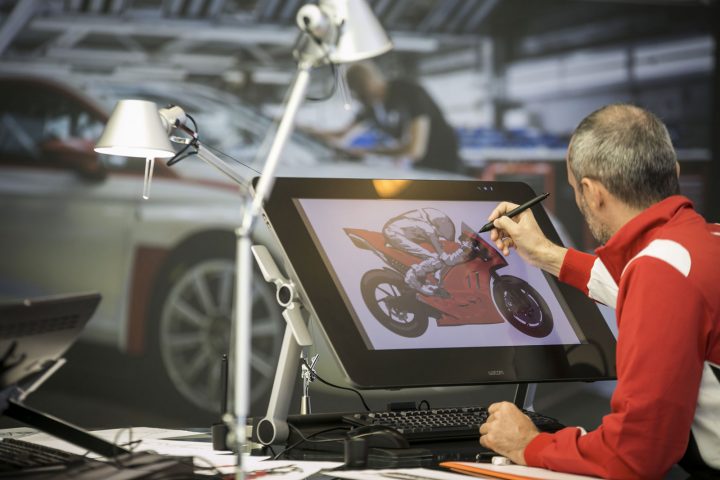 Getting a better grip: When sketching the parts of a race car, the rear spoiler plays a major role. “It’s shaped like an upside down airplane wing” to help provide the car with better grip at high speeds, says Daniel. Likewise, in order to ensure the stability of SEAT and Ducati vehicles, both brands test them in a wind tunnel to verify their aerodynamic properties.

Every millisecond counts: The SEAT Leon Cup Racer starts with a production model Leon CUPRA, which is modified. “It is 220 millimetres wider, and wheel arches, spoilers and a front end are added”, to give the car greater speed on the track. In comparison, design highlights on the Ducati Desmosedici GP include its “frame and fairing” as its essential parts. 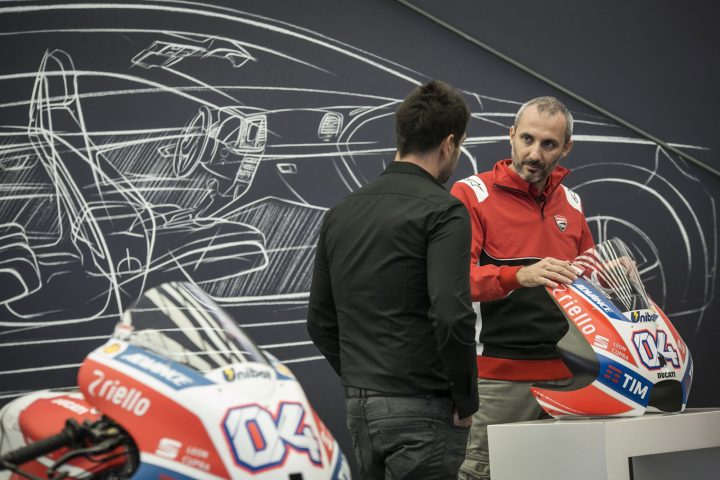 When designing a motorcycle, the rider’s body measurements are taken into account as he will be a part of the fairing 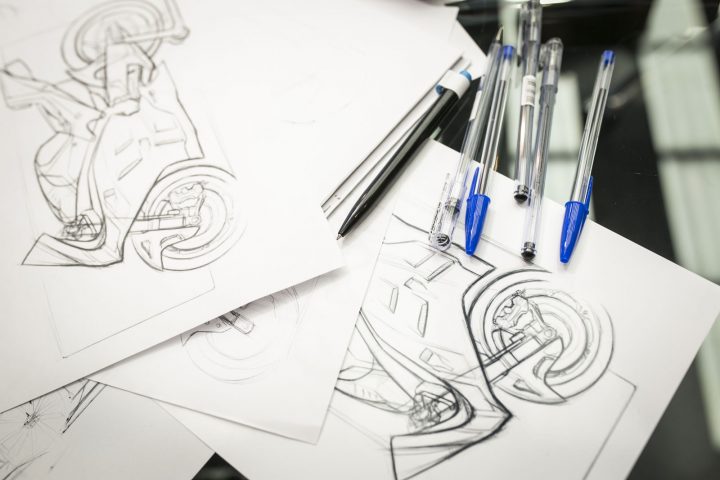 Sketches of a Ducati Desmosedici GP – A motorcycle design has rounded lines, compared with the straighter lines of a four-wheel vehicle 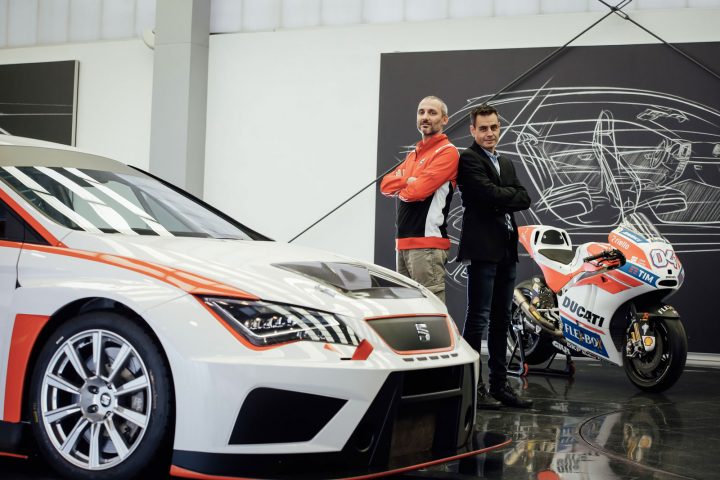 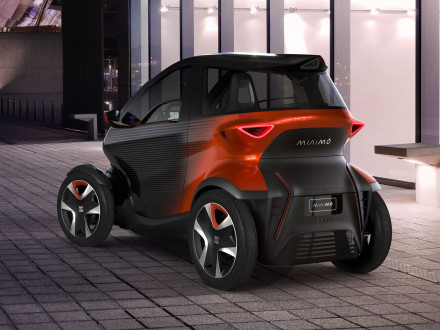 The Seat Minimó is a study of an all-electric futuristic quadricycle that shows the company's vision for the future of personal mobility sharing systems.