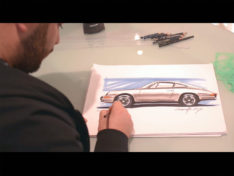 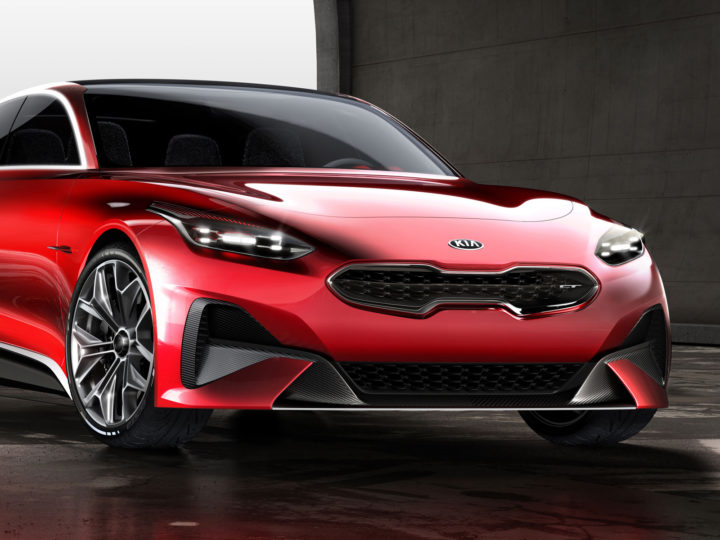 Kia has revealed new images and design details on the Proceed Concept, the design study set to debut at the upcoming Frankfurt Show.

First previewed in the past days, the Proceed Concept evolves the brand’s design DNA and gives indication on a possible high-performance, future addition to the ceed family.

The official release by Kia includes a detailed description of the exterior design of the car, which is reported below. 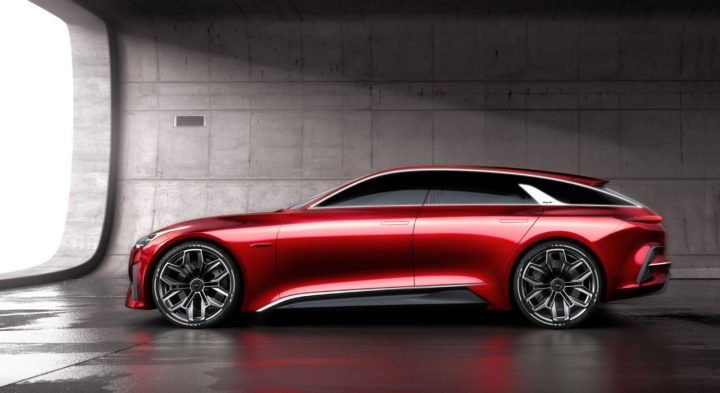 Low, lean and lithe, the Proceed Concept’s rakish roofline, muscular proportions and compact footprint hint at its outright agility. The silhouette of the car is complemented by a series of distinctive design cues.

Styling elements include a dynamic window frame that follows the roofline to the rear tailgate, while the striking ‘Sharkblade’ in the bodywork, complete with GT logo, reinforces its lack of B-pillars.

Lateral strakes exaggerate the Proceed Concept’s slim waistline and lend an air of muscularity to the rear of the car. It runs on six-spoke aluminium alloy wheels, 20 inches in diameter. 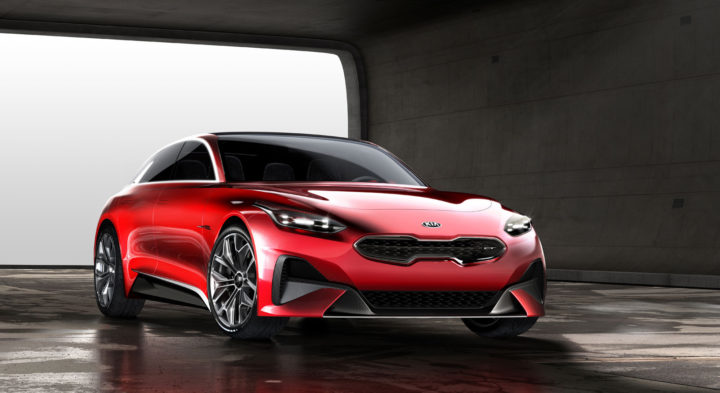 Where daytime running lights have become a key element in a car’s identity, the Proceed Concept uses light in other ways. The concept features a ‘Luminline’ – an illuminated outline of the car’s glasshouse that greets drivers as they approach the car. This serves as a powerful nocturnal visual identifier for the Proceed Concept, highlighting its fastback shape.

The concept’s dramatic roofline flows into a tailgate characterized by its stacked air vents, and the rippled surface of a rear light strip inspired by molten ferromagnetic metal.

Among the Kia familiar design motifs are the ‘tiger nose’ grille, the sculpted ‘island’ hood inspired by the Stinger, the castellated windscreen, the full-length roof glazing, and the surface treatment featuring a mix of curved surfaces and taut creases.

The concept is finished in bespoke ‘Lava Red’ paintwork. This has been created by combining multiple hand-applied layers of black, chrome-effect silver, and red-tinted lacquer for a glossy, lustrous paint finish.

Gregory Guillaume, Chief Designer Europe for Kia Motors, commented: “With many European drivers now seeking performance alternatives to the three-door hot hatch, we began thinking about a different halo model for the cee’d family. The Proceed Concept represents a bold new vision of how the vibrant soul of the pro_cee’d could be reincarnated and revitalised for a new generation of performance-oriented drivers.”

Kia will unveil the Proceed Concept on 12 September at the 2017 Frankfurt Motor Show. 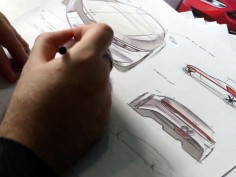 PROCEED’URE: the design of the Kia Proceed (video)

A short documentary shot by a French student multimedia group that gives some insights on the development and design of the Kia Proceed Concept.