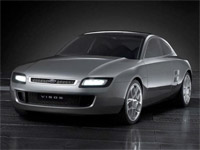 The leading designer was appointed Director of Design, Ford Asia Pacific and Africa, in June 2010. In this position, he has overall responsibility for the design of new products developed within the Australasia, Asia and Africa regions. He is based in Ford’s Asia Pacific and Africa Product Development Centre in Melbourne, Australia, and reports directly to Martin Smith, Executive Design Director, Ford of Europe.