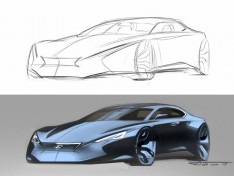 Beyond the limits of real-time realism: Uses, necessity and theoretical foundation of non-realistic Virtual Reality. 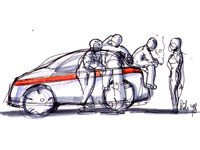 In: Hettinger, L.J., & Haas, M.W., Psychological Issues in the Design and Use of Adaptive, Virtual Interfaces. Erlbaum, in press (2000).

Many of these tasks currently impose a high burden on the userâ€™s abilities for mental imagery, assisting the user only with two-dimensional views and TV images over which the user has no control. Virtual Reality allows its users to apply exploratory perceptual and motor skills to their task rather than to spatial problem solving.

Most work in developing VR has been aimed at reproducing the natural world, making the stimulation the observer receives undistinguishable from the â€˜realâ€™ thing. We argue that this “stimulation correspondence” view of VR has a number of drawbacks if we want to make optimal use of VR as a tool.

Correspondence to the natural world is not always necessary or even desirable, is often wasteful, and tends to inhibit the development of new possibilities that VR offers.