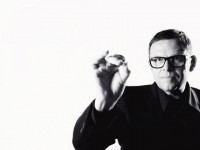 Schreyer says designers need to stay ahead of customers’ expectations

When Kia Motors released its ambitious K-series, represented by the premium sedan K9 earlier this year, auto enthusiasts were more than thrilled.

The vehicles were nothing like the ones Kia had shown before. The cars’ faade resembles that of a tiger and the interior is sleek like a panther. “A true era of the Kia sedan has opened,” a commentator said at the time of release.

Behind the rejuvenation of the car maker was Peter Schreyer, chief of design at Kia, formerly the driving force behind the phenomenal success of the Audi TT.

Now Schreyer has become one of the most admired industrial designers of the time and is planning to introduce K-sisters, K3 and others.