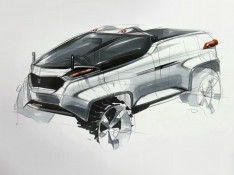 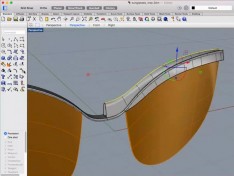 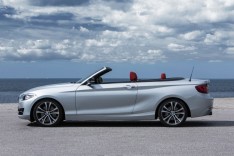 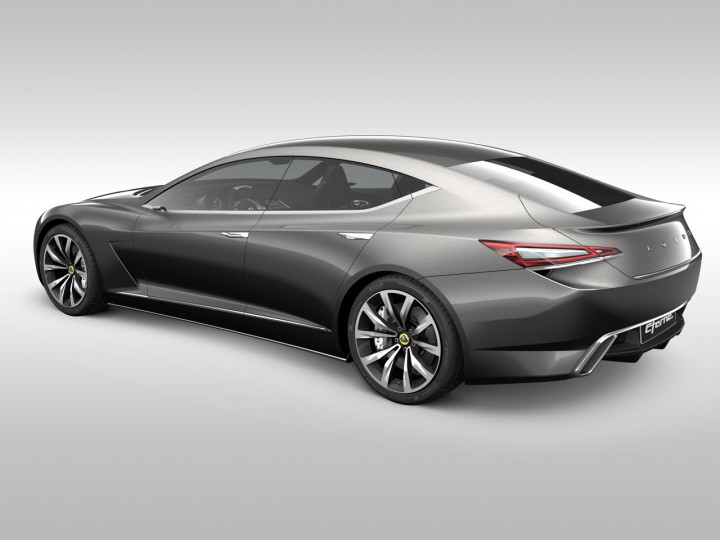 Presented at the 2010 Paris Motor Show, the Lotus Eterne Concept is a four-door, four-seater sporty sedan that previews a production model expected for 2015. The renewed brand’s design language is combined with a 5.0 liter V8 engine delivering 620 hp. 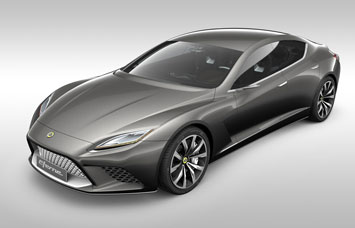 Among the five concepts presented by Lotus at the 2010 Paris Motor Show, the Eterne is the only four-door model and the only one with a totally new name.

The design uses some of the styling elements introduced with the Elite Concept, such as the arched roofline that descends giving form to the rear spoiler, the shark-shaped front end, the large shoulders and the triangular tail lights.

The exterior includes a number of chromed details that underline the premium GT nature of the car. 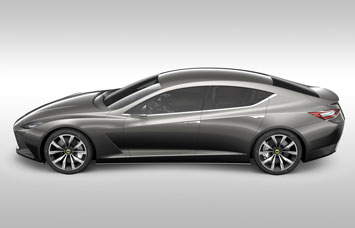 The Eterne is the heavier model in the renewed line-up, with a total weight of 1,800 kg. 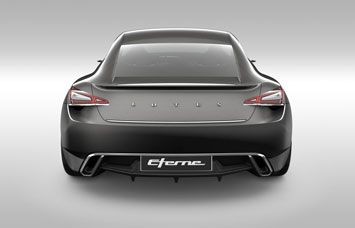 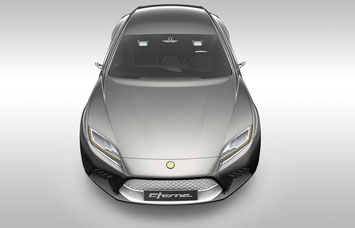 Dany Bahar, Chief Executive Officer of Group Lotus, said: “The biggest difference between the Eterne and it’s class competitors is that it’s not an evolution of an existing two-door model, it’s a deliberate and considered stand-alone creation. It’s the ultimate four door sports car.”