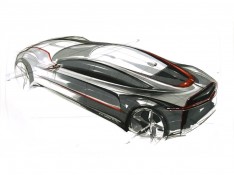 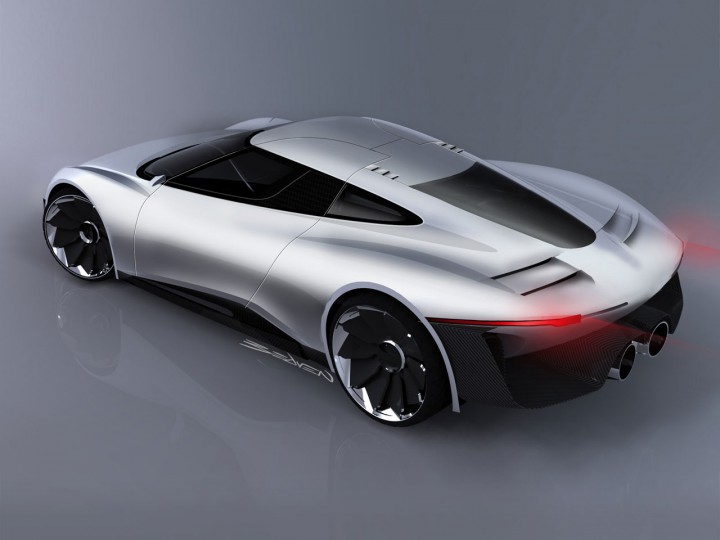 Celebrating the brand’s 75th anniversary, the Jaguar C-X75 Concept is a hybrid sportscar powered by four electric motors and two gas turbines, for a total output of 795 hp. It previews the design evolution for the future models. 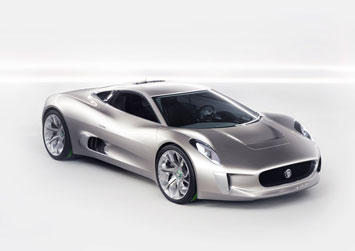 Presented at the 2010 Paris Motor Show, the Jaguar C-X75 is a statement of the brand’s technology and a preview of the design direction for future line-up.

The car has a unique powertrain with four electric motors, that deliver a total output of 780 hp and a torque of 1,600 Nm.

Two micro gas-turbines, spinning at 80,000 rpm, serve as range extenders and increase the autonomy from 110 km – when running on purely electric power – to 905 km. 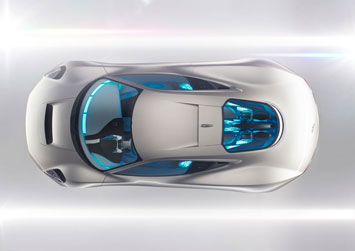 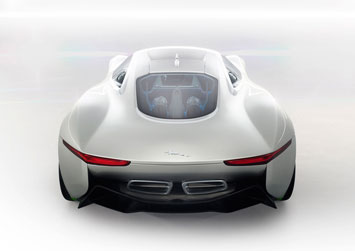 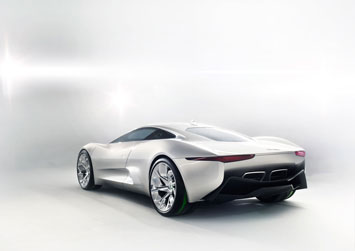 The exterior design features a simple central fuselage surrounded by prominent wheel arches and the body is shorter and lower than the average supercars.

The formal language uses "natural, flowing lines and simple, elegant forms", which are also inspired by past models such as the 1950s C-Type and D-Type racers and the 1966 XJ13 Le Mans.

Thanks to the absence of a conventional piston engine, designers had maximum freedom in placing the mechanical components. 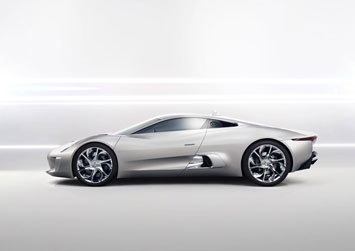 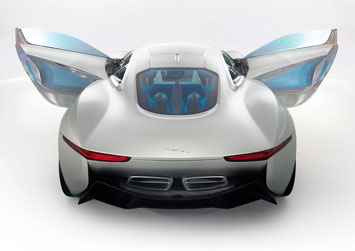 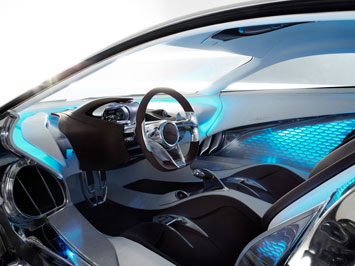 Jaguar Design Director Ian Callum has commented: “The C-X75 is everything a Jaguar should be. It possesses remarkable poise and grace yet at the same time has the excitement and potency of a true supercar.

"You could argue this is as close to a pure art form as a concept car can get and we believe it is a worthy homage to 75 years of iconic Jaguar design.”

The futuristic interior features fixed seats: the steering wheel, controls, main binnacle and pedal box all adjust towards the driver.

The onboard controls use a new user interface with a high resolution TFT touch screen which uses digital graphics inspired by racing cars and fighter aircrafts. 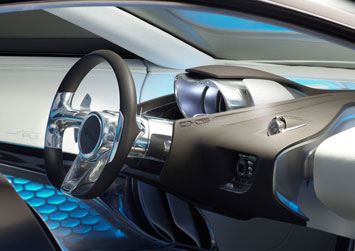 The C-X75 has an extruded and bonded aerospace-inspired aluminium chassis clad in panels of the same material.

The body adopts active aerodynamics technology: the front grille and brake cooling vents open only when necessary, and at higher speeds the rear diffuser is lowered automatically and the vertical control surfaces positioned at the rear corners automatically engage to direct airflow aft of the rear wheels for increased stability and efficiency.

Each of the micro gas-turbines weighs just 35kg and produces 70kW of power at a constant 80,000rpm.

Developed in partnership with Bladon Jets, the miniaturised turbine blade – the first viable axial-flow micro-turbine – increases the compression and efficiency of micro gas-turbines to the point at which they can be viewed as a realistic power source. 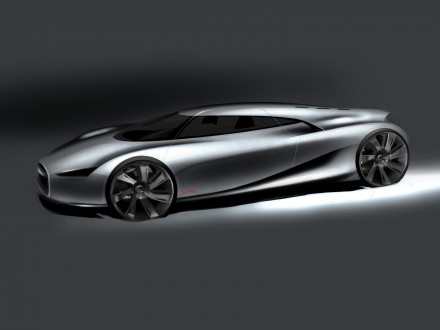 At the Clerkenwell Design Week in London (24-26 May 2011) Jaguar is showcasing a bespoke art installation that illustrates the design development of the C-X75 Concept. 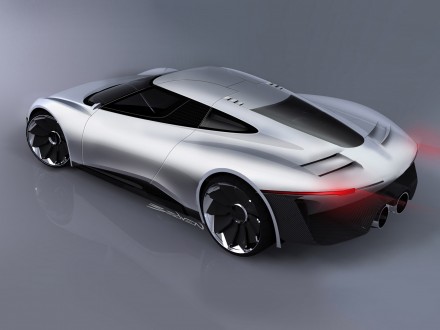 Jaguar has announced that it will produce a limited series of 250 units of the C-X75 Concept first unveiled at the 2010 Paris Motor Show. The hybrid supercar will be developed in partnership with William F1.