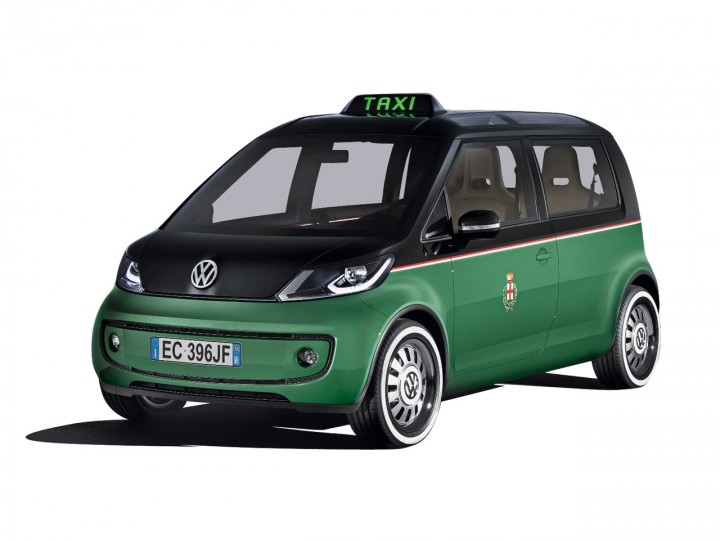 At the recent Hanover Trade Show Volkswagen has presented the Milano Taxi Concept, a design study of a mass-market, compact and emission-free taxi with an electric powertrain that allows for a range of up to 300 km. 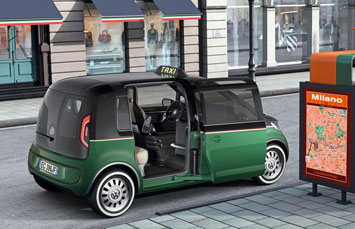 The new Volkswagen Milano Taxi concept has made its debut at the Hanover Trade Show.

The concept, finished in the traditional green and black of Milan taxis, is presented as a study into the viability of a mass-market, emission-free taxi powered by an electric motor.

The motor, which is capable of generating a peak of 115 PS, is fed through a lithium-ion battery integrated into the underside of the vehicle with a storage capacity of 45 Kilowatt-hours. This, combined with a kerb weight of 1,500 kg, allows the Milano Taxi concept to travel at speeds of up to 74 mph and up to 186 miles between charges.

In addition, the charging time of the lithium-ion batteries has been substantially reduced with over 80 per cent of its total capacity being reached in just over an hour. 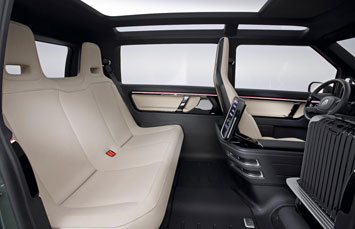 Along with an innovative drivetrain, the Milano Taxi concept features clever packaging to make the vehicle as practical and friendly as possible for its occupants.

Despite measuring just 3.73 metres in length, 1.66 metres in width and 1.60 metres in height, making it shorter and narrower than the Fox, the Milano Taxi concept is capable of carrying two passengers in comfort with a glass panel roof creating a bright and, with 944 mm of headroom, spacious environment.

Measuring 120 mm, the rear legroom rivals that of luxury saloons.

Substantial space is also assigned at the front of the car to carry luggage while entry to the vehicle is made easier and more practical through the integration of a large door that both swivels and slides forward. 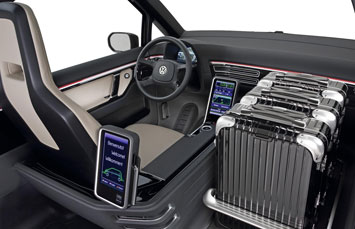 Once aboard, the passengers can access an LCD display mounted on the reverse of the driver’s seat to see an overview of the route being taken, pay the fare or change the climate functions in the back of the vehicle.

The driver is faced by a similar screen that can be personalised to show any combination of information relating to the vehicle systems, passenger fare or navigation functions.

Intricate headlights featuring integrated LED running lights frame a bonnet that, through the absence of a grille, is able to sweep down into the front bumper and create a bold, simple appearance. At the rear, the lights fit neatly into the window panel yet sit separately from a pair of 60:40 split doors. 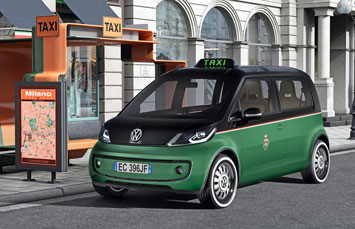 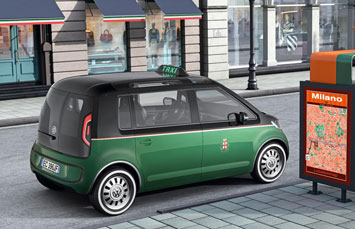 The Milano Taxi is presented as a concept. Volkswagen continues to work towards its strategy to launch its first electric vehicle by 2013. 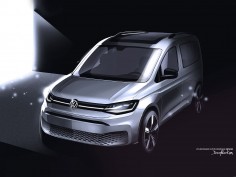