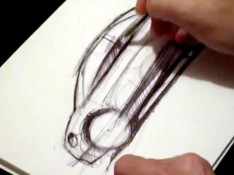 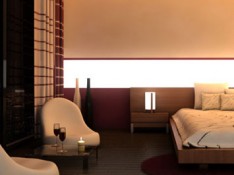 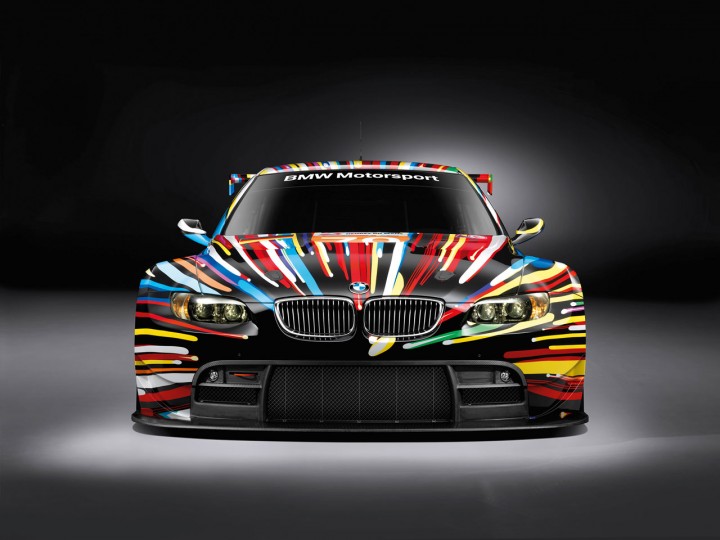 BMW has unveiled its 17th Art Car, created by American artist Jeff Koons. The sportscar – which will race at the 24 Hours of Le Mans – has an exterior with bright colors evocative of power, motion and energy and a silver-colored interior. 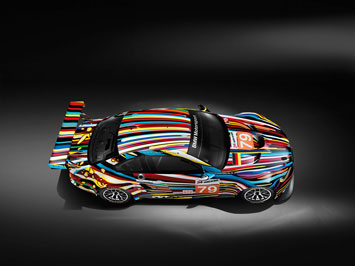 The 17th Art Car- based on a race-ready BMW M3 GT2 – was unveiled by BMW on June 1 in the Centre Pompidou – the same place where Roy Lichtenstein back in 1977 first presented and signed his Art Car.

Koons’ Art Car uses bright colors on black, which are evocative of energy and motions. The artist worked with actual 3-D CAD models of the BMW M3 GT2to simulate the application of the graphic to the car’s surfaces and evaluate it from all angles.

The actual car was created at Schmid Design, (ORT), Bavaria. The hundreds of colored stripes were digitally printed on car wrapping vinyl, covered by a double clear-coating to bring out the color and then applied onto the entire car as well as on individual spare parts.

Jeff Koons is an American artist known for his giant reproductions of banal objects such as balloon animals produced in stainless steel with mirror finish surfaces, often brightly colored.

BMW has announced that the 17th Art Car created by Jeff Koons will race at the next 24 Hours of Le Mans. 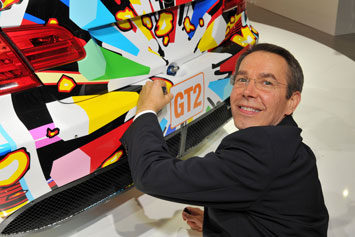 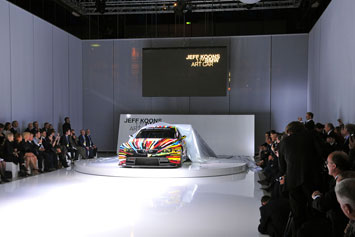 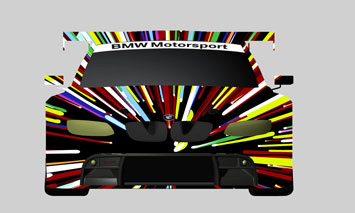 As part of his creative process, the artist collected images of race cars, related graphics, vibrant colors, speed and explosions.

The resulting artwork of bright colors conceived by Koons is evocative of power, motion and bursting energy. Its silver interior along with the powerful exterior design, the Art Car will impart a dynamic appearance even when it’s standing still.

“These race cars are like life, they are powerful and there is a lot of energy,” said Koons. “You can participate with it, add to it and let yourself transcend with its energy. There is a lot of power under that hood and I want to let my ideas transcend with the car – it’s really to connect with that power”.

Koons has been in an intense collaboration with BMW’s team in Munich for months – melding his skill with sophisticated BMW engineering – to ensure that the 17th BMW Art Car will be race-ready for the 24 Hours of Le Mans.

Traveling back and forth to Germany many times since the February 2 announcement that Koons would create the 17th BMW Art Car, the artist has worked with the BMW engineering and design teams to conduct in-depth explorations of materials and application options that will prove crucial to optimizing both the aesthetic and aerodynamic attributes of the race car. 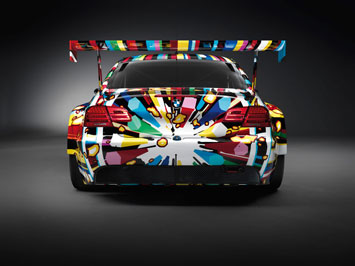 Working with actual 3-D computer-aided design (CAD) models of the BMW M3 GT2, Koons could simulate the application of the graphic to the car’s surfaces and evaluate it from all angles.

Koons even donned a helmet and joined BMW’s American Le Mans Series race team for testing in Sebring, Florida, on February 23. Koons was able to experience the M3 GT2 at race speed to further inspire his design.

As Koons describes it, he witnessed “the raw unfiltered performance” of the M3 GT2 from the seat of a historic BMW M1 race car. Koons also drove a BMW M3 Coupe on the circuit to further the dynamic exercise.

Under Koons’ direct guidance and supervision, his BMW Art Car was produced in assistance with a team of BMW engineers and designers at Schmid Design, (ORT), Bavaria.

The challenge to create the BMW Art Car had to do with using a light material and a design that would not interfere with the racecar’s aerodynamics and weight. 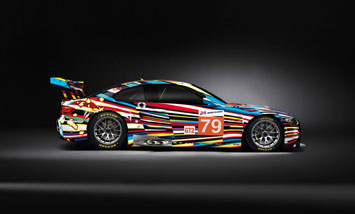 Timing was also an issue, as there was only a two month window between the first design sketches and the Paris world premiere. This is why digital print on car wrapping vinyl was used covered by a double clear-coating to bring out the color.

To apply hundreds of dynamic lines of Koons’ design onto the car, CAD designs were translated from 3D into 2D for the printing process and then painstakingly applied to the entire car as well as onto individual spare parts.

Koons design incorporates many bright contrasting colors to communicate the aesthetics of power.

The concept design was transformed into hard eged lines of color. Graphics of debris were added to the rear sides and back of the car to similute the power of the car. 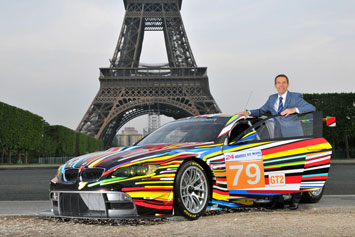 Furthermore, two graphic rings on the rear of the car represent supersonic acceleration.

The germination of Koons’ collaboration with BMW began in 2003, when he expressed his desire to create a BMW Art Car.

His relationship with BMW started more than two decades ago when he drove a BMW while residing in Munich, home to the BMW Group headquarters.

Koons is known for his heartfelt appreciation of cars. Earlier this year he was even recognized by music icon Bono of U2 as one of the ideal artists to design a car that would make the world fall in love with automobiles again. 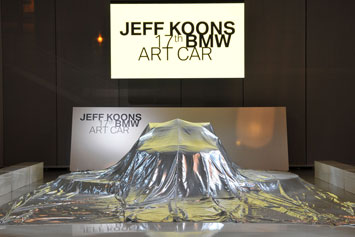 Koons’ creative process for the BMW Art Car mirrors techniques, some borrowed from transportation design and development, which he regularly employs for his artistic production.

For example, in the creation of Koons’ monumental sculptures, his studio uses 3-D CAD models to evaluate the surfaces, assembles them via methods found in bike chop shops, and paints them in a manner based on sophisticated automotive painting techniques.

The 24 Hours of Le Mans race 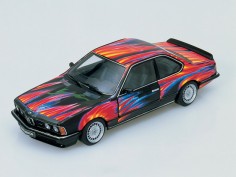 In 1982 Austrian painter Ernst Fuchs created the fifth Bmw Art Car, a 635 CSi. He took his inspiration from a dream he had when he was young. 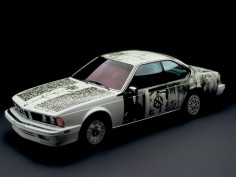 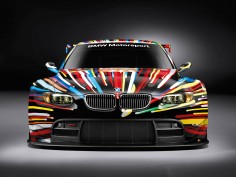