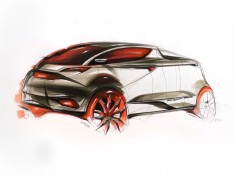 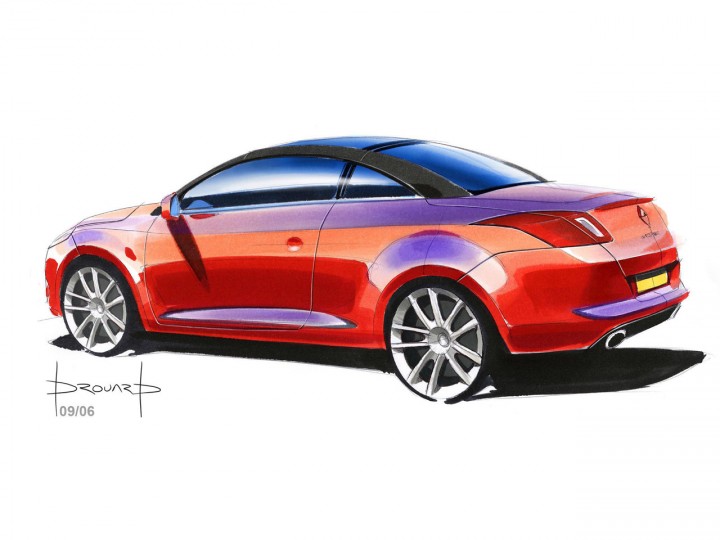 Renault has released new images of the the New Me?gane Coupé-Cabriolet, which goes on sale this month. Among the design elements are the large high-gloss finish folding glass roof and the rear LED lights. 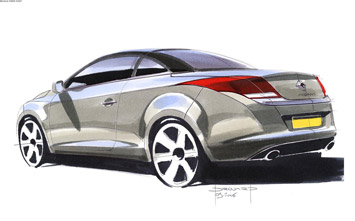 Going on sale this month, the Renault Mégane Coupé-Cabriolet completes the renewal of the New Mégane family.

The design of the New Renault Mégane Coupé-Cabriolet builds upon its Mégane CC predecessor, with an increase in dimensions.

Distinctive styling elements include satined chrome trim which frames the windshield and runs along the beltline surrounding the cabin. The front-end is borrowed from the Coupé, and the side view has the typical Mégane profile line, 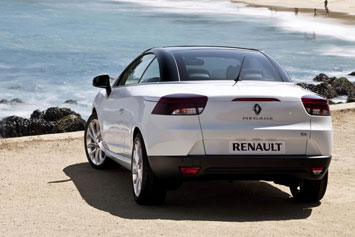 Inherited the looks of its predecessors, the design of the Mégane family’s latest addition, New Renault Mégane Coupé-Cabriolet, has been styled to seduce. Thanks to its graceful lines and high-gloss finish tinted black glass roof, the car exudes elegance and distinctive style.

Thanks to New Mégane Coupé-Cabriolet’s length (4,485mm, an increase of 130mm over its predecessor) and wheelbase (2,609mm, +87mm), the silhouette is more sleek.

The front end is characterized by the model family’s hallmark sweeping feature line across the hood and the same bumper as the Coupé version, while the redesigned, sculpted boot-lid incorporates the upper part of the new rear light clusters.

The large folding glass roof, already present on the Mégane II Coupé-Cabriolet, is 10 percent bigger on the new model and allows for great visibility and lets into the cabin a generous amount of light. 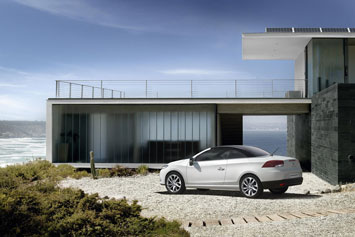 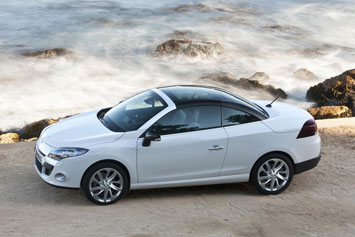 It features a combination of its dark tint, gloss black pillars and satin-effect chrome windscreen frame and waistline that tell you this is a cabriolet, even with the top up. 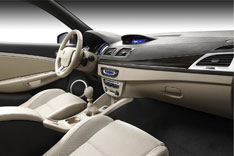 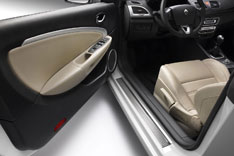 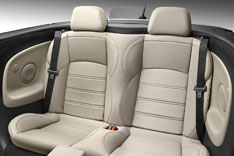 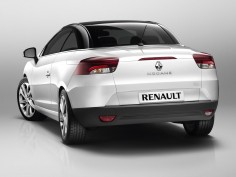 The official images and information released by Renault for the New Mégane Coupé-Cabriolet. The model will debut at Geneva and will feature a large foldable black glass roof and satin chrome trims. The launch is expected for next... 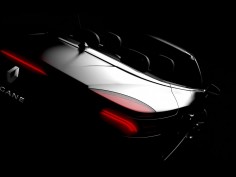 Renault has released the first image of the New Mégane Coupé-Cabriolet, the sixth model in the Mégane line-up, which will feature a foldable glass roof and will make its official debut at the 2010 Geneva Motor Show. 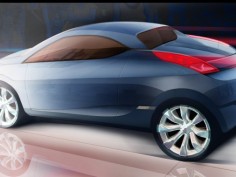 The official information and a gallery of sketches and photos from the design and development process of the Renaul Wind, the compact coupé-cabriolet presented at the 2010 Geneva Motor Show.