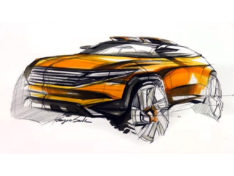 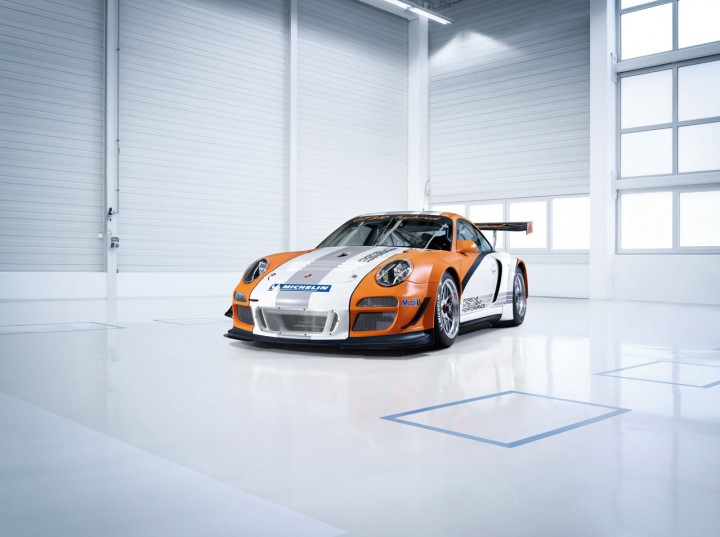 At the 2010 Geneva Motor Show Porsche will present the 911 GT3 R Hybrid, a racing-only sportscar powered by a hybrid powertrain delivering 480 hp and featuring an electrical front axle drive with a flywheel generator and two motors capable of providing an additional 60 kW boost . 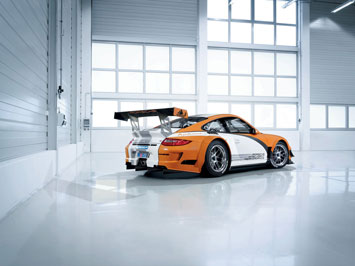 Imagine driving all-out with a howling beast of an engine producing nearly 500HP right behind you.

Now imagine your passenger is a kinetic energy reclamation flywheel that can give you a 7-second power boost whenever you might desire it.

This isn’t a scene from a science-fiction movie or a video game; it’s an impression of what it must be like to be part of Porsche’s “Racing Laboratory”.

Sounding very much like a completely awesome science project, the 480HP flat six still drives the rear wheels from behind the rear axle, but it has the help of an electrically-driven front axle. 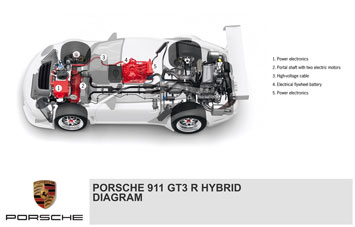 At the driver’s disposal are two 60kW motors up front that are powered by the flywheel and battery in the passenger seat.

This racing-only vehicle is meant to showcase the Porsche Intelligent Performance philosophy, and is set to endure 24 hours on the Nürburgring’s Nordschleife May 15-16.

A Porsche 911 GT3 R with innovative hybrid drive will be unveiled at the Geneva Motor Show in March, taking the evolution of the iconic sports coupe to new levels in motor sport and opening a new chapter in an illustrious racing record that has witnessed more than 20,000 victories in 45 years. 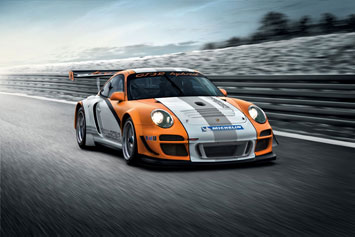 After its debut in Switzerland, the 911 GT3 R Hybrid will be tested in long-distance races around the Nürburgring, Germany.

The highlight of this test programme will be the 24 Hours race around the 14-mile Nürburgring Nordschleife circuit on 15/16 May.

However, the focus is not on the 911 GT3 R Hybrid winning the race but rather serving as a spearhead for the technology and a ‘racing laboratory’ that will provide invaluable knowledge and insight on the subsequent use of hybrid technology in road-going Porsche sports cars.

110 years since Ferdinand Porsche – the company’s founder – developed the world’s first car with hybrid drive, the Lohner Porsche Semper Vivus, it is entirely appropriate that Porsche is once again employing this visionary drive concept in a production car-based GT racing programme. 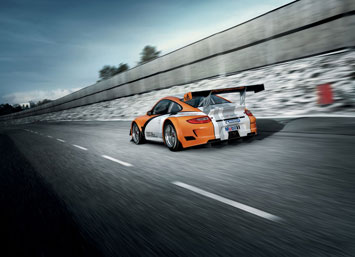 The hybrid technology featured in the 911 GT3 R Hybrid has been developed especially for racing, and is set apart from conventional hybrid systems in its configuration and choice of components.

A further significant point is that instead of the usual batteries of a conventional hybrid-powered road car, this 911 features an electric flywheel power generator – mounted inside the cockpit beside the driver – that delivers energy to the electric motors on the front axle. 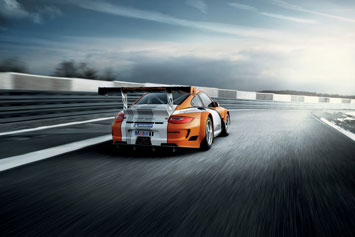 The driver is able to call upon this extra energy from the charged flywheel generator at his command for competitive advantage, such as when accelerating out of a bend or overtaking.

The flywheel generator is slowed down electromagnetically in the generator mode and able to supply up to 120 kW to the two electric motors at the front axle from its resource of kinetic energy.

This additional power is available to the driver after each charge process for approximately 6 – 8 seconds.

Energy formerly converted into heat, and thus wasted, upon every application of the brakes is now converted highly efficiently into additional drive power.

Depending on racing conditions, hybrid drive is used in this case not only for extra power, but also to save fuel. This again increases the efficiency and, accordingly, the performance of the 911 GT3 R Hybrid, by reducing the weight of the fuel tank or making pit stops less frequent, for example. 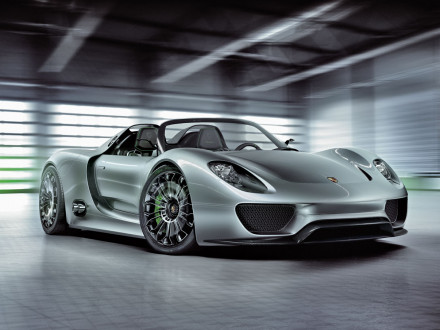 The 918 Spyder Concept presented by Porsche at the 2010 Geneva Motor Show is a two-seater roadster with a hybrid powertrain that combines high performances - 0-100 km/h in 3.2 s - with extremely low emissions - 70g CO2 per km - and consumption - 3... 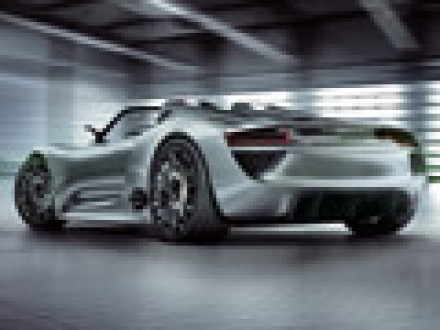 The official video presentation of the Porsche 918 Spyder, the 2-seater high-performance sportscar presented at the 2010 Geneva Motor Show.