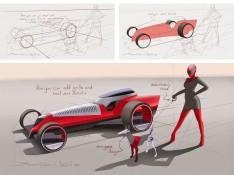 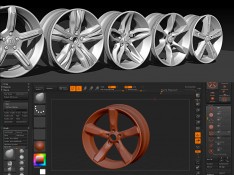 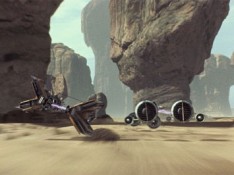 BMW Design: An Analysis of ‘Joy’ 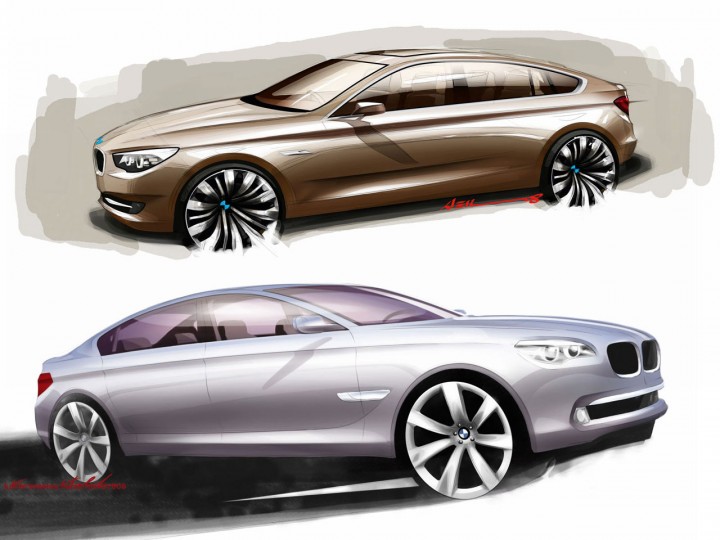 This article is an analysis of BMW’s current global promotional strategy which places huge emphasis on ‘Joy’. It aims to ask what this very short and seemingly simple word may signify for potential consumers and why it has become so important to the brand.

For very many years, BMW branding centered around “Drive“, and the manufacturer proudly promoted itself as the ‘Ultimate Driving Machine.’

This tagline became synonymous with BMW, but in 2008 it began to shift its emphasis on to “Joy“. The following video, provided by the official BMW YouTube Channel, is titled the “Making Of The Story Of Joy’:

It provides a ‘behind the scenes look at the making of the famous ‘Joy is BMW‘ commercial – this commercial is interesting as it doesn’t aim to promote individual vehicles, instead it tells potential consumers the story of the whole brand. 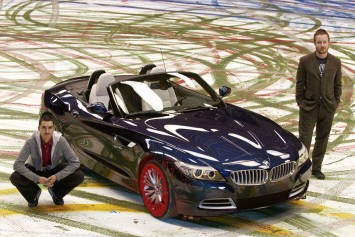 It features the actor Patrick Stewart’s ‘voice-over’ from this advert and sound bites from (it is assumed, though the names of most of the people featured are not included) the US-based advertising agency ‘GSD&M Idea City’ responsible for creating the ‘Joy’ campaign.

“We are a car company, but we don’t just make cars. We, we make joy”…”That’s the story we want to tell the World now.“

The explicit message of this commercial is very simple – it focuses very much on a community of human beings, of all ages and from different ethnic backgrounds “enjoying” their experience of BMW either on their own, or in large groups.

The viewer feels as though being part of this community must be a very positive and magical experience as it appears to make everyone involved extremely happy. 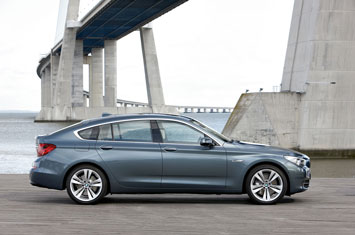 This is all well and good, but what might be the implicit message contained within this message? Why is Joy so important?

There is of course a great deal of competition out there for BMW. It is seen as sporty, desirable and prestigious, but it is not of course the only automotive brand with these credentials.

The decision to purchase a BMW is a statement of a certain social and economic status and of future aspirations, but the same is true of the choice to buy other high-end vehicles. What then does BMW have that other brands don’t? Or more pertinently perhaps, what might BMW feel it represents that other makes of cars don’t?

What about the competition? It is often said that those opting for either a BMW or a Mercedes are very different and that they would not exchange vehicles (or for that matter experiences).

There is however another very serious competitor for the high-end, sporty, dynamic, forward thinking sector of the market BMW likes to occupy – Audi has been around for some years, but over the last decade or so it has really made its presence felt. The following BMW commercial attempts to steer consumers away from Audi:

According to this commercial, BMW owners embraceÂ joy and are successful in their attempts to enter their vehicles. The Audi owner on the other hand is less joyful and not successful in his aim to leap in to his car. 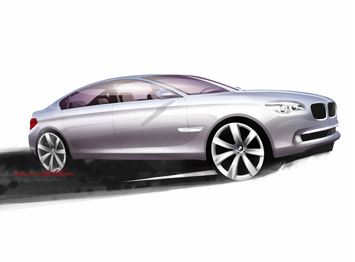 Audi owners then allegedly lack a certain spirit – the spirit needed to succeed – it doesn’t take much extrapolation to suggest that this commercial is insinuating that Audi too lacks that spirit.

Why might this be? Audi of course has a longstanding association with Volkswagen – perhaps this commercial is insinuating that ‘Audi is little more than a glorified VW”. 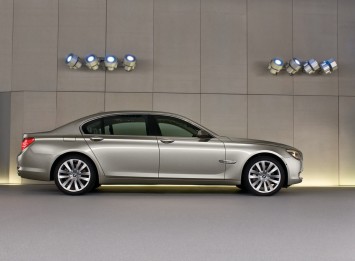 What then is the relationship between joy and success? According to the Anthropologist Lionel Tiger in his excellent book ‘The Pursuit Of Pleasure‘, it is possible that humans follow other humans who enjoy leading and good leaders are successful because they bring joy to those ‘beneath’ them.

“{Politicians} who smile more, do better. Carrot again, not stick, and presumably an activation of the pleasure system rather than the pain process. Smiling could be a critical factor in attracting the support of voters, women as well as men. Constituents may be irritated or intimidated by grim-faced leaders but reassured and enhanced by the smiling variety.” (p.252 – 253)

So this commercial might well be saying that if you want to be successful you’d better embrace ‘Joy’. This commercial is for a Western market, but these same principals appear to ring true elsewhere in the World: 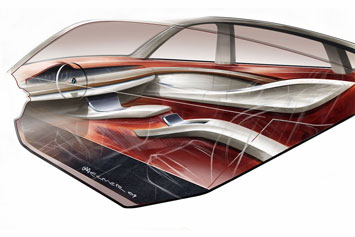 Speaking at the launch of the ‘Joy’ campaign in Singapore, Johannes Seibert, managing director of BMW Asia, stated:

“Our new campaign relates closely to the value system and lifestyle of our customers. Like them, our experience tells us that joy is an input, not just an outcome of success. In other words, joy fuels success. Driving a BMW is beyond sheer driving pleasure. It is an expression of a lifestyle that enjoys success and celebrates joy.“

An important aspect of the ‘Jump For Joy 2′ commercial is that it shows BMW drivers to be supple in their stretch routine.

The Audi owner is far stiffer – he doesn’t get anywhere near touching his toes. This indicates that BMW drivers are allegedly healthier. 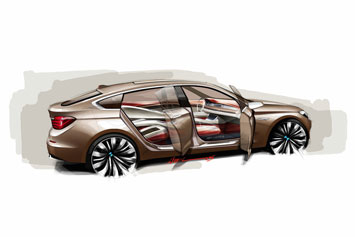 It is notable that health and success may well be closely linked – in the Pursuit Of Pleasure, Tiger states that high status in individuals has been shown to be associated with a healthy constitution.

“{Successful people’s} …body cells seemed to be healthier and more effective. They ended up living longer, with less illness, less tension, and more pleasure than people of lower status…They slept more soundly than the average person, had better diets, and exercised more.” (p.256)

In the very rational, measured and ordered World we live in, joy and pleasure can be seen as very irrational and indulgent emotions – indeed emotions that distract us from being disciplined and keeping a routine.

Why would anybody rationally choose to enter their car in the way the characters do in the ‘Jump For Joy’ commercial? According to Lionel Tiger however, humans are actually ‘programmed’ to seek out pleasurable experiences.

“Pleasure is the evolutionary legacy that suggests which behaviors, emotions,Â social patterns, and patterns in taste served us well during our evolutionary history. They were experienced as pleasures and encoded into or formative genetic codes.”Â (p.23) 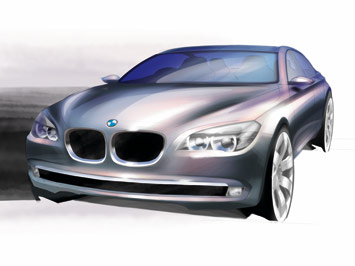 Perhaps BMW have seen the advantages in this way of thinking too, for unlike acceleration, top speed, ‘Break Horse Power’, sporting pedigree and depreciation, ‘Joy’ is incredibly difficult to measure â€“ we humans just know when we are experiencing it. Because it is difficult to explain it seems quite irrational and holds a certain ‘magic‘ – it is just something we thrive on, prefer over alternative feelings and navigate towards.

Perhaps, with build quality becoming increasingly good, ‘0-60′ times virtually indistinguishable between competing brands, and safety, reliability and in-car entertainment seen as a given, BMW have come to the conclusion that actually, this indefinable characteristic is currently the most important thing that can separate their brand from a competitor like AUDI.

Perhaps to affirm this, in a recent interview with Monocle.com, Adrian Van Hooydonk states that (08:05):

â€œBuying a BMW probably is not 100% rational â€“ or actually I”m pretty sure it isn”t. But luckily enough there are still enough people that make these irrational decisionsâ€¦â€ 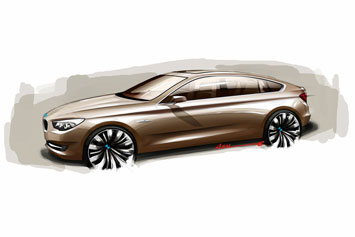 There is maybe more to The Story Of Joy. In this article, ‘Joy’ has so far been associated with a very outward expression of emotion, but inner joy is extremely important too.

In the interview with Monocle.com, whilst commenting on the new BMW 5-Series GT, Adrian Van Hooydonk adds that (09:45),

“One of the stories behind this vehicle is that it is about inner luxury.“

He goes on to compare BMW’s thoughts behind this vehicle with how some consumers may see a visit to a health spa – a luxurious experience which one will seemingly want to keep to one’s self. The interior of the 5-series GT is certainly luxurious and BMW have been careful to inform potential customers that this vehicle is about traveling in comfort whilst retaining a real sense of dynamism.

This type of approach may well suit older consumers – as it is often said that as we age, we become more conservative, more reserved in our tastes and far less ’showy’ in our external appearance.

And as demographics show a trend of an aging (yet healthy) population, this type of strategy may well prove to be very intelligent on the part of BMW. 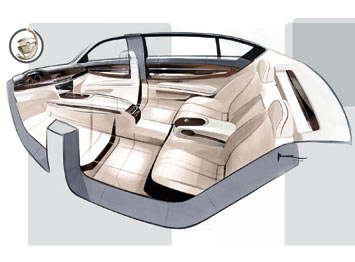 ‘Inner Joy’ could have even more significance related to the times we live in.

Currently amongst the media-savvy public there is a move against what is often termed as “Globalization” and the consumption that is associated with it – consumption is of course linked to the recent (or current) recession that developed countries have fallen in to.

Consumption too is linked with the incessant extraction of the World’s finite natural resources, a cause that has become increasingly highlighted over the last few years and looks set to have been permanently embedded in the public consciousness.

Downsizing and de-cluttering are trends which have recently seen an increase in popularity, perhaps as a reaction to the recession, but also too as a backlash against what are seen as the “unnecessary evils” of consumerism.

In the Monocle.com interview, Adrian Van Hooydonk states that the research teams at BMW saw the environmental movement coming and that due to the recession, people are thinking longer and harder about the things that they buy.

BMW have been very careful to point out that the new 5-Series GT affords the same level of headroom and comfort as a long wheel-base 7-Series, but in a 5-series footprint.

So for potential customers who may be wary of buying a large, expensive vehicle which might well be seen as the archetype of all the negative associations of consumption, an alternative choice might be to purchase a car which appears to be far more of a “hatchback” â€“ as a result its exterior styling is far more innocuous as these types of vehicles are associated more with “family” and less with “business”.

In the following video, Adrian Van Hoodonk states that (1:15):

So, as well as being a message to older consumers, this sentence might be aimed at those worried about looking affluent and being seen to be consuming in the times we live in.

Perhaps then, ‘Joy’ is a well-timed statement encouraging consumption in a manner which is perhaps less conspicuous and less subject to the negative scrutiny of fellow citizens.

This can be evidenced by the ’strap line’ accompanying ‘BMW Efficient Dynamics’, the tag appearing to partner ‘Joy’ in the current promotional initiative. This reads:

‘Joy’ is a very short word and at an initial glance it appears to portray a very simple message, but itÂ seems that the code contained within it is far more complicated than one might first presume.

Aysar Ghassan is a Snr Lecturer in Transportation Design & Design For Industry at Northumbria University. His interests include form, branding and semiotics.