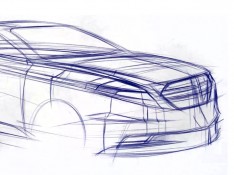 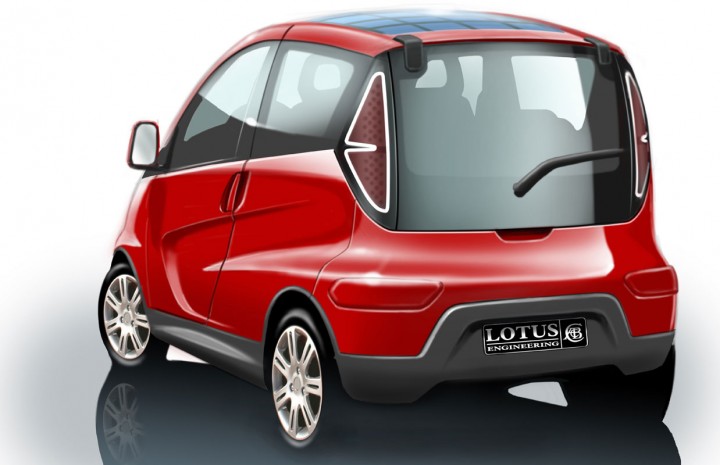 A small team at Lotus has presented a proposal for a modern compact city car, powered by an electric powertrain and featuring a modular aluminum sandwich structure. The project was developed in just two weeks in collaboration with Automotive Engineer magazine. 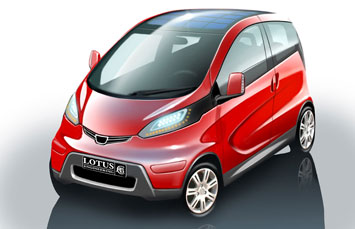 Automotive Engineer magazine asked Lotus to design a vehicle that could evolve the city car concept into new directions, improving on models such as the Smart ForTwo and the Toyota iQ.

In just two weeks a team formed by Head of Design Russell Carr, technical director Simon Wood and vehicle
architect Richard Rackham have come up with a series of sketches and basic layout ideas – about 10% of a concept phase in a normal project.

The resulting car is a compact – 3.7 inches shorter than a ForTwo – city vehicle capable of transporting up to four adults.

It features sliding doors and is powered by a 37 kW electric motor coupled with two blocks of four lithium ion batteries, each providing up to 50 km of range. The second one is an optional equipment which could be used during winter or for extra range.

The car layout is based on a lower thick structure made of aluminum which consists of two rails, similarly to that of the past body-on-frame cars. This sandwich architecture allows to position the batteries under the floor. The rails are joined with sheer panels under the seats and under the batteries. 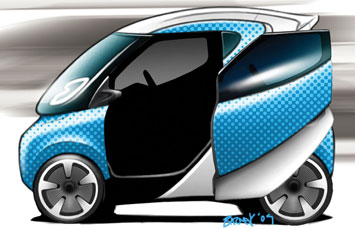 “The simple bonded aluminium lower structure can be stretched for other versions of the vehicle. It’s simple and scaleable for volumes up to 100,000 units.” commented Richard Rackham.

A bulkhead structure supports the steering column and provides side-impact protection. The instrument panel is made of a single moulding which integrates the airbags.

The project was published on the May 2009 issue of Automotive Engineer magazine. The full story by Tristan Honeywill includes many interesting design considerations and is available in pdf format for download.

A video that documents the project is available here or on Autoblog.com. 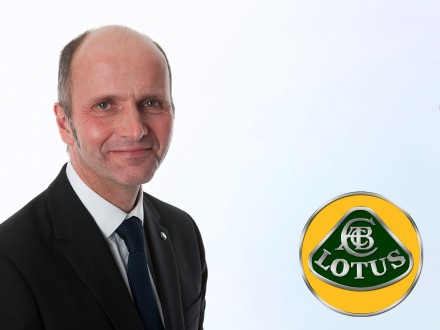 Lotus has announced the appointment of Russell Carr as Head of Design, effective from the 1st of November 2014. He will replace Donato Coco.