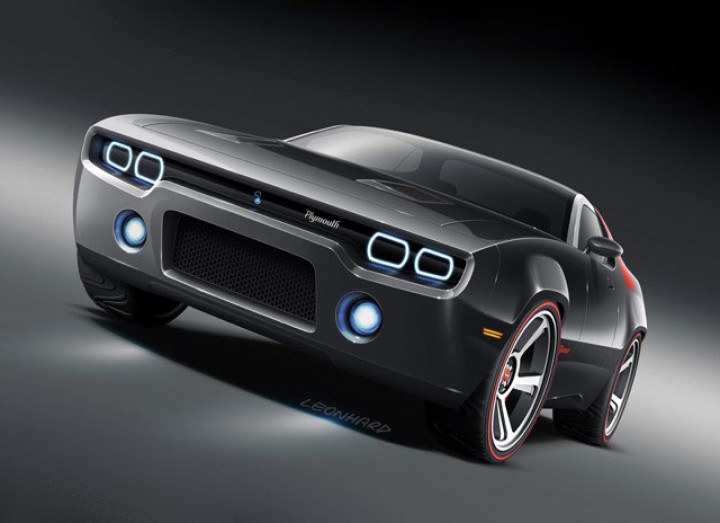 The Road Runner Concept is a design study of a riedition of the Plymouth Road Runner muscle car. It is inspired by the 1971 model and adopts a modern design lanugage while maintaining the character of the original car. It was created by Austrian Michael Leonhard. 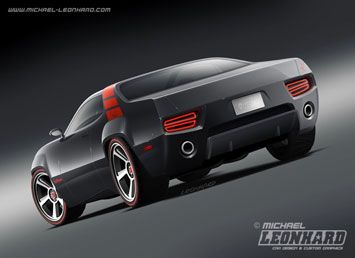 The Road Runner Concept was first shown in 2008 on the cover of Mopar Enthusiast magazine to illustrate a possible return of the Plymouth brand.

The study was created by Austrian independent artist Michael Leonhard.

The design takes inspiration from the Road Runners of the years ’71 and ’72 and adds modernized and futuristic shapes, while keeping the character of the original car. The typical muscle car stance is enhanced by the wheels – 20 inches at the front, 22 inches at the rear.

The powetrain could adopt a 5.7 up to 7.0 liter engine coupled with six-speed manual or automatic gearboxes.

Below we report Michael Leonhard’s description of the design process.

"The front looks dramatic and mean thanks to a headlight section made of tinted glass. Headlights only become visible when they are turned on. 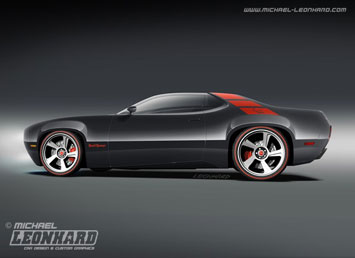 "The same goes for the Roadrunner Logo in the center that is now illuminated. The big grille opening provides plenty of air for the radiator. The hemi-powered monster gets rid of hot air the other way round through the typical hood scoops.

The powerful looks continue on the rear with a big diffusor for improved road grip and a dual exhaust system.

"The taillights are styled to match the headlights and become visible when turned on. To a big part the roof is made of glass except the A-pillars made of aluminium.

The C-pillar becomes a dominating design element on the roof section and carries the typical interrupted Roadrunner grafics. The color of choice for the body is Curious Yellow and Triple Black."

Additional information is available on Autoblog.com. 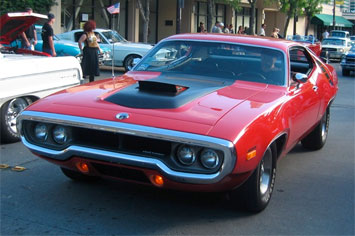 The Plymouth Road Runner was a muscle car built by the Plymouth division of the Chrysler Corporation between 1968 and 1980.

In 1968, although Plymouth already had a performance car in the GTX, designers decided to go back to the drawing board and reincarnate the original muscle car concept.

Plymouth wanted a car able to run 14-second times in the quarter mile (402 m) and sell for less than US$3000. Both goals were met, and the low-cost muscle car hit the street.

In 1970, with the Plymouth Superbird, Plymouth unveils a NASCAR-like car for use on normal roads.

Like the Dodge Daytona, it has a high rear spoiler and aerodynamically shaped, elongated front nose section, and can reach just under 200 mph (more than 300 km/h).

For more information on the Plymouth Road Runner, visit the page on Wikipedia. 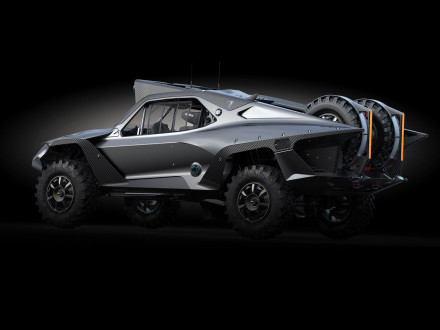