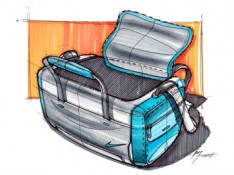 4 Step Marker Sketch of a Bag by Spencer Nuygent 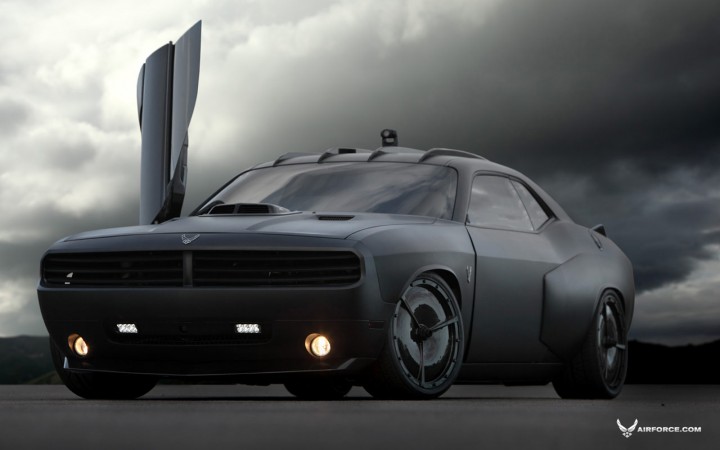 The US Air Force in cooperation with Californian Galpin Auto Sports have built the X-1 Ford Mustang and the Vapor Dodge Challenger, two extreme high-tech concept cars that will be featured in the 2009 Super Car Tour mobile recruiting initiative. 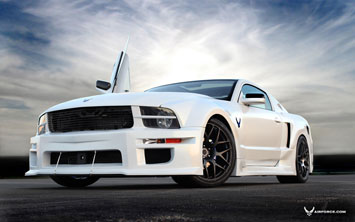 The white Ford Mustang ‘X-1’ and black Dodge Challenger ‘VAPOR’ are Air Force-inspired designs that will travel across the country this year as part of a mobile marketing campaign to inform young people on the career opportunities available within the Air Force.

The vehicles are a combination of form, function and futuristic entertainment all fueled together. 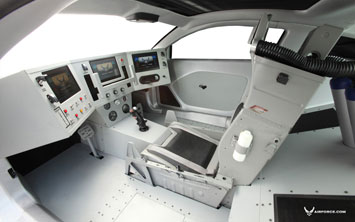 Representing the muscle of the Air Force, the ‘X-1’ Mustang is a heavenly matte-pearlescent painted supercar with a jet cockpit that includes a single-driver ejection seat in center of vehicle, short shifter, flight stick, and advanced instrumentation panel.

The ‘X-1’ also has a concealed motorized steering wheel, custom foot pedals, GPS transponder and the innovative dash is equipped with a touch screen monitor and sensor pack that displays night and thermal vision.

The Vertical doors feature interior panel fabrication to complete the ‘jet-like’ feel of the ‘X-1’, which will appear on the East Coast portion of the Air Force recruiting tour.

Other exterior components include one-off carbon fiber wheels, a custom stealth exhaust mode that allows the vehicle to run in complete silence or you can open up the headers to facilitate the aggressive sound of the engine, shaker hood, radar-absorbing paint, proximity sensors, and a 360-degree camera with ¼ mile range.

The interior of the ‘Vapor’ is complete with aircraft style controls, a passenger side steering wheel, GPS tracking, night and thermal vision via a film on the front windshield, and the most technologically-advanced computer system with remote control UAV-type access from anywhere in the world utilizing the internet.

The ‘Vapor’ also comes with two custom flight helmets in line with the Air Force theme of the vehicle.

Galpin Auto Sports, located in Van Nuys, Southern California, is widely known for its corporate and one-off vehicle designs, through its involvement with various movies and TV projects, including the 2008 “Knight Rider” series’ KITT car, the upcoming movie car in the thriller “The Red Mist” and the acting-home base of MTV’s “Pimp My Ride”.