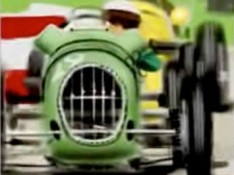 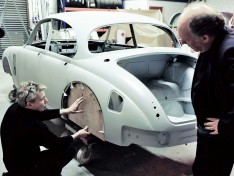 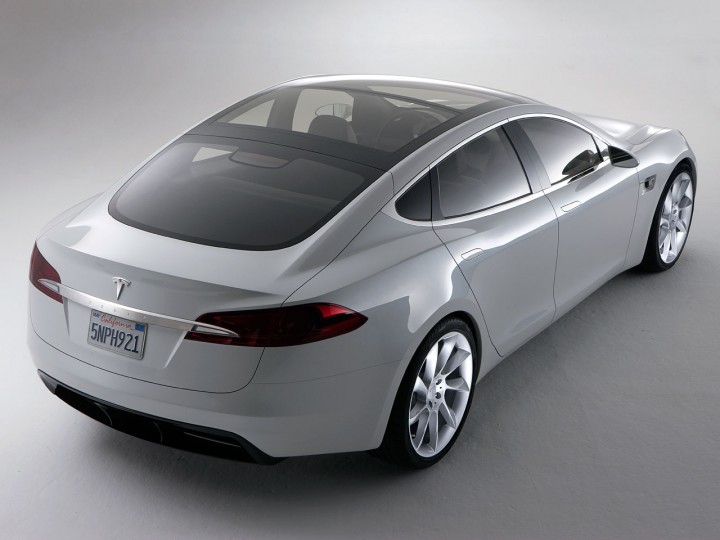 The Tesla Model S is a pure electric sedan that combines a 7-passengers capacity with a dynamic design, a 300 mile range and a quick charge time of 45 minutes. Production is expected to start in late 2011 with a base price of $49,900. 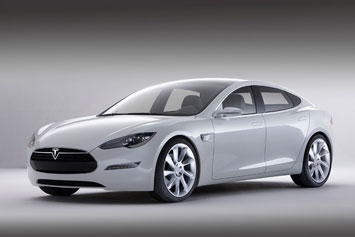 Tesla Motors is now taking orders for the Model S, an all electric family sedan that carries seven people and travels 300 miles per charge.

The Model S, which carries its charger onboard, can be recharged from any 120V, 240V or 480V outlet, with the latter taking only 45 minutes.

The floor-mounted battery pack is designed to be changed out in less time than it takes to fill a gas tank, allowing for the possibility of battery-pack swap stations.

The floor-mounted powertrain also results in unparalleled cargo room and versatility, as the volume under the front hood becomes a second trunk. 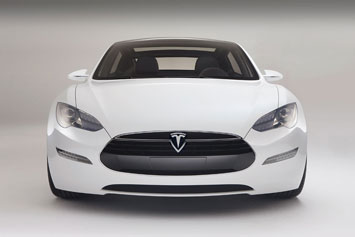 This packaging efficiency gives the Model S more trunk space than any other sedan on the market and more than most SUVs.

The standard Model S does 0-60 mph in under six seconds and will have an electronically limited top speed of 130 mph, with sport versions expected to achieve 0-60 mph acceleration well below five seconds.

A single-speed gearbox delivers effortless acceleration and responsive handling. A 17-inch touchscreen with in-car 3G connectivity allows passengers to listen to Pandora Radio or consult Google Maps, or check their state of charge remotely from their iPhone or laptop.

Tesla expects to start Model S production in late 2011. The company believes it is close to receiving $350 million in federal loans to build the Model S assembly plant in California from the Dept of Energy’s Advanced Technology Vehicle Manufacturing Program. 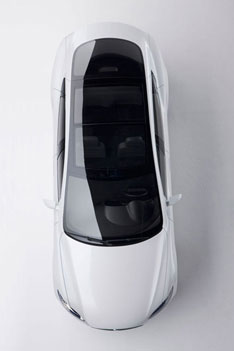 Teslas do not require routine oil changes, and they have far fewer moving (and breakable) parts than internal combustion engine vehicles. They qualify for federal and state tax credits, rebates, sales tax exemptions, free parking, commuter-lane passes and other perks. Model S costs roughly $5 to drive 230 miles – a bargain even if gasoline were $1 per gallon.

The anticipated base price of the Model S is $49,900 after a federal tax credit of $7,500. The company has not released options pricing. Three battery pack choices will offer a range of 160, 230 or 300 miles per charge.

“Model S costs half as much as a Roadster, and it’s a better value than much cheaper cars,” Musk said. “The ownership cost of Model S, if you were to lease and then account for the much lower cost of electricity vs. gasoline at a likely future cost of $4 per gallon, is similar to a gasoline car with a sticker price of about $35,000. I’m positive this car will be the preferred choice of savvy consumers.”

Tesla expects to begin producing the Model S sedan in late 2011 and is currently taking reservations online and at showrooms in California. 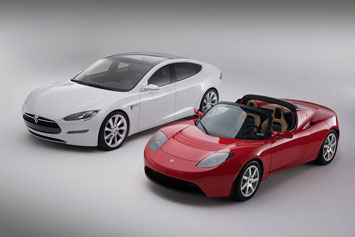 The Roadster, which has a 0-to-60 mph acceleration of 3.9 seconds and a base price of $101,500 after a federal tax credit, is the only highway-capable production EV for sale in North America and Europe.

Tesla has delivered nearly 300 Roadsters, and nearly 1,000 more customers are on the wait list.

The company will open a store in Chicago this spring and plans to open stores in London, New York, Miami, Seattle, Washington DC and Munich later this year. 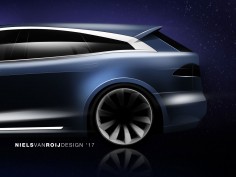 Dutch designer Niels van Roij has revealed the first renders of a shooting brake one-off based on the Tesla Model S and developed through an extensive design research.