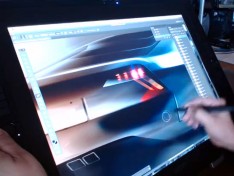 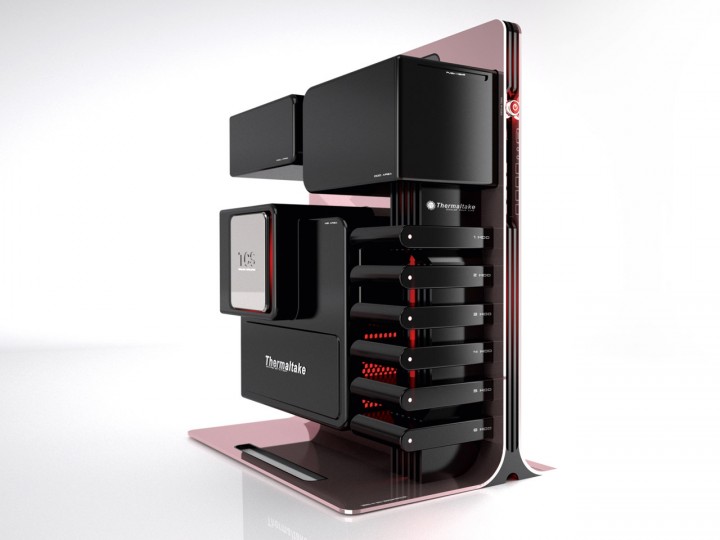 The Level 10 is a design study of a PC case concept created by BMW DesignWorksUSA for Taiwan-based Thermaltake. The design combines an open modular structure with a futuristic computer-inspired look.

"Level 10" is a design concept for a high-end gaming tower prototype that was inspired by the gaming world itself. It was designed by BMW Group DesignworksUSA for Taiwan-based Thermaltake. 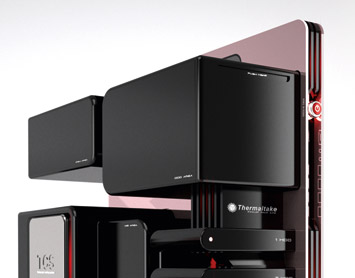 The “Level 10” concept allows gamers to experience the power of their high-end computers through the design itself.  In order to achieve this, iconic design is combined with optimum functionality and innovative details.

By rendering the inside components visible, the design concept focuses on the architectural aesthetics which are inherent in the computers and result from each individually configurable component.

The inspiration for this approach the design team took right from the computer worlds themselves – expressiveness, virtual townscapes and futuristic game components served as orientation for the arrangement and the look of individual components.

These appear within the overall design in the form of an open modular structure that visually appeals to users, offering them additional functional benefits.  Each high-quality component featured by the “Level 10” concept is enclosed within its own protective case, rendering it not only an integral part of the design but also guaranteeing interchangeability and transportability.

Thus the design concept makes considerable allowances for the behaviour of users who wish to use their equipment in many different places and are eager to get it there safely. 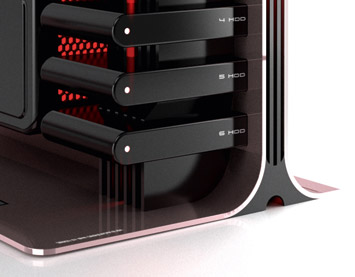 The concept also has an aesthetical answer to the physical necessity for best possible cooling, this also being associated with the virtual world of the gamer.

A smart lock system facilitates the blocking of access in order to protect the valuable modules.

A USB memory key was designed as an extractable “power button” that not only activates the system, but also secures personal system data, rendering it suitable for flexible use.

The design is rounded off by a cleverly devised cable conduit system and light features which communicate a multitude of tower functions such as temperature and memory volumes.

Since the computer worlds themselves supply the context for the conceptual idea, an authentic design has been created that significantly emphasises the functionality of the Thermaltake housing and no longer needs to be concealed inside the chassis. 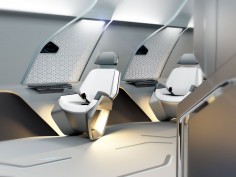