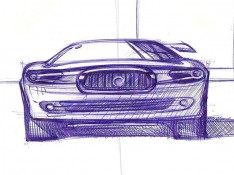 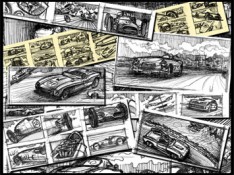 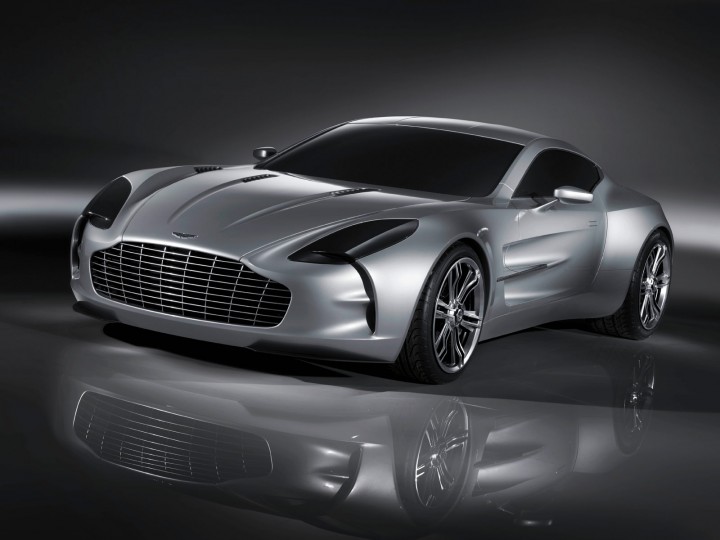 The Aston Martin One-77 is an exclusive GT which will be built in a limited series of 77 units from 2010. Among the main features are the carbon fiber monocoque with aluminum panels and the 7.3 liter V12 aspirated engine with 700 hp . 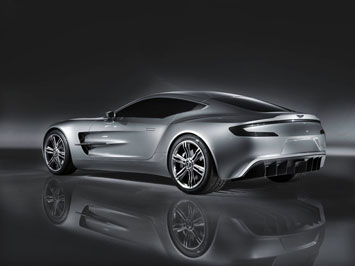 Presented at the 2009 Geneva Motor Show as a full-scale model and the first functional chassis (Chassis no.1), the One-77 represents the "ultimate" Aston Martin.

It combines high-technology with hand-built craftsmanship and expresses the company’s values and capabilities.

The One-77’s structural core is a lightweight and extremely rigid carbon fibre monocoque, or ‘tub’, which was conceived and designed at Aston Martin’s Gaydon HQ in partnership with Multimatic (MTC), a company specialized in carbon composite technology, advanced vehicle analysis and dynamic simulation. 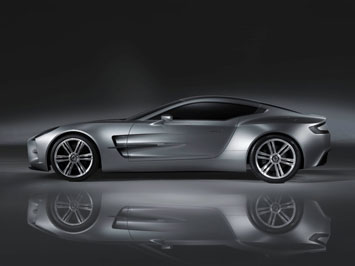 The 7.3 liter naturally aspired V12 engine with dry-sump oil system derives from the 6.0 liter production V12 and was developed in cooperation with Cosworth.

It delivers more than 700 hp and weighs about 25% less compared to the base unit.

The engine is coupled with a six-speed gearbox controlled via column-mounted paddles behind the steering wheel.

A limited production series of just 77 units will start within 2010. 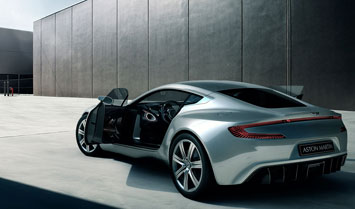 Chris Porritt, One-77 Programme Manager explains: “We wanted to create something that wows you as much when you see what’s under the skin as the exterior styling itself.

"We started by identifying the most technologically exciting front-engined, rear-wheel drive cars in the world: those from the DTM race series. We then applied the principles and technology that feature heavily in their design and translated it to a road car application.”

Employing the classic formula of double wishbones at each corner, the One-77 features inboard suspension front and rear, with pushrods employed to transfer vertical suspension movements to the horizontally mounted spring/damper units. 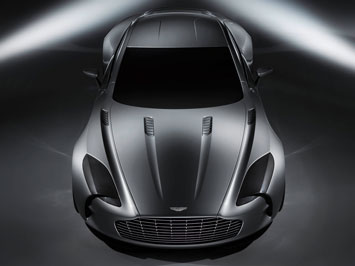 A practice taken directly from racing car design, the main advantages of inboard suspension are a reduction in unsprung weight and the ability to package the suspension components more effectively.

These special valves are state-of-the-art even at the highest levels of motorsport, and use high-precision machined components to enable the shock-absorbing characteristics of the damper to be changed without having to remove them from the car, as is the norm.

The car’s suspension characteristics will be precisely set-up by Aston Martin engineers to suit their exact requirements.

The engine is a 7.3-litre, naturally aspirated V12 unit. Thanks to the adoption of a dry-sump oil system the engine is mounted 100mm lower than in any previous V12-engined Aston Martin road car, which helps keep the One-77’s centre-of-gravity as low as possible.

To further aid agility and endow the One-77 with progressive handling and stable, predictable on-limit behaviour, the engine is also mounted 257mm aft relative to the front wheel centreline.

The One-77’s power unit is an extreme evolution of the 6.0-litre V12 engines fitted to the DBS, DB9 and new V12 Vantage models.

Aston Martin has developed the unit wogether with Cosworth. As Chris Porritt explains“Our brief to the engine team was for them to take the 6.0-litre V12 as far as it could go, both in terms of output and weight reduction. The targets were a power output of no less than 700bhp with a 10 per cent reduction in engine mass.

"The Aston Martin and Cosworth engineers achieved a mass reduction of some 25 per cent, and although we’ve yet to complete the final engine calibration work, I’m confident we’ll see in excess of 700bhp.”

Wearing Pirelli P Zero Corsa tyres (255/35 ZR20 front, 335/30 ZR20 rear) developed specifically for the One-77, all 700+bhp is transmitted to the road through the rear wheels via a new six-speed gearbox, controlled via column-mounted paddles behind the steering wheel.

The braking system uses lightweight Carbon Ceramic Matrix brake technology; the internals of the callipers have been re-engineered to transmit less heat from the brake pads into the brake fluid, while the discs themselves have been developed to ensure the maximum possible contact area between the face of the disc and the brake pads.

Thanks to the front-engined, rear-drive layout, the responsiveness and tractability of a naturally aspirated V12 and the low mass, high-rigidity properties of a carbon fibre chassis, the One-77 promises "a driving experience of unrivalled intensity and excitement." 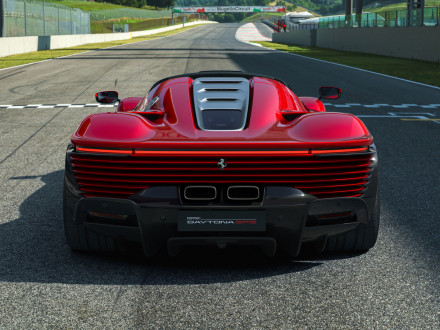 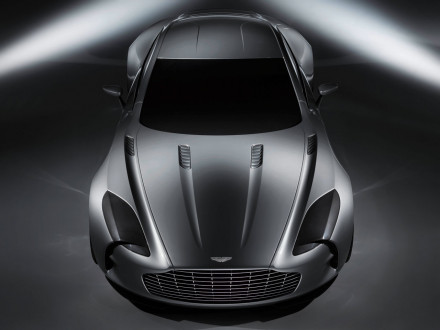 At its world debut the Aston Martin One-77 has won the Concorso d'Eleganza Design Award for Concept Cars and Prototypes in Villa d'Este, on the shores of Lake Como, Italy. 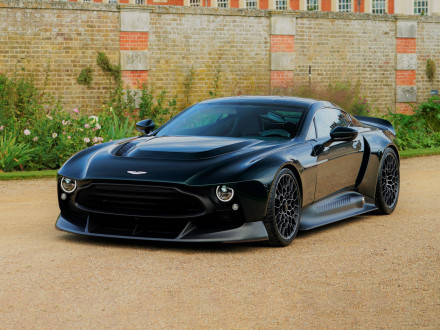