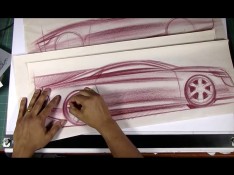 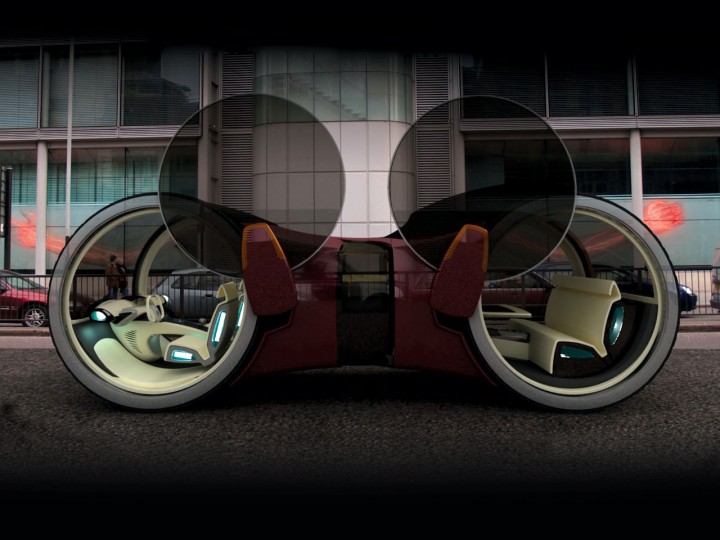 The Volkswagen T6 Concept is a large urban vehicle with an interior that provides a luxury mobile office. The author is Alexander Shukovski from the Ural State Academy of Architecture and Arts.

The T6 Concept was the winner in the Best Lifestyle Interior category at the Interior Motives Design Awards 2008. It was designed by Alexander Shukovski from the Ural State Academy of Architecture and Arts. 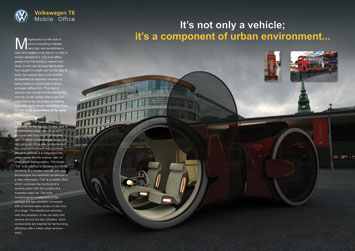 The T6 in targeted to people who ilve in large urban environments: it combines the features of a mobile office with the comfort of a business-class car.

The main design elements are two cylinders connected with a transformable section in the form of a hinge.

The wheels are moved to the periphery of the car body and revolve around the two cylinders.

The car was conceived as a component integrated with the metropolitan transportation system, like a subway or a taxi.

The interior offers a multifunctional luxury space which can be used for standalone work or to organize meetings.

As Alexander Shukovski explains: "One could say, being on the“T-6 means being at work. This is a total paradigm shift of today’s style of work."

The T6 Concept is powered by four electric engines and can be recharged on the move. 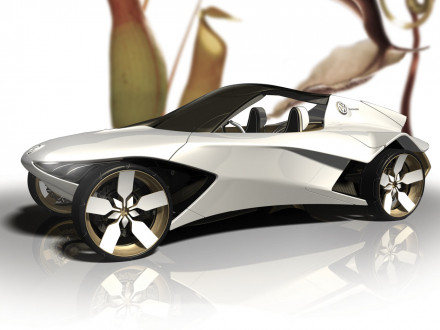 The Volkswagen Nepenthes is a light-looking two-seat roadster focused on strength and lightweight with an exterior made of feminine sharp edges and smooth curves and a comfortable and protecitve interior. The author is Joon Hyung Park from Hong-Ik... 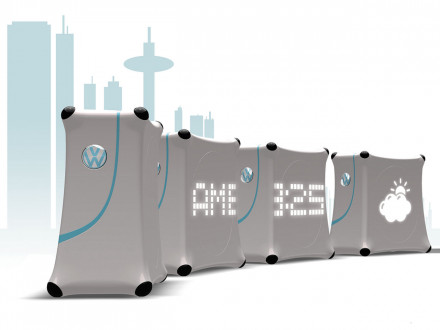 The VW Slimo is a futuristic personal commuter focused on interior comfort. The cabin is based on a multifunctional belt which uses nano shape memory polymers. It was created by Young-Roh Yoon and Sung Uk Kim from the Seoul National University of...