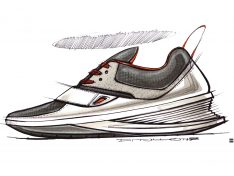 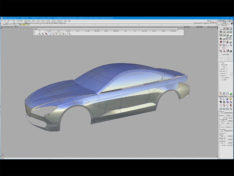 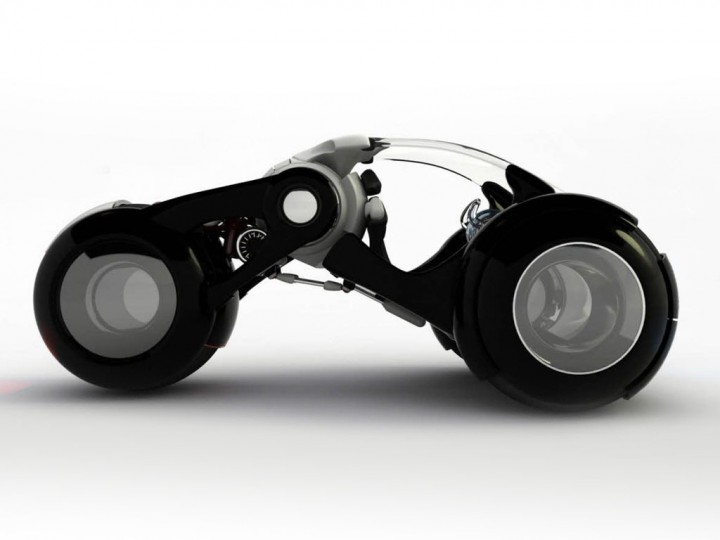 The winning projects of the 5th edition of the Peugeot Design Competition, won by 25 years old student Carlos Arturo Torres Tovar from Colombia, with his RD Concept. Emre Yazici (Turkey) and Lou Ke (China) have respectively placed second and third.

The 5th Peugeot Design Competition closed on 2nd October 2008 with the opening of the Paris Motor Show. This edition, whose theme was "Imagine the Peugeot of the future World Megalopolis", received over 2,500 projects submitted by participants of 95 different nationalities. 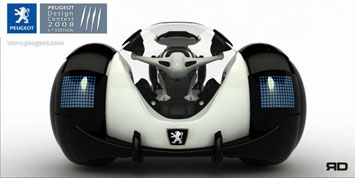 The Peugeot RD concept which functions mainly through an ingenious articulation process, has impeccable road-holding properties, as well as the ability to thread its way easily through urban traffic.

Fitted with an environmentally-friendly electric engine, this single-seater concept car has a driving position that gives a new feeling of freedom with its panoramic view, vocal driving assistance and a head-up display system that gives all the information needed for safe journeys. 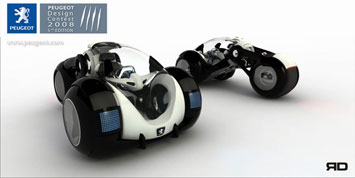 This concept combines the sensations of a 3-wheel scooter with the driving pleasure of a saloon, while retaining the functionalities vital to the combination of these two transport modes… with the addition of silence.

Accessible, tough, and extremely simple, the Peugeot RD concept is perfectly adapted to the environment of the future megalopolis with complex mobility constraints. 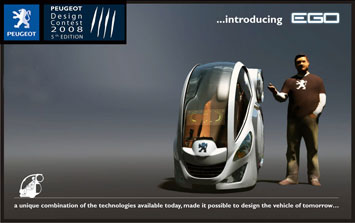 The Peugeot EGO vehicle is designed for serenity: accessible, sturdy and easy
to use. EGO is totally environmentally-friendly.

At rush hour in large towns and
cities, most vehicles only carry one passenger. EGO has been designed with this
in mind. Its weight, equivalent to one quarter of a traditional saloon, means it can
be 100% electrically powered.

Why use four wheels when two will do? EGO only
has two wheels, but it is the safest vehicle in its category, thanks to its
enveloping shape.

Finally, EGO is not affected by bad weather: you can drive it
all year round, whatever the conditions. 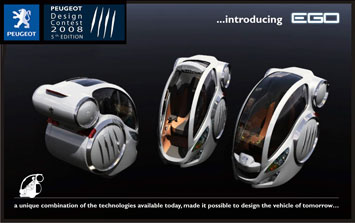 Its unique compact form and its door opening system that takes up no additional room enables the vehicle to be
parked in smaller spaces.

The flexible windscreen incorporates a head-up display system and acts as the
way in and out, rolling up into the cylinder at the rear of the vehicle. In the same
way, the boot lid rolls under the floor when opened.

The car is driven by changing the rotation speed of the wheels, each of which is
independent so the car can make U-turns on the spot.

The EGO’s agility is unequalled, the vehicle is manoeuvred and the speed is
controlled with a joystick. 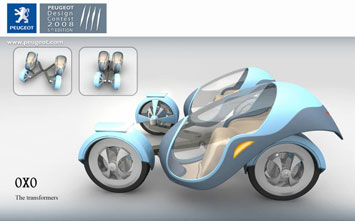 The OXO concept is a direct reference to the numbering of Peugeot models.
Initially called "x0x", the name of this concept wanted to take the central 0 of the
Lion Marque and was surrounded by two "xx" to demonstrate its futuristic
character.

However, in view of the special nature of this concept car, articulated around an"X-shaped" axis, the inversion of the 0 and the X gave it its name "OXO".

Resolutely modern and environmentally-friendly, the Peugeot OXO is a 100%
electric vehicle. 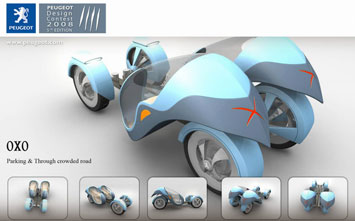 Its big major innovation lies in its articulation since the "X" system allows it to
reduce its size considerably when parking, as well as during driving, as for
example going through narrow streets.

With its highly creative wheel system, this
concept car can move sideways, pivot around itself… its urban mobility is
optimum.

Another innovation is the use of a "Peugeot Phone" console that allows the driver
to control the vehicle manually or in automatic.

The "Stress-free driving" option
enables the two occupants to optimise their trip or quite simply relax and enjoy
the landscape.