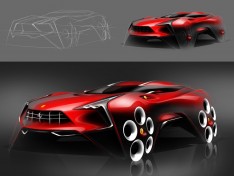 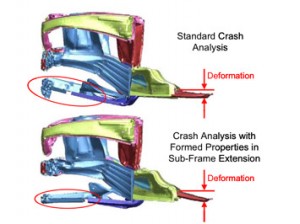 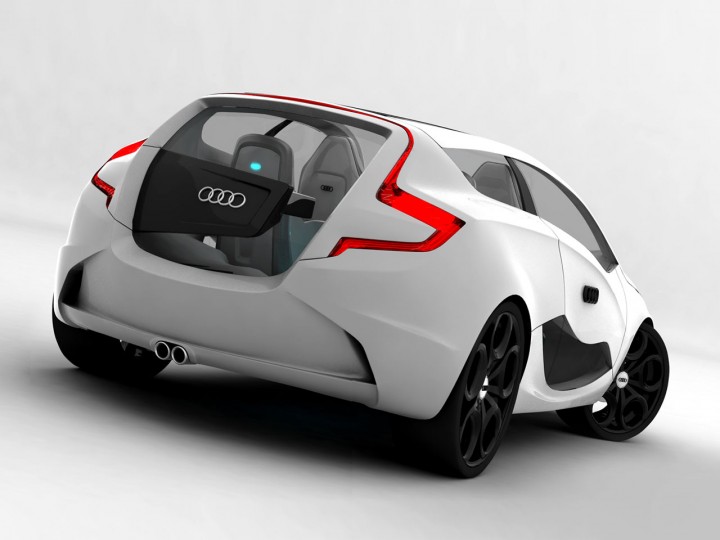 The Audi O Concept is a design study for a vehicle focused on audio listening, inspired by the design of modern music players and by the brand’s styling cues. The author is Czech student Ondrej Jirec. 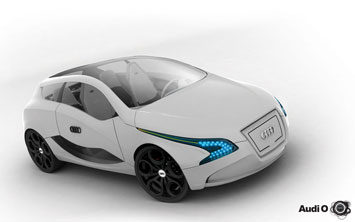 The idea behind Audi O concept was to design "a large music player", fusing audio equipment with transport.

The exterior styling of the Audi O is neat and carries several Audi trademark styling themes.

As Ondrej Jirec explains, "Sources of inspiration were the Apple iPod, the Audi Shooting Brake, music and Audi’s name."

The shape of the rear pull-out door echoes the characteristic front Audi mask which is sitting between front LED lamps. The rear door is fitted with a DJ set with mixing decks. The decks can be removed and used anywhere outside the car. 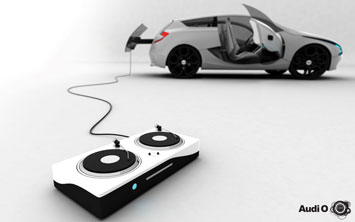 The design of the front and rear lights represents the shape of sound waves, which "tend to be more curved and linear to express the bouncing of sound between obstacles."

The doors feature glass windows running along the bottom edge.

This makes the concept look lighter and provides an interesting shape to the profile of the car. Black rims give a contrast to the white body of the concept and visible circle spokes represent vinyl.

The interior of the Audi O is bright thanks to a large curved glass roof surface which brings much light into the interior.

The passenger compartment has been separated from the engine compartment by a double firewall to help keep out external noise which might interfere with the cleanness of sound.

To increase sound quality, the central tunnel carries two subwoofers. Also, there are speakers placed in the door panels as well as under each seat, inside of pillars and the in the dash-board. 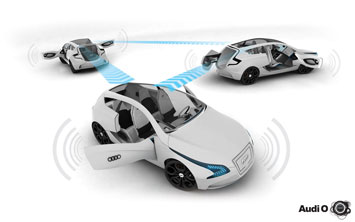 When there is a wider area to be covered with music or someone’s speech, two or more Audi O cars can be simply connected via Bluetooth.

In this situation, a host Audi O is set to be the source of sound and the other vehicles act as powerful speakers.

The concept is powered by a diesel/electric hybrid.

Ondrej Jirec is a student who graduated from high school in the Czech Republic. This fall, 2008, he is beginning studies at the Art Center College of Design, Pasadena, California. 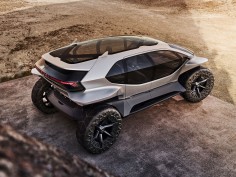