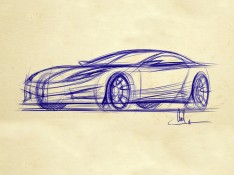 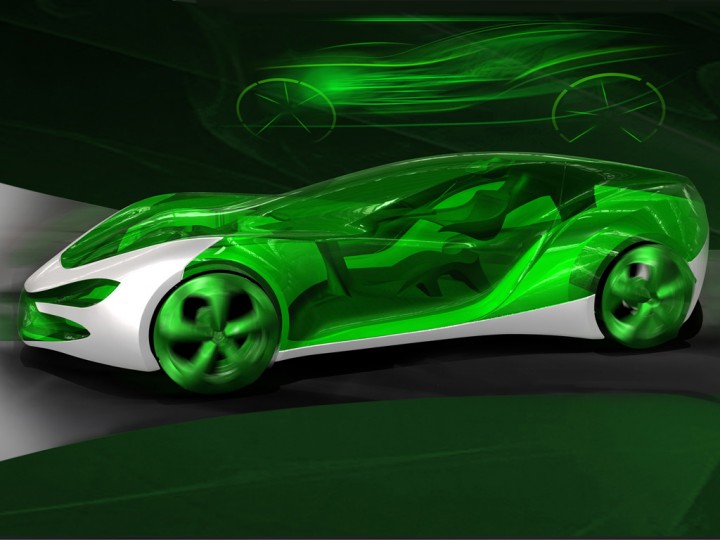 The Bentley SenseS is a design study of a futuristic vehicle that explores the possibilities of genetic engineering, biotechnology and artificial intelligence in order to create a deep connection between the car and its owner. The author is Spanish designer Arturo Peralta.

The concept behind the Bentley SenseS is the exploration of the connection between a car and its owner.

As Arturo Peralta explains: "As a designer I think about how vehicles will be powered, whether they will move in a different way, the materials that they will use and the proportions and design language that will appeal to both people and the environment."

"Beyond this is the relationship that users will have with the product. A connection between the mechanical and the emotional."

"There is trust and understanding, a friendship based on natural values. Imagine a vehicle that recognises you, is able to feel, to trust: it is almost a part of you."

Such a conncection is achieved through the use of Genetic Engineering, Biotechnology and Artificial intelligence.

The exterior shape is made of a solid hologram technology that creates a solid surface between the feature lines of the vehicle when it is in standby mode waiting to set off.

Inside, the cockpit offer the passengers an interface to all senses providing a unique experience. Channels flow around and through the interior carrying and creating the energy that powers the vehicle.

"Emotions become part of the connection between user and product. A new type of brand association."

The SenseS project was sponsored by Bentley Motors. 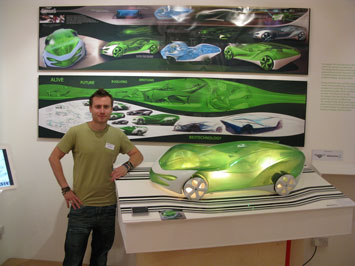 Arturo Peralta Nogueras was born in Madrid on 7 January 1979.

Among his professional experiences are internships at Pininfarina (2004) and Bentley Motors (2006-2007) and freelance activities for Toyota Motor Company (2004, 2006).

In 2003 he won the first prize at the Nissan-Autopista Car Design Competition. In 2007 he was shortlisted for the Interior Motives Awards. 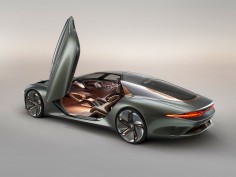