Local Motors has announced the choice for its first physical prototype: the aeronautical-inspired Rally Fighter concept by Sangho Kim will be be taken from sketch to reality. 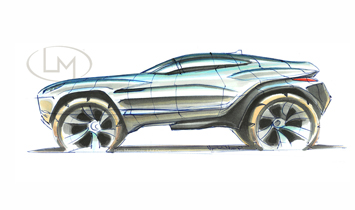 Sangho Kim’s Rally Fighter will be the first Local Motors Design Concept to be taken from sketch to reality.

Local Motors will build the Rally Fighter with the participation of the entire Local Motors Community of designers and car enthusiasts, who were the largest consideration in this decision.

Ben Messmer, Lead Designer at Local Motors explains the value in Community Design Process, “This design has aroused incredible feedback and collaboration from the Community. By promoting discussion and collaboration early on, we are able to design cars we know people want; there is no guessing.” 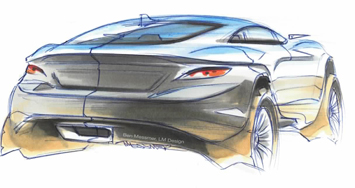 Everyone is welcome to collaborate and give feedback since the Rally Fighter is currently in “Process”.

Kim’s Rally Fighter represents an industry first as the premier car to be designed and built for car enthusiasts in open non-private development.

The Rally Fighter will fulfill the desires of these selective drivers: 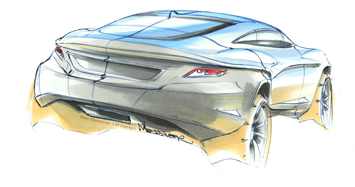 This Rally Fighter fits the bill of Local Motors’ and car enthusiasts’ expectations, and we believe Sangho has presented it at the perfect time since OEMs are no longer focusing on large vehicles.

As the majors change their product mix away from larger vehicles to achieve overall corporate gains in fuel efficiency, they are creating opportunities to provide larger lighter-weight cars to the American consumer.

“We believe there is a way to make a bigger, safer vehicle which is lightweight and super efficient. With the guidance of our community, we not only think but we know there is demand for such a vehicle. Sangho’s Rally Fighter is the clear standout in this category and we are proud to make this design our premier,” says Local Motors CEO, Jay Rogers.

Sangho Kim’s winning creation has spent weeks in the Design Process section refining its unique off-road rally characteristics with the help of the Community.

After weeks in Process with the LM Design Team and Community, the Rally Fighter is an eye-catching rendition of aeronautical inspiration in a high-waisted coupe style vehicle.

Kim’s community participation made him an easy choice; not only can he design, but he has excellent communication skills and is able rapidly to iterate his design based on community feedback. Recently, this same skill set helped him win the Miami Road Racer Competition.

"Now Sangho Kim has taken the opportunity to see his idea come to life, the dream of every car designer. In addition to this awesome experience, Sangho earned $10,000USD."

"The team at Local Motors will carry out Sangho’s vision and ensure his name will forever be associated with his design. He is only the first of many designers to be conferred with such an honor, and we so Local Motors looks forward to more to come in the future.

"In addition to Kim, there are already three winning designers and several runner-up finishers who have risen to the top of the community in Local Motors competitions." 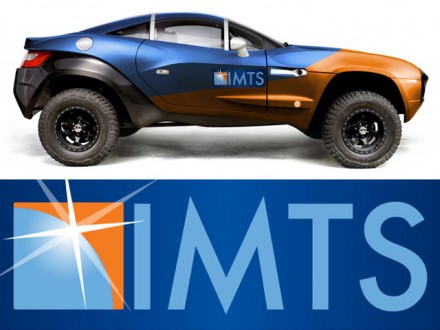 Local Motors has launched a new competition which asks to create a custom skin that will be installed on a Rally Fighter which will be on display at the International Manufacturing Technology Show in September. 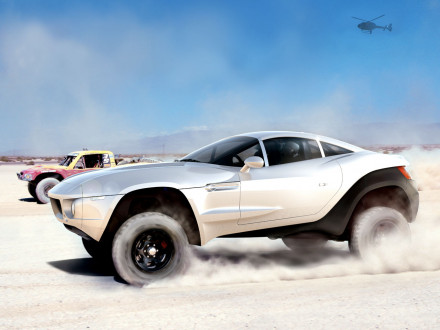 At the SEMA Show Local Motors has unveiled the prototype of the Rally Fighter, the off-road racer developed in just 15 months through the innovative crowdsourcing design process. The four-seater car is powered by a BMW 3.0 liter diesel engine and...