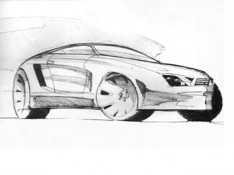 How to draw a Car Vol.1 by Konstantinos Tsiopanos ("Dino") 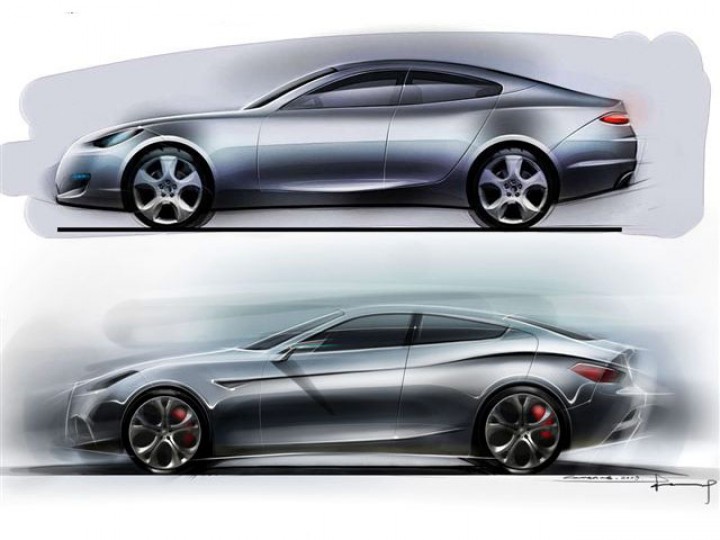 The final projects of the students from the Master in Car Design at the Milan-based Scuola Politecnica di Design (SPD). The thesis were developed in partnership with Alfa Romeo with the theme ‘Imagine the new Alfa Romeo flagship’. 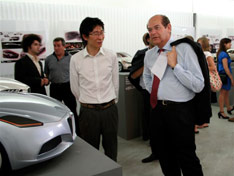 This year edition of the Master was organized with the partnership of Alfa Romeo’s Styling Center (Arese, Milan).

The theme for the final thesis was "Imagine the new Alfa Romeo flagship model", i.e. a possible successor for the Alfa 166.

The nine final projects were presented in the presence of Lorenzo Ramaciotti, Head of Design for Fiat Group Automobiles and Maserati.

The project were supported by the supervision of Mario Favilla (Centro Stile Alfa Romeo), and developed by the team of SPD teachers and 15 international students, who tried to combine in every vehicle styling elements from the brand’s tradition with a contemporary design language. 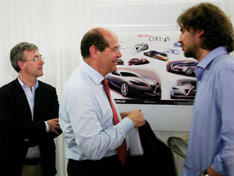 Additional images of the projects are available on Virtual Car.

In ancient Roman Mythology, Camene where the goddesses of springs. Fluidity is the chosen design language for the Concept by its author Ryu Seung-Wook.

The car surfaces are crossed by flowing lines that become smoother and smoother towards the rear end.

The vehicle is dynamic and features an elongated front-end which allows for a greater interior space.

Coelus (Sky in Latin) is a sporty four-seat sedan which combines purity and seduction, dynamism and controlled power in an aggressive and muscular architecture.

The sporty lines are accentuated by the hood, sculpted by a V-shaped profile. Here originate the character lines that run across the entire side just below the glass surfaces.

The proposal by Bumbu has a highly effective graphic approach.

The dynamic lines that define the body are concentrated in the font end which appears very personal, with an interplay of parallel and converging lines near the Alfa Romeo’s emblem.

Tessa is a three-box elegant sedan which uses a number of traditional styling cues from the legendary models of the ’60s and the ’70s, such as the Giulietta and Giulia 1300 coupé. 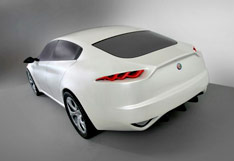 These elements were reinterpreted and combined with more contamporary solutions also adopted on the 8C Conpetizione.

The Orbita combines the elegant dynamism of a coupé with the luxury of an executive sedan, capable of transporting four passngers.

Thanks to the high waist-line and the stretched shape of the side windors, the car expresses power and conotrlled sportvity. The sculptural volumes are inspired by classical art. 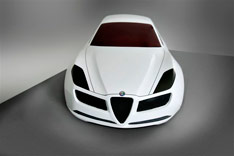 The Alfa Romeo 6C Torio is based on the prestige and status themes. It is a non-conventional interpretation of the flagship concept with a bold sporty connotation.

The surfaces, whose treatment is classical, are suspended on imposing volumes inspired by aeronatical design and technology. 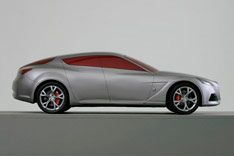 Exelixis is a five-seat sedan with a panoramic hatchback rear door featuring a triangular glass surface inspired by the shape of the Alfa Romeo emblem. 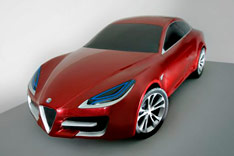 The Essentija concept is an agile coupé defined by lines which express compactness and dynamism on the hood surface, which is made even more aggressive by the zoomorphic headlights.

The sides are crossed by a sharp cutline that runs until the rear end, which is defined by a single element that incorportes the tail-lights. The glass surfaces feature a sloped windshield and low side windows with the Alfa’s traditional ‘elbow’ element.

The Millemiglia Concept is an executive sedan with an essential tratment of shapes, characterized by a concave-convex inteplay. The design combines the dense and compact volumes of recent models with the of iconic model of the past such as the Freccia d’Oro and the Villa d’Este.