The updated information released by Volkswagen for its Scirocco coupé, that will be launched in Europe on next November. The set of images includes exterior shots and some new design sketches. 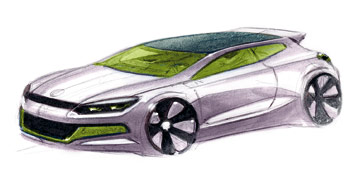 The launch of the VW Scirocco in Germany and UK is scheduled for the end of August, while the launch in Europe and Japan will be – respectively – on November 208 and May 2009.

The new Scirocco will be produced at “Volkswagen Autoeuropa – Automóveis Ltda.” plant in Palmela, Portugal.

The third Scirocco is the first Volkswagen to sport the new front end design with chrome lamp bodies and high-sheen black interior surfaces of the headlamp housings that are joined by the radiator grille cross bar, also painted in high-sheen black. 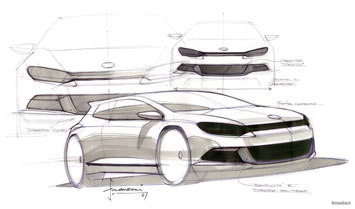 The Volkswagen design team created a wagon-coupé based on flawless sports car fundamentals.

This resulted in a side profile that had the potential to imbue this new Volkswagen too with a status that goes beyond class distinctions.

Thanks to its long sweeping roofline and near-vertical rear window, it also frees up space for variability and up to 755 liters of cargo capacity.

With its short overhangs, the Scirocco efficiently utilizes its 2,578 millimeter wheelbase to offer ample space. 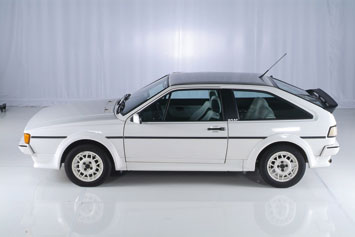 The original Scirocco, designed by Giorgio Giugiaro, was presented in 1974.

In contrast to many of its competitors of that time, it was an affordable car with everyday utility, and front-wheel drive also made it a safe sports car for use every day of the year. 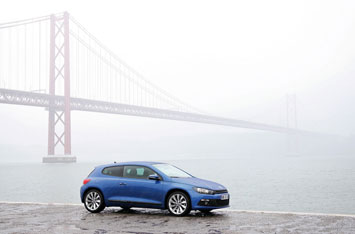 Although the third generation of the Scirocco follows exactly the same positioning as the first one, Volkswagen intentionally avoided retro elements.

In this regard too, the Scirocco of the year 2008 is a conceptually counterpart to the original version: because in the mid-1970s the successor to the Karmann Ghia also set out on new paths, both technically and visually.

Standard equipment on the Scirocco is the 6-speed transmission. The DSG dual clutch transmission is offered as an option on the three engines starting at 140 PS. 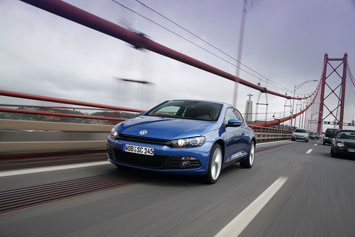 The optional large panorama vent sunroof extends from the A-pillars to the B-pillars. At the press of the button the transparent roof opens up to 39 millimeters. When the sun is intense, a sunshade can be driven into place. 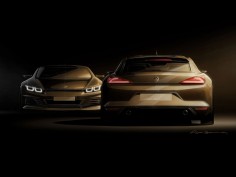 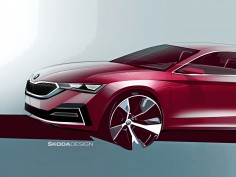 Škoda has released two design sketches that anticipate the look of the fourth generation Octavia, combining an emotional design with compact dimensions.