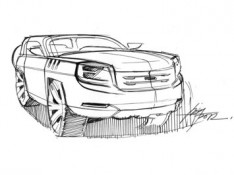 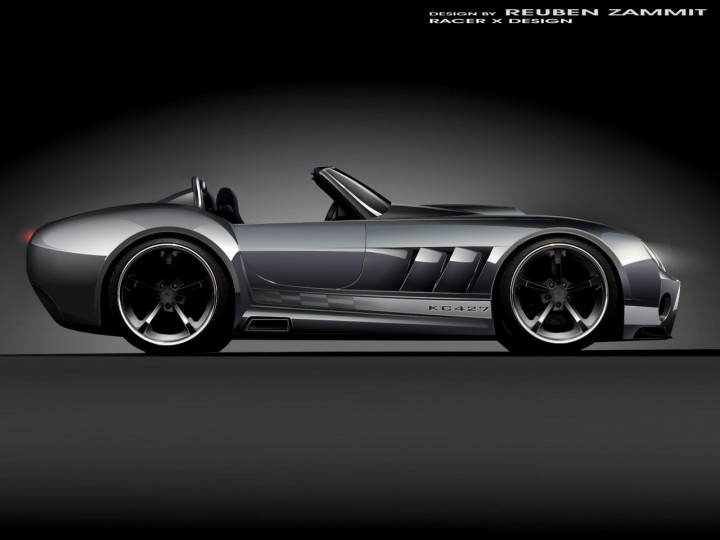 The KC-427 Concept is a modern interpretation of the classic Cobra 427, created by Maltese company Racer X Design. Powered by the Corvette Z06’s 7.0 liter V8 engine, the car will be completed within the year and could be produced in a limited series. 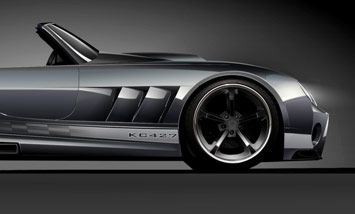 Maltese Racer X Design has unveiled the preview renderings created by Reuben Zammit of its new KC-427 Concept, a modern interpretation of the legendary Cobra 427.

The small dimensions together with a space frame chassis consent to build a car that weighs less than a ton, even with a 7.0L V8 motor borrowed from the new Corvette Z06. The resulting power to weight ratio is around 550 bhp/ton.

"Designed to evoke the emotions of the classic cobra, the KC-427 concept captures the beautiful design of the original while adding a more brutal new age twist."

"The design is dramatic, modern yet with the same lines that made the original an icon, the KC does not try to hide the fact that its insight comes from the 60’s. It looks ready to chew the tarmac even in design phase."

According to Racer X Design, the KC-427 Concept will be completed within a year. The company is planning to sell it internationally.

"The first twenty people who show interest will be offered the opportunity to purchase the KC once the cars are ready and be updated regularly with the progress” said Reuben Zammit – Director and Head of design of Racer X.

The goal of reviving the legendary Cobra 427 was also pursued by Ford in 2004, when it presented the Shelby Cobra Concept, based on the aluminum chassis of the Ford GT.

Among their most known creations are the GTV Evoluzione and the RCX, both of which won several awards both in design and construction. 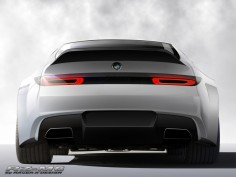 Designed by tuning company Racer X Design, the BMW RZ-M6 is a reinterpretation of the current BMW 6 Series inspired by the aggressive look of the earlier generation E24 model. 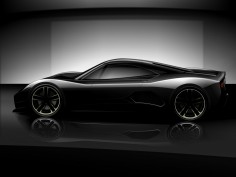