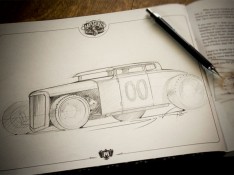 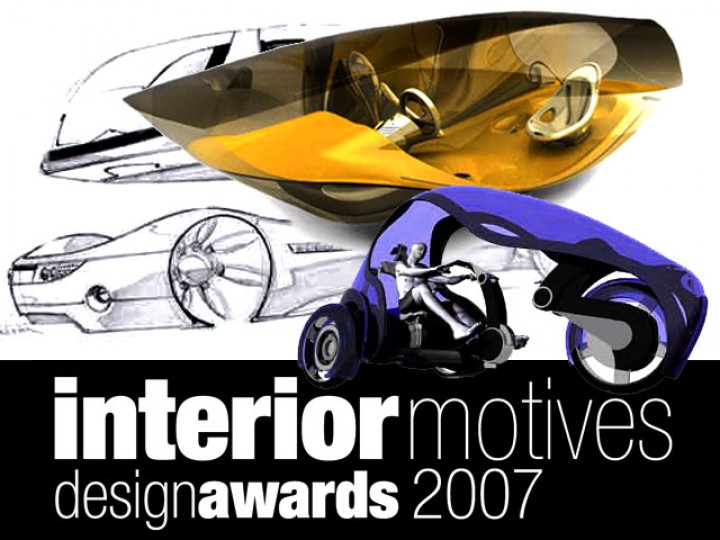 The 2007 edition of the Interior Motives Awards is focused on the ‘paradox’ theme. The competition is open to design students from all over the world. The submission deadline is 30 April 2007.

The winners will be announced in September, at an awards ceremony during the 2007 Frankfurt Motor Show. 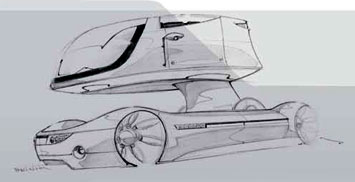 This year’s design brief is arranged around the theme “Solving the paradox”.

Entries will be judged based
on the relevance to the theme, concept originality, design value and quality and developmental potential. 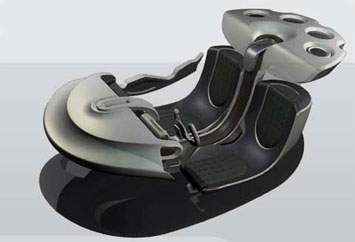 The Interior Motives Design Awards 2007 competition is open to any student enrolled in a college or university-level design programme (either undergraduate
or graduate) anywhere in the world.

The competition also invites entries from students studying fashion design,
textile design or other design courses, as well as students of engineering and
architecture.

All projects must have been designed/completed during the 2006-2007 academic
year.

Group entries with up to three members, as well as individual entries, are
permitted in this competition.

Interior Motives Design Awards 2007 prizes will be awarded for the following
categories: 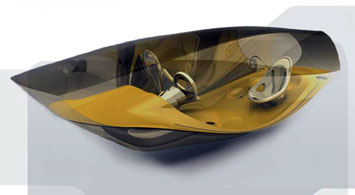 The Daedalus Concept by Jonathan Punter

The winner of each of the separate categories will receive a cheque for $500.

In addition, one overall winner will be selected from the above categories.
This will be the first place prize winner and winner of the Interior Motives
Student Design of the Year award, receiving a cheque for
$5,000.

In addition, one of the category winners will receive a period of internship at
Volkswagen’s Future Design trendlab in Wolfsburg, Germany. 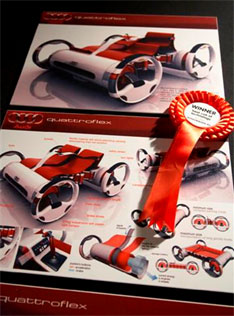 The Audi Quattroflex by Alexey Bykov, one
of the awarded entries of the 2006 edition

The 2006 edition was won by Iman Maghsoudi of the Azad University, Tehran, Iran.

The awards have proven themselves to be a great way for student designers to attract attention to their talent, with several previous winners going on to have successful careers in automotive design.

Previous successes include Peter Blades Nixon, winner of the inaugural Interior Motives Design award, who has gone on to work at GM Design. 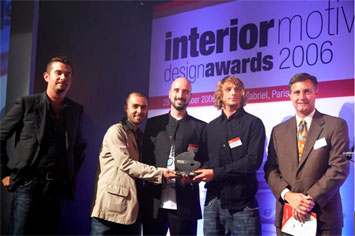 Blades Nixon contributed to the interior design of GM’s Camaro concept car that won “Best of Show” at the 2006 Detroit Auto Show.

Kemal Curic, winner of an award at the 2005 competition, now works for Ford of Europe’s Design Group and was involved in the design of the interior of the Ford Iosis X concept, unveiled at the 2006 Paris Motor Show.

For additional information, visit interiomotivesawards.com or download the student manual in pdf.