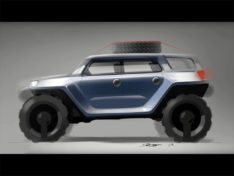 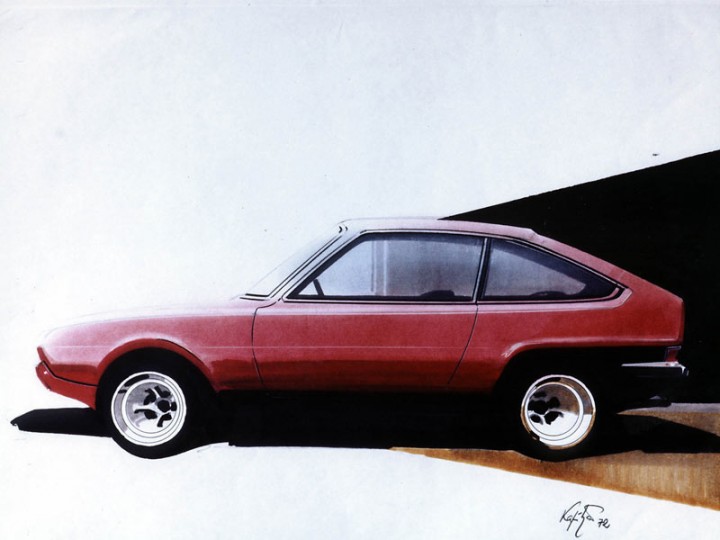 A short history of the Ford Fiesta that this year celebrates its 30th anniversary. Produced in more than 12 million units, the Fiesta has maintained a leading position in the compact cars segment, and has become a true automotive icon.

The birth of Ford Fiesta

Even if Ford Executives had been considering a small world car since the late 1960s it was only in the 1970s that this project came into life.

Back in the 1973, the energy crisis together with growing taxes and inflation led to a market demand for cheaper and smaller automobiles. From these needs, Ford developed a prototype named Bobcat, which would serve as a basis for the new car, to compete in the European market against modern compact cars like the Fiat 127 and Renault R5. 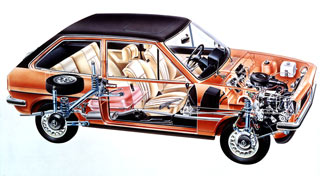 In 1976 Ford revealed its creation. Available with 1.0, 1.1 and 1.3 liter petrol engines, the new Fiesta was immediately a a successful “world car”.

In 1979 Ford produced the one millionth Fiesta. In 1981 a sporty version was introduced: the Fiesta XR2 featured a 1.6 liters engine delivering 84 hp.

The Fiesta was also sold in the United States for a short period (1978-1980) but its small size made it unsuitable for that market.

At the end of 1983 Ford launches the second generation (Mark 2) of its successful world car. It was basically a facelift of the original model but it’s enough to make it the top-selling car in UK and best-seller in Europe. 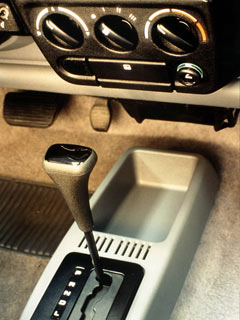 1986 Ford Fiesta Stepless CTX Automatic transmissionThe new Fiesta achieved a drag coefficient of 0.40 (0.42 for the prevoius model) and had more comfort and a better fuel economy. The 1.6 liter diesel-powered Fiesta was one of the most economical vehicles of the time, thanks to a homologated consumption of 3.8 liter/100 km.

In 1984 production hit the three million figure. However, at the end of the ’80s, a new model was becoming necessary to keep on competing against more modern cars like the Opel Corsa.

The third generation of Fiesta had a completely new body shell. The main changes in the model range were the introducion of the 5-doors body, the addition of the fuel injection for the XR2 sporty version (named XR2i) and a turbocharged model with a top speed of 210 km/h.

During the 1990’s the specification was improved (ABS, electric windows, airbags), and in 1992 Ford introduced the Zetec engines.

In 1995 Ford launched the fourth generation: it had new chassis and suspension, a new exterior design with smoother surfaces and full safety features (4-channels ABS with electronic force distribution, TCS).

Even the interior was heavily revised. The range made extensive use of the Zetec engines, available in 1.25 L, 1.4 L and later, 1.6 L forms.

The Fiesta Mk-4 was also sold under by Mazda as the 121 model. The original design of the front end was unconvincing, and after four years of life the fifth generation was released. 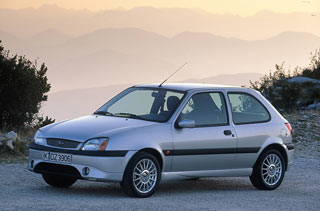 The Fiesta Mk-5 was a minor restyling of its predecessor. The front end had a new design more similar to that of the oder Ford models, and with a “New Edge” style.

Anyway in the side view the profile was still unmistakably “Fiesta”. The doors frame with its thin pillars was a strong link to the past.

The restyled Fiesta had a short life: Ford had already planned to unveil the all-new generation of its compact car. 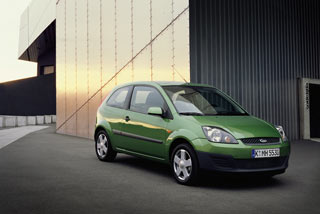 The new Fiesta features a brand new image: a modern and solid design with reminiscences of the best-selling Focus model. And for the first time there are no links to the original 1976 Fiesta.

A facelifted version, with an exterior restyle and a new soft-feel dashboard went on sale in November 2005.

A top-seller in UK 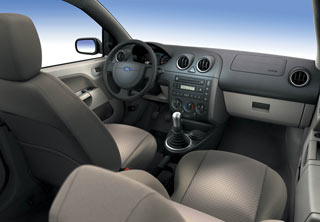 Today, 30 years on, with a 14.2 per cent segment share (full year 2005), the Fiesta remains the UK’s most popular choice among private ‘retail’ customers in the supermini sector. With annual sales of almost 84,000, Fiesta also ranks as the fifth overall best-selling car in the UK.

So what else has changed in 30 years? Though the term “eco” meant little in 1976, the Fiesta’s impressive fuel economy and low emissions were already making a significant environmental contribution, well before such performance became a requirement. However, today’s ultra-clean and environmentally friendly Fiesta puts the first models into perspective.

It would, for example, take 50 new Fiestas to produce the same toxic emissions as a single Mk I in 1976. Unlike the original Fiesta, the current version is 85 per cent recyclable, too. And while the Mk I was notably economical for its era, it could hardly have matched the ability of the current Ford Fiesta to travel the 650 miles from London to Inverness on a single tank of fuel.

Related publications on the web: 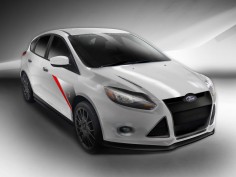 Ford Focus and Fiesta at SEMA 2011

Ford has released images and details on a group of Fiesta and Focus special models that will be on display at the upcoming SEMA Show.