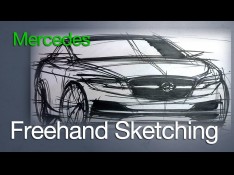 Ferrari has released the first official pictures of the 599 GTB, its most powerful V12-engined production car of all time. It will debut at the 2006 Geneva Motor Show. 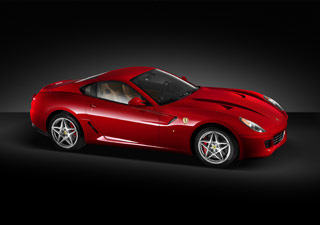 According to the manufacturer, the 599 GTB is “a concentration of Ferrari’s most innovative and technologically advanced engineering solutions applied to a mid-front engined two-seater coupé” and should represent “a new benchmark for performance, driver involvement and design”.

For the vehicle structure Ferrari adopted the latest evolution of the all-aluminium contruction technology that debuted with the 360 Modena, and then was used for the 612 Scaglietti and the F430.

The exterior design was as usually developed by Pininfarina: the final result brings a strong and aggressive look, with many air intakes and sharp edges. In the 3/4 front view, the shape of the side window and the profile of the rear shoulders strongly remind of the original 1984 Testarossa, while the front end shares some aesthetic solutions with the 612 Scaglietti.

A new styling cue is represented by the solution adopted for the rear headlights: the traditional twin lights are replaced by single units. 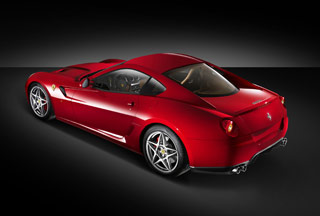 The general design is integrated with the advanced aerodynamic solutions adopted to reach the performance figures attainable.

“This new model is the symbol of Ferrari’s production – the V12 berlinetta – and represents the latest interpretation of a theme that has seen such classics as the 250 GT, the 275 GTB, and the 365 GTB4.”

The Ferrari 599 GTB replaces the last in that great line of berlinettas, the 575M Maranello, of which – together with the 550 Maranello introduced in 1996 – no fewer than 5,700 have been produced, a record for this type of model for the Prancing Horse.

The new car will be officially unveiled on the 28th of February 2006 at the Geneva Motor Show.