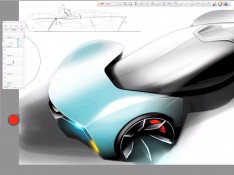 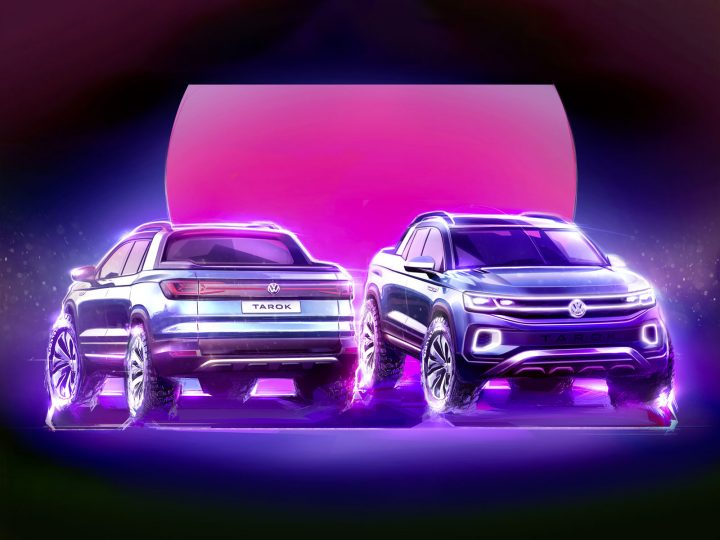 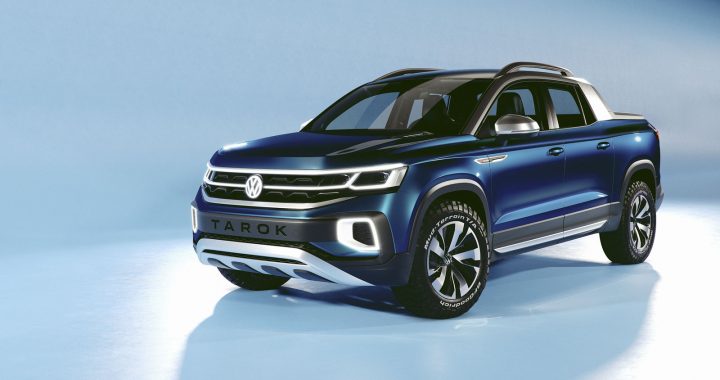 The all-wheel drive, five-meter pick-up combines practical features with advanced connectivity. Among the distinctive features is large variable loading area, which can be extended thanks to the folding rear panel in the four-door double cab.

The floor space can be extended by opening the tailgate or using the brand new mechanism that allows the bottom of the passenger cab rear panel to be folded down. 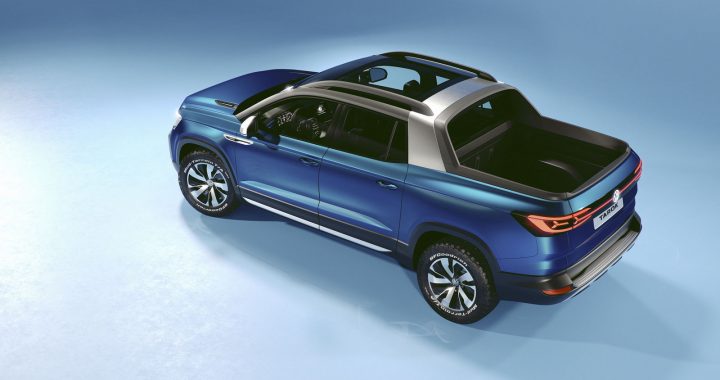 The goal of the design team was to merge practicality with a lifestyle-oriented design. Klaus Bischoff, Head Designer at the Volkswagen brand, explains: “With its striking Targa-inspired roof bar, charismatic front end, three-dimensional LED lighting strip in the rear, and powerful yet stylish side panels, the Tarok Concept’s expressive design makes it the first pick-up to combine the stylistic elements of an urban SUV with an authentic off-road design.” 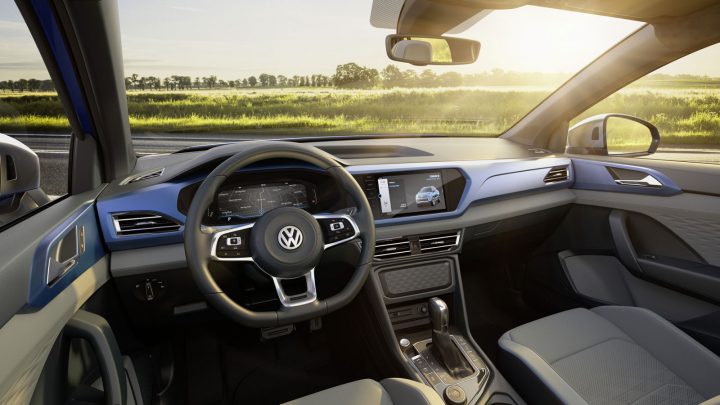 The interior indicates a new way forward for Volkswagen in the pick-up segment, with its primarily digital design.

The main design elements include a color-keyed crossbar in Cypress Metallic that stretches across the entire dash panel and surrounds a glass-covered Infotainment system, digital air conditioning controls and a Digital Cockpit, which together form the main cockpit elements with all displays and controls on a single visual and operational axis. 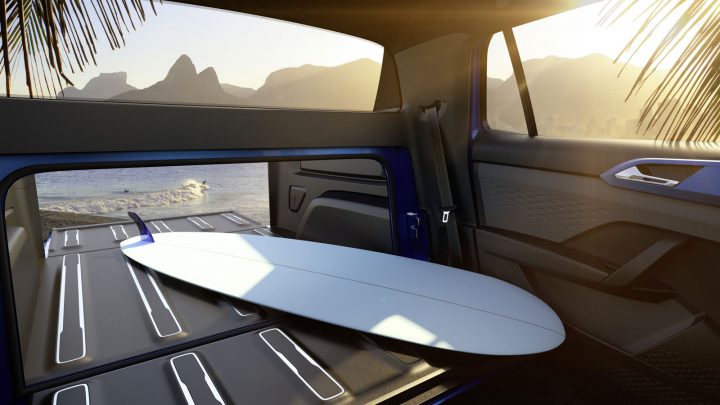 The Tarok Concept is powered by a 1.4-liter 110 kW / 150 PS four-cylinder TSI engine, which can be driven in Brazil as a TotalFlex Fuel Unit both with pure ethanol (E100) as well as a gasoline-ethanol blend (E22). The TSI engine in the Tarok Concept is coupled with a 6-speed automatic gearbox and permanent 4MOTION all-wheel drive. 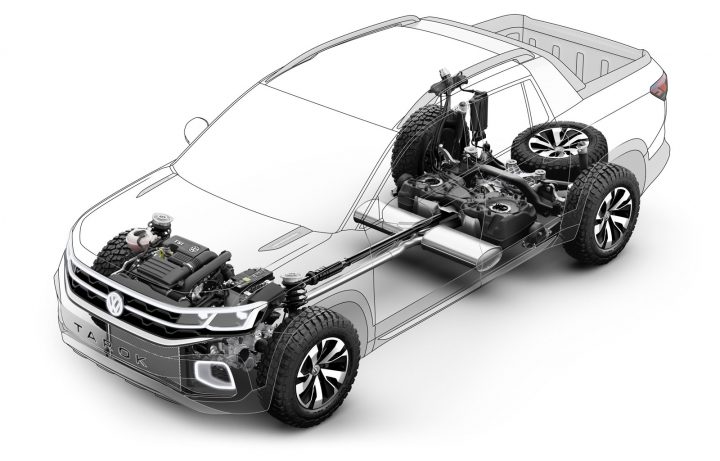 Volkswagen will soon be offering a series version of the Tarok Concept on the market in Brazil, with barely any changes.

The avant-garde pick-up also has the potential to boost Volkswagen’s model range in other global markets. The future series model will start out with a 2.0-liter turbo diesel direct injection (TDI) TSI engine that also delivers 110 kW / 150 PS. 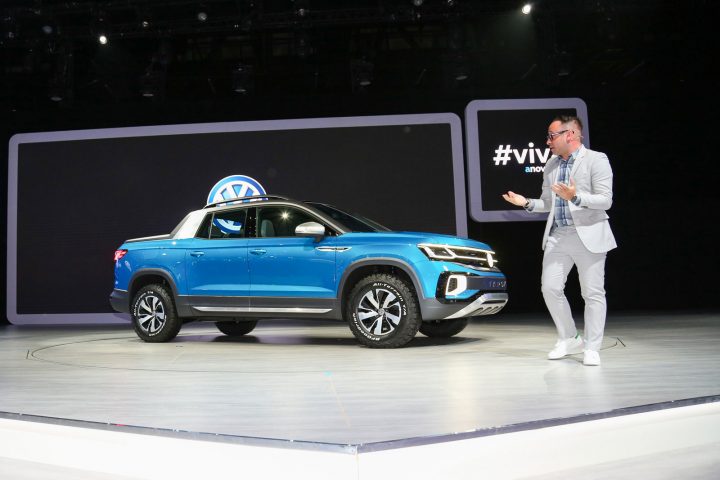 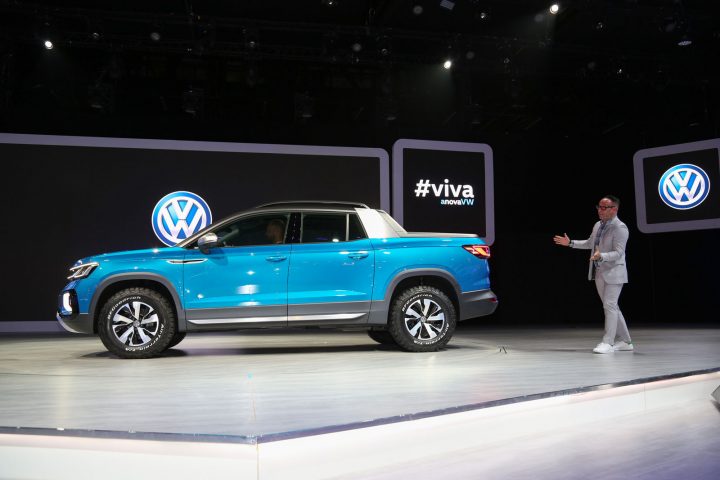 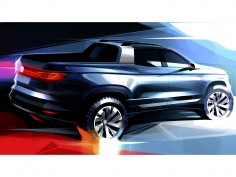 At the São Paulo International Motor Show next week, Volkswagen will unveil a pickup concept that anticipates a new urban-oriented model for the Brazilian market, with a multivariable loading area. The concept car, equipped with all-wheel drive...