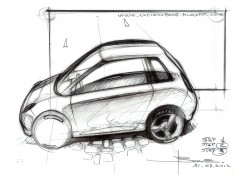 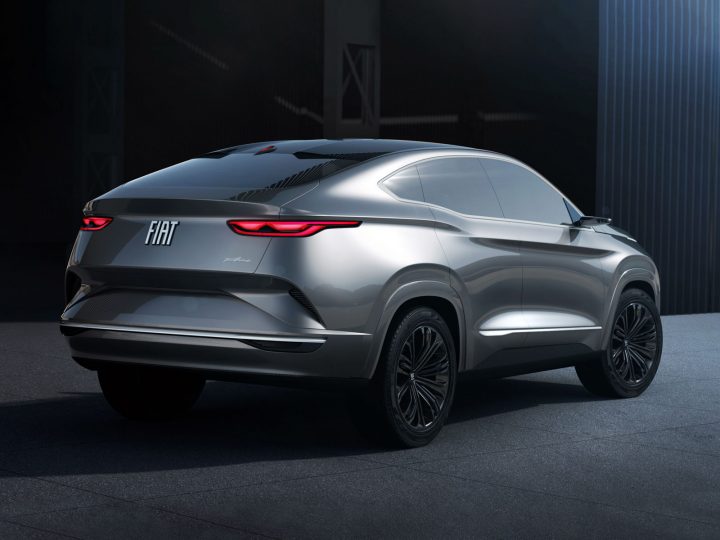 At the São Paulo Motor Show Fiat Brazil has revealed the Fastback Concept, a midsize crossover that previews the design direction for future models.

Defined as a hybrid between a SUV, a sedan and a coupe, the Fiat Fastback was fully designed at the Latam Design Center, located at Fiat Automotive Complex, in Betim (MG). 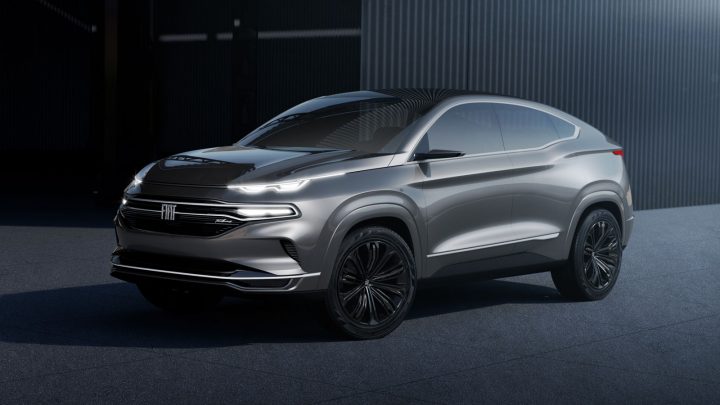 The concept, which measures 2,695 mm in wheelbase, 4,600 mm in length, 2,045 mm in width, and 1,610 mm in height, was conceived to test different design solutions that could be integrated in upcoming production models. 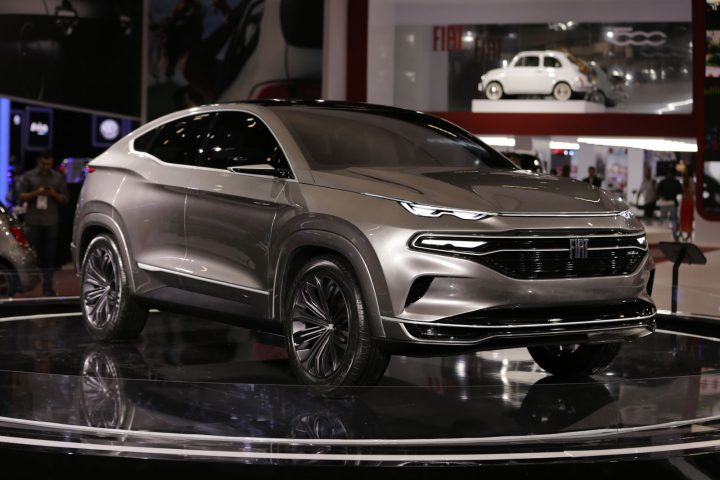 Following the Wrap Around Concept, a line circles the entire model uninterruptedly, providing a feeling of continuity in all the details. As to the front, new positionings were adopted for the two optical groups in LED. 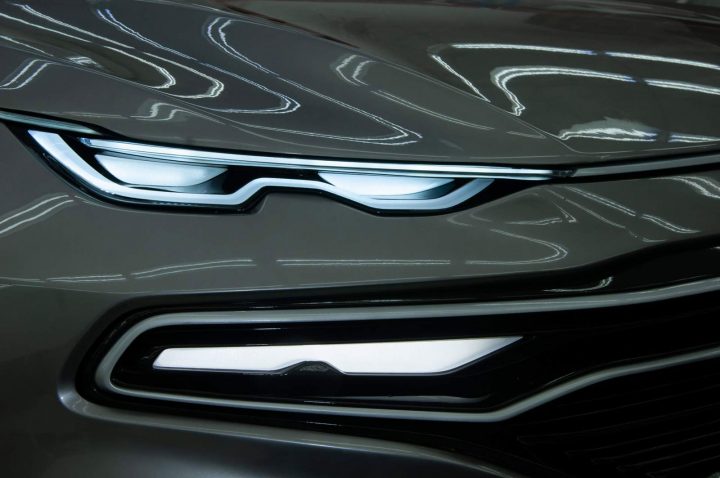 “The main look, on the upper portion, delivers the feelings of speed and elegance that mark the imposing personality and, at the same time, humanity. Right below, the second optical group is wrapped by a metal ring which is integrated with the grille on horizontal blades, and creates a precise design between the parts, bringing about refinement and width to the front assembly.”

Fiat’s logo appears for the first time on the grille upper portion as reference to the essence of the brand’s original lettering. On the left-hand corner, the Fastback signature – inspired in speedy gestures – reinforces the model provocative character. 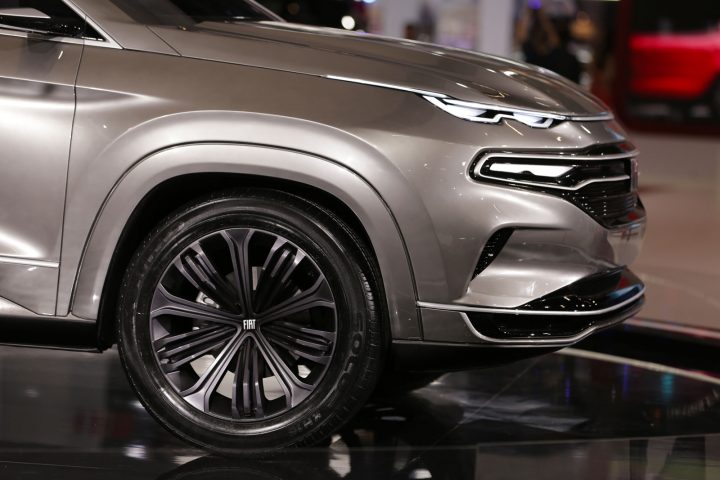 With its characteristic fastback glass and dynamic slants, the rear portion appears with agile lines, capping the strong emotional look. The LED running lights refer to the front assembly, laden with boldness and refinement. The lower portion visual strength is enhanced with the exhausts on the bumper ends. On the right side, the Fastback signature is also revealed. In addition, the 19” light alloy wheels, with structured arms and accurate surfaces are also highlighted. The wheels are like a true ornament, meticulously crowned by the contrast among the finishes, dusk and bright in perfect balance.

The vibrant metal color, Moonstone, is unique and was carefully developed to create an intense reflection and remarkable contrast like a precious stone. On the front grille, trims, rear-view mirrors, among other items, the color pallet remains neutral, bringing the Black Piano and satin chrome. These are hues that strengthen the feeling of contrast between the surfaces. The entire Colors & Material conceptualization was based on a jewel, highlighting the exclusiveness and sophistication elements.

“A concept car is a playground to experience new ideas, shapes and materials”, highlights the Design Center Latam’s officer, Peter Fassbender. “It needs to thrill, awaken curiosity and interest that wishes to come nearer. And we made it”, the officer concludes, referring to the São Paulo International Motor Show.

Daniel Gerzson, FCA’s Exterior Design leader, explains that the lines and shapes exude sportiness and elegance with boldness. He also details the reasons for choosing the name: “We seek simplicity as a homage to the pure Italian design”. 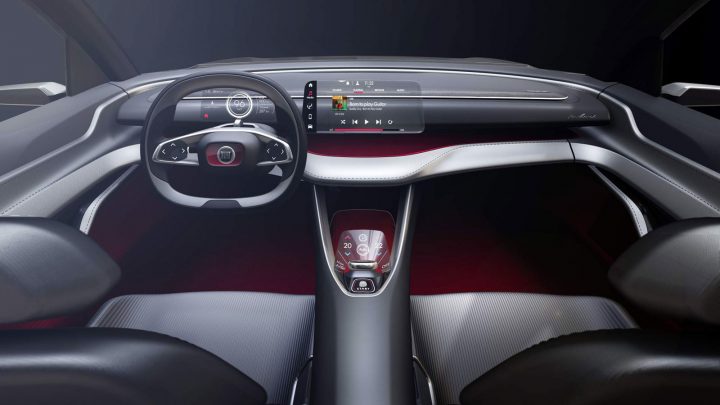 The internal portion, just like the external one, is inspired in the Italian design, with flowing sculptural surfaces to create a feeling of well-being, involvement and comfort. 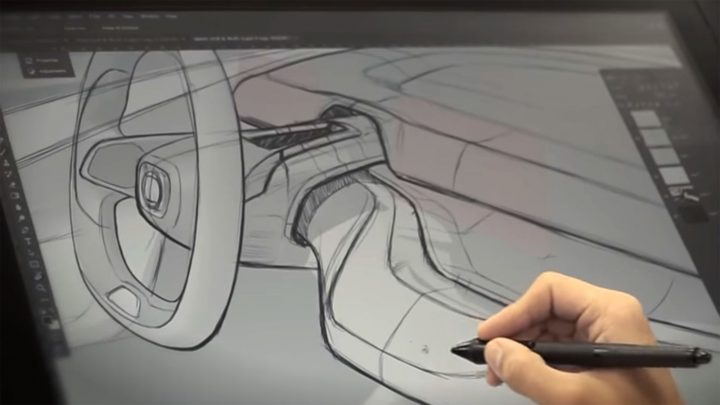 The home environment was another strong reference with a touch of design of our daily products. Simplicity is another strong characteristic of the dashboard, without losing functionality, with an extremely sculptural shape, following the Wraparound Concept. 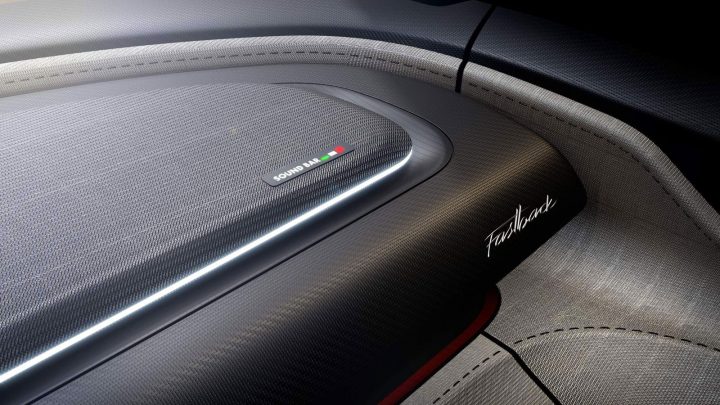 The leader of FCA’s Interior Design, Rafael Peixoto, highlights the creative freedom the concept cars allow for. “We have the opportunity to experience and express ideas with a greater freedom. Inside the Fiat Fastback, we have extrapolated the design attributes in such a way to create a light atmosphere with sculpted volumes”, he says. 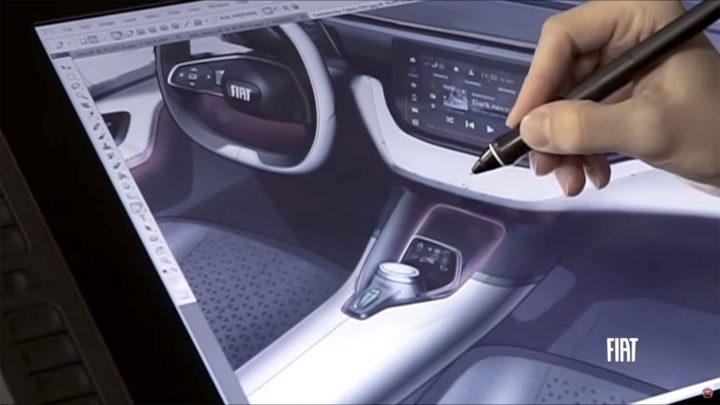 “With the Fiat Fastback we had a poetic license to add to it the essence of what we understand to be Fiat’ jewel in the Motor Show”, points out Paula Fujii, FCA’s Colors & Materials designer.

Fiat Fastback is Fiat Brazil’s eighth concept car. The model started to be created on the paper, with handmade drawings. With the first lines already defined, the next step was the 3D in the computer.

From the virtual to the real the model took shape in the clay (industrial clay), per the 1:4 dimension so as to be improved before being digitized again.

Again, in the clay, per actual dimension1:1, the model was given finishing details such as headlamps, glasses and grilles. It is a handmade work and the shapers and designers used tools like those of a sculptor such as spatulas and roughing mills to carve innovative shapes.

Both on paper and clay adhesive tapes were used all the time to demarcate character lines and body proportions. Once the mathematics were defined and checked, the construction of the Fiat Fastback final model was started. With internal structure in metal and Styrofoam, the vehicle body was machined in resin by a milling machine and was given manual finishes afterwards.

After being roughened, the surface was worked on to receive the paint. “It was sanded and given a finishing material, which is a clear gray primer”, explains Celso Morassi, FCA’s Modeling supervisor. “Other three layers were applied afterwards: a first painting with black paint, then the color itself and, finally, a high gloss varnish”, says Morassi.

Altogether, the model consists of approximately 60 parts such as main body, headlamps, grille, running lights and wheels. For example, each wheel was formed by five separate items. All parts were built in parallel to the vehicle body.

Several parts such as logos and headlamp frames were prepared on 3D printers. During the concept car assembly, the Design Center Latam’ team worked on an integrated way and endeavoring to follow every detail of all parts. The light alloy wheels, the application of the FIAT logo and the Fastback signature were the last details. 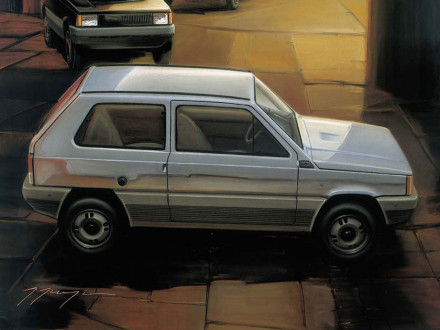