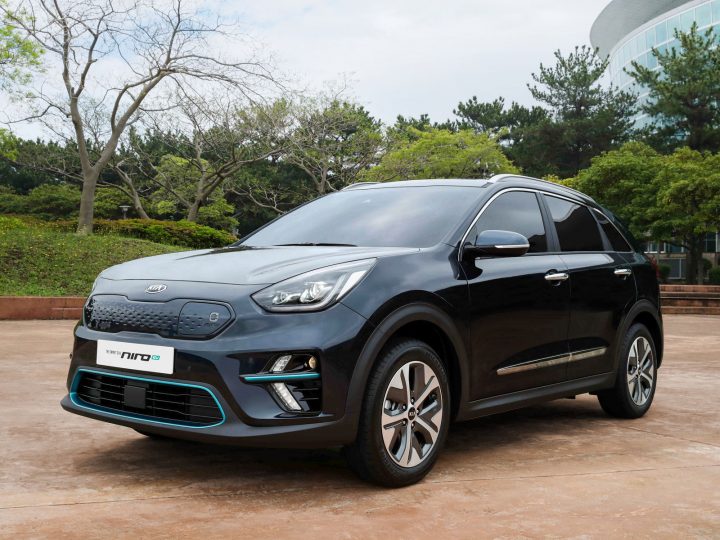 Kia has released the first images and details on the production Niro EV, featuring an all-electric drivetrain capable of a 450 km range.

At the 5th International Electric Vehicle Expo in Jeju, Korea Kia has presented the all-electric version of the Niro crossover, first launched in 2016. 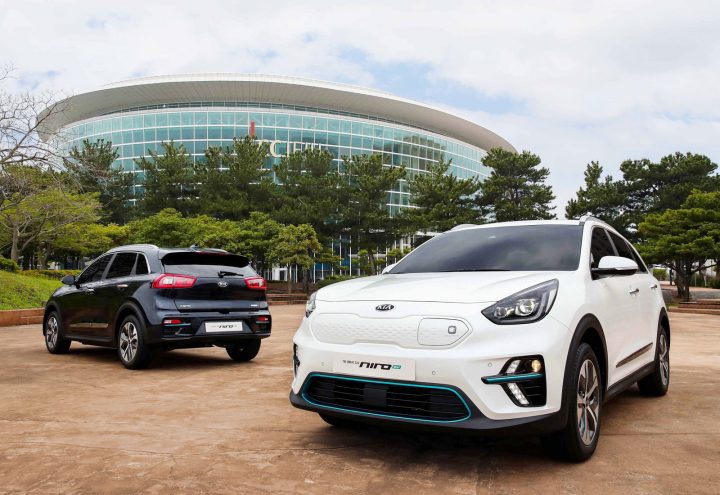 The Niro EV was designed at Kia’s design centers in California, USA and Namyang, Korea.

While the general body lines are the same as the standard Niro model, the Niro EV borrows some styling cues from the Niro EV Concept unveiled at the 2018 Consumer Electronics Show in Las Vegas. 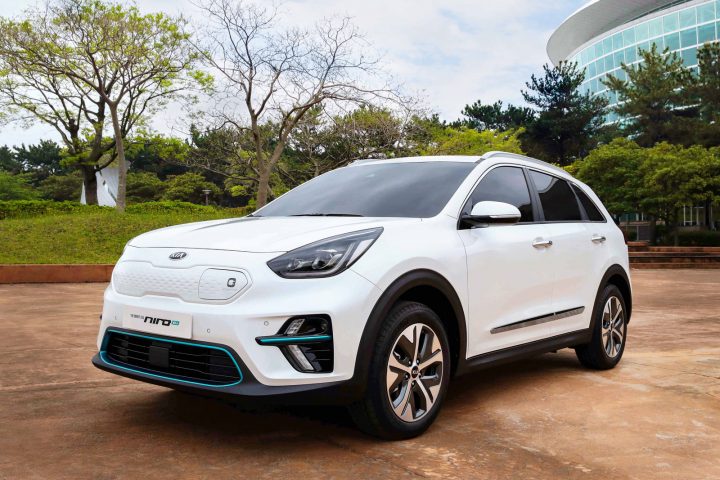 These include the closed “radiator grille”, a futuristic air intake and the arrowhead-shaped LED daytime running lights. 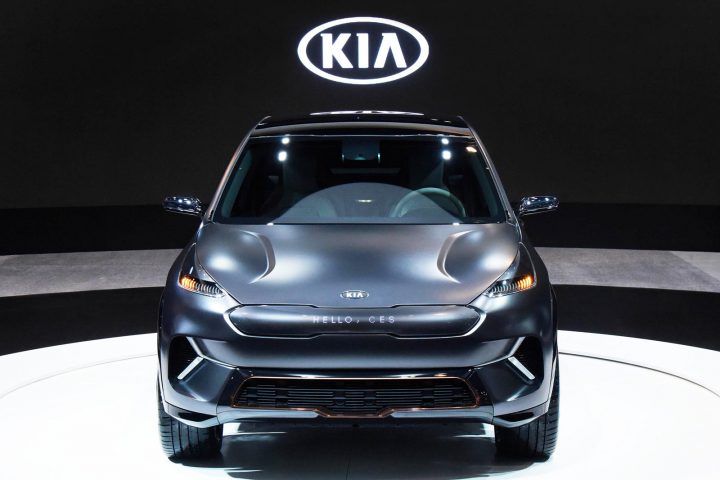 Above: the Niro EV Concept presented at CES 2018

The Niro EV is equipped with a high-capacity 64 kWh lithium-polymer battery pack, which allows to achieve a drive range of over 450 km on a single charge, or up to 240 km using an optional 39.2 kWh battery system.

The Niro EV will go on sale in Korea during the second half of 2018 and be later launched in other markets. It will make its European debut at the Paris Motor Show in September. 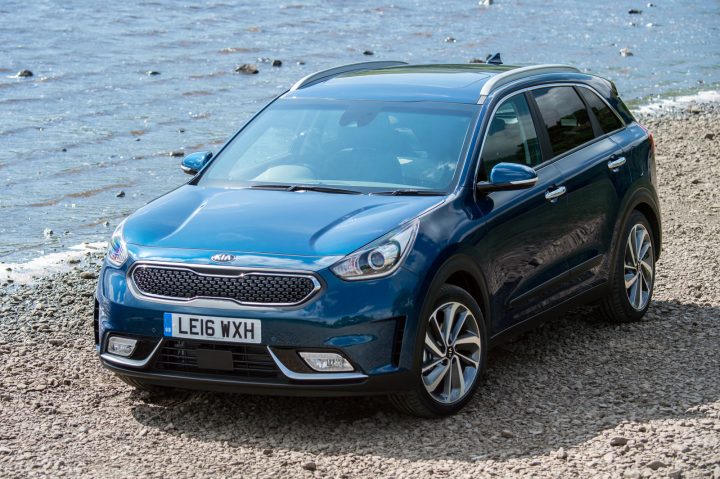 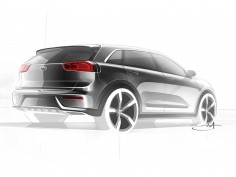 Kia has today announced its plans to introduce Niro, an all-new hybrid SUV that marks the development of a dedicated eco-car platform. 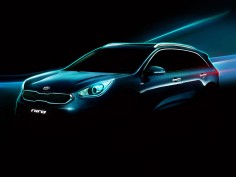 At the Chicago Show in February Kia will present Niro – an all-new Hybrid Utility Vehicle (HUV) designed at the company's design centers in California, USA and Namyang, Korea.