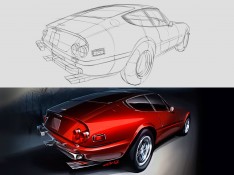 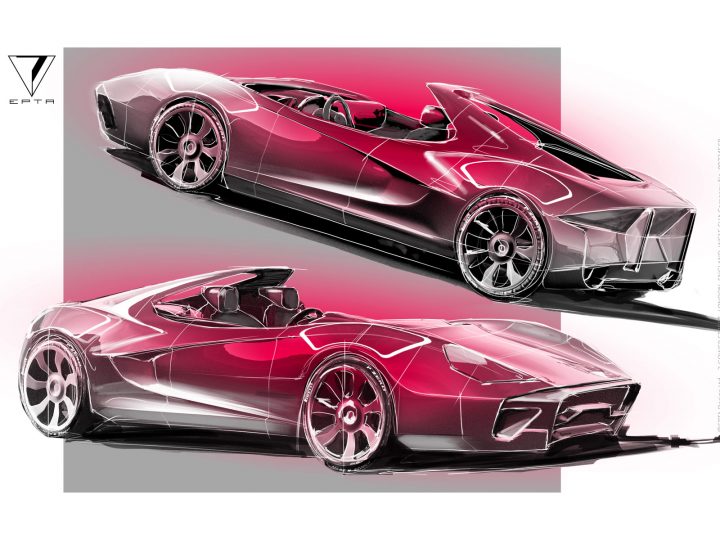 Carmen Concept is a design study of an extreme speedster developed by London-base studio EPTA Design, currently looking for partners and potential investors.

The “Carmen” project started in 2015 when London-based design studio EPTA Design, founded by designer Luigi Memola, was commissioned to develop the styling for a new electric supercar to be built in Italy. 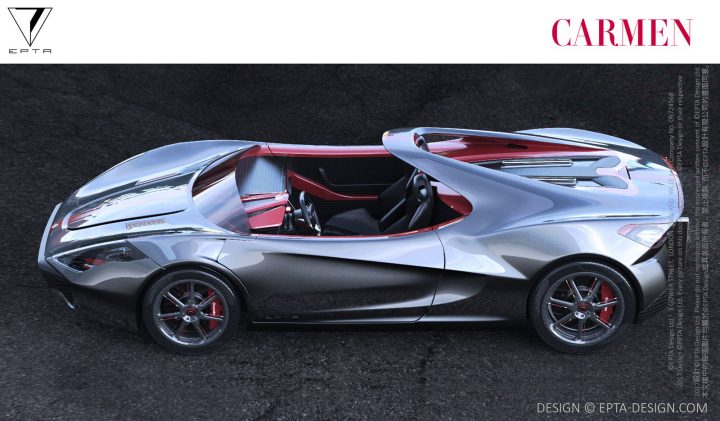 The work was developed until 2016, when the carmaker faced an economic crisis which ultimately led to the shutdown of the project.

A year later the design studio is revealing the result of that collaboration and the current state of the car in terms of style and details. 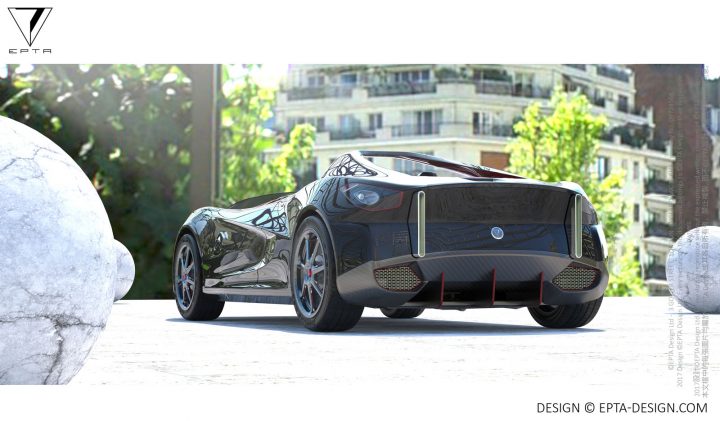 The name Carmen comes from the idea of creating “an elegant, gentle, yet also spicy and exciting car” – and just like a woman, a partner for life, a “Car” for “Men”, hence “Carmen”.

EPTA design is now looking for new partners who are interested in investing to finally bring the car to the track. 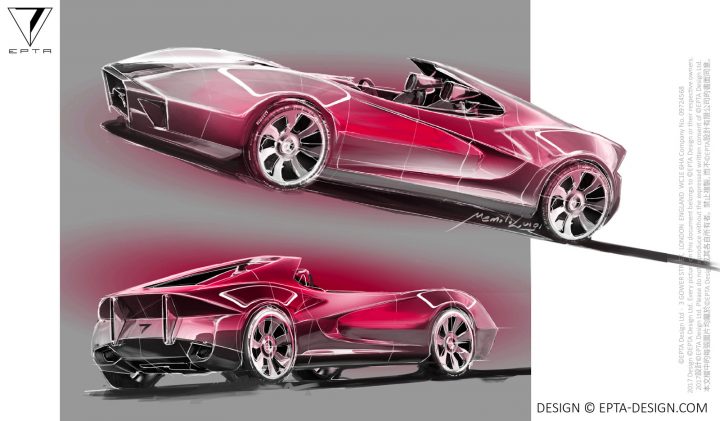 The design also incorporates several original elements, including the pill-shaped design theme adopted on the twin tailpipe exhausts, the elements on the engine cover and the inner components of the headlights – while the number seven – the word EPTA is a Greek prefix word meaning “seven” – recurs in the number of spokes of the wheels and is sculpted in the rear end. 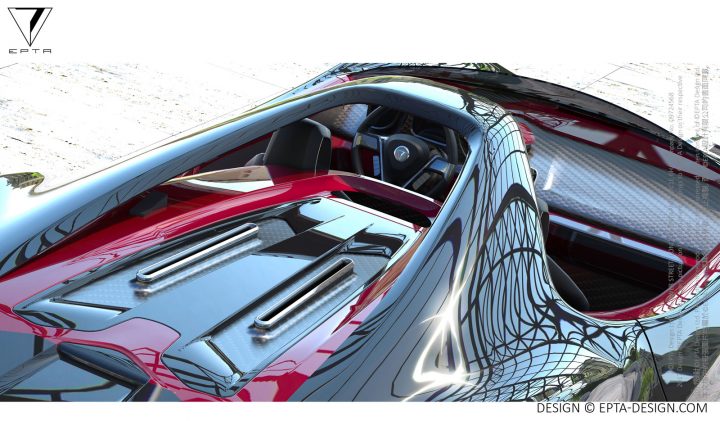 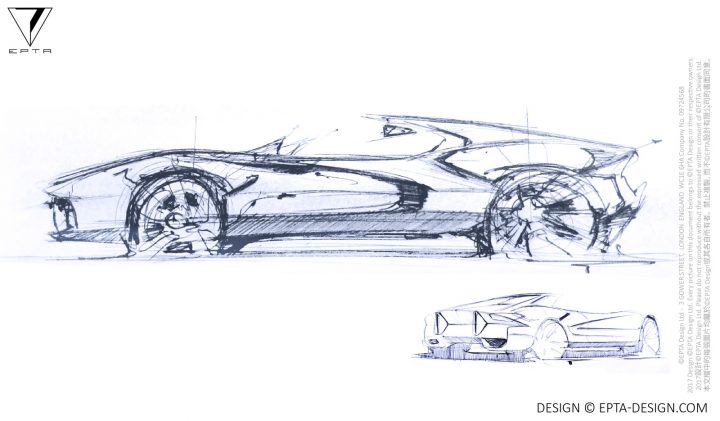 The The “key sketch” was made on a Moleskine sketchbook and shows a simple, elegant side, with many design elements already defined and with proportions aimed at recalling the elongated silhouette of a shark.

These elements were also kept in the phase of exploration and preliminary preparation at the beginning of the 3D modeling. 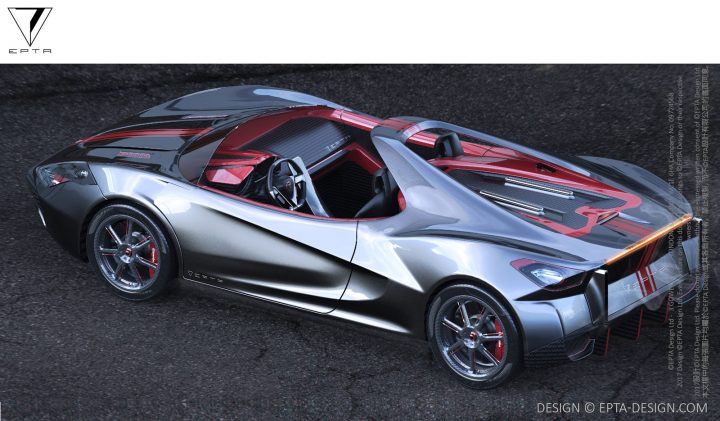 Some of these design elements were evolved from the Dendrobiunm Hypercar Concept presented by the studio in 2015. 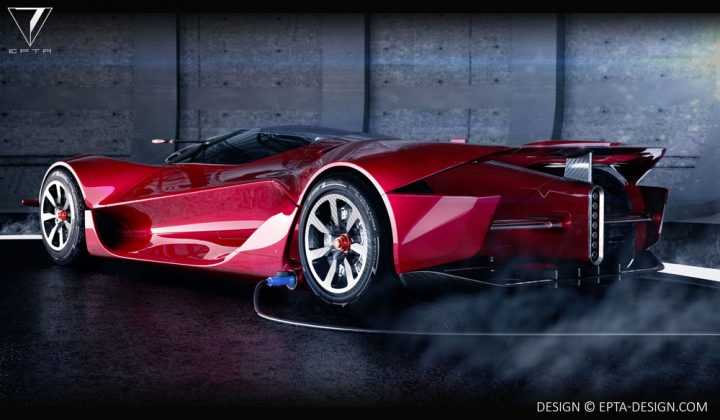 Above and below: the Dendrobiunm Concept (2015) 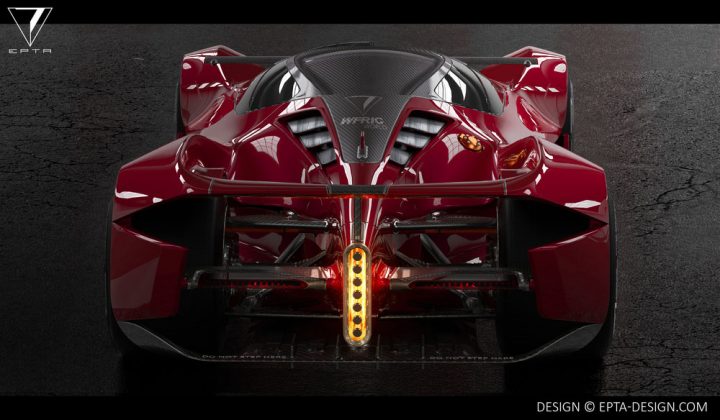 In the original project, the donor car for the underlying architecture and structure was the Ferrari 458. 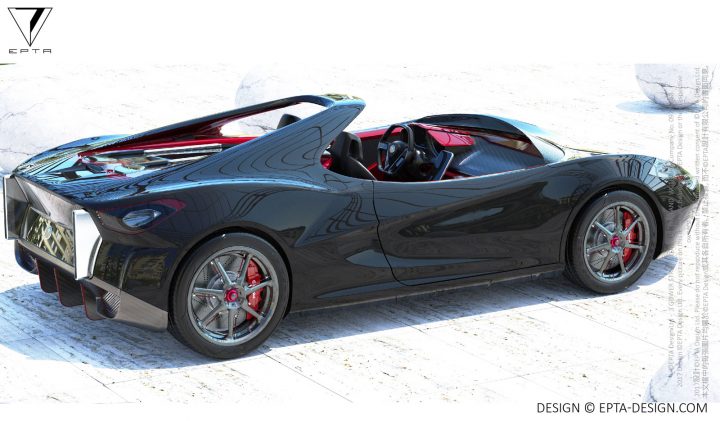 The sides are characterized by a surface treatment inspired the sharp and “scratchy” shape of a knife blade – a theme also adopted on other areas. 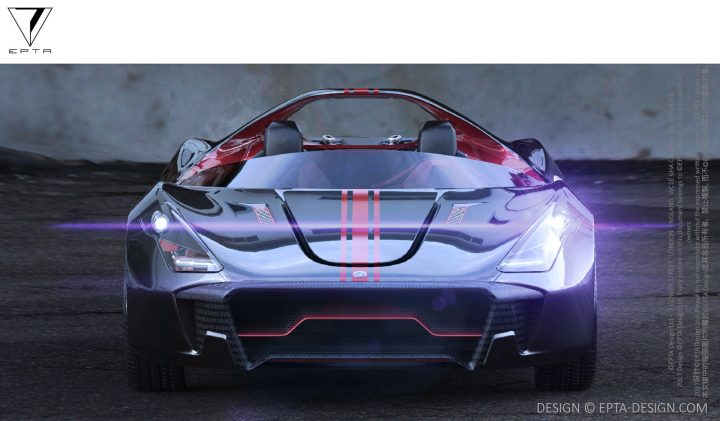 Seen for the front, the Carmen Concept recalls the shape of a manta 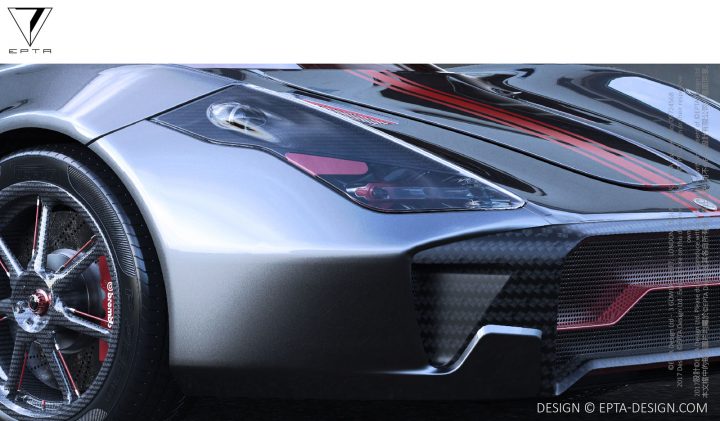 “Although at concept level, it was fundamental to propose a stylistic solutions for the headlight group. The 3D rendering techniques allowed to appreciate couplings, surface transitions and volumes.”

Two elements that were particularly taken care of by the designers are the steering wheel and the rims. 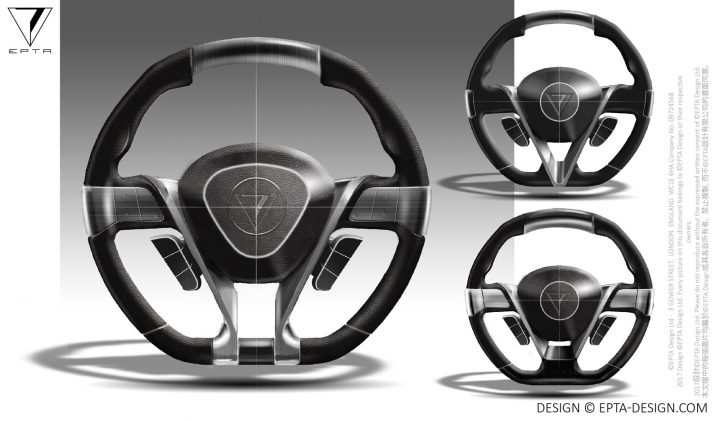 The steering wheel , finished in polished carbon fiber, leather and red stitching, is characterized by a titanium “V” structure which supports the central steering column and the control buttons. 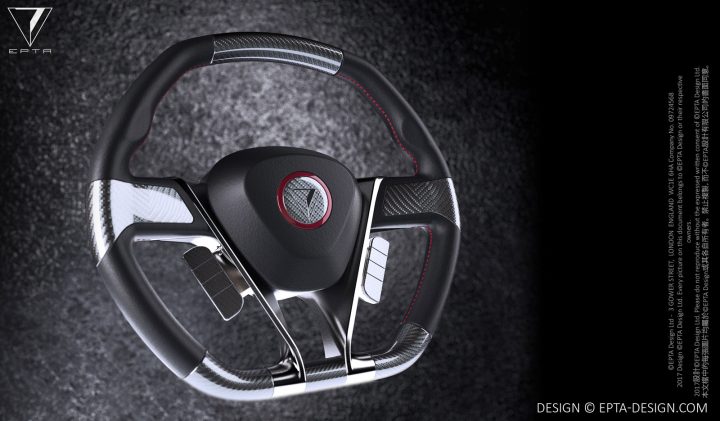 The carbon fiber rims, matched by carbon brake discs,  feature an elaborate, detail oriented design, with the seven spokes integrating steel rods, finished in Carmen red, that allow to visually lighten the structure of the wheel. 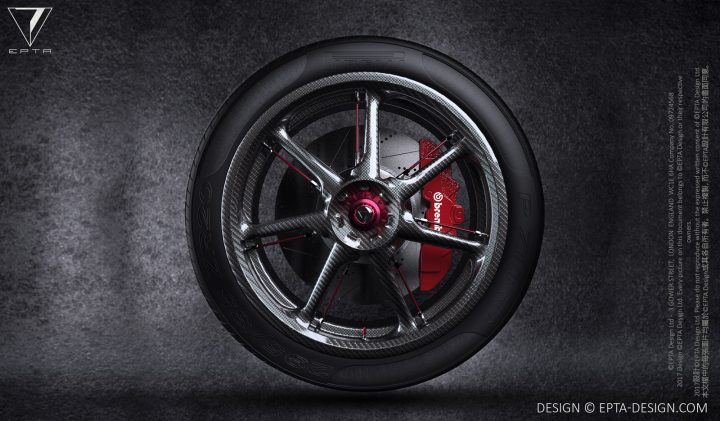 For more information on the project and EPTA Design you can visit www.epta-design.com.