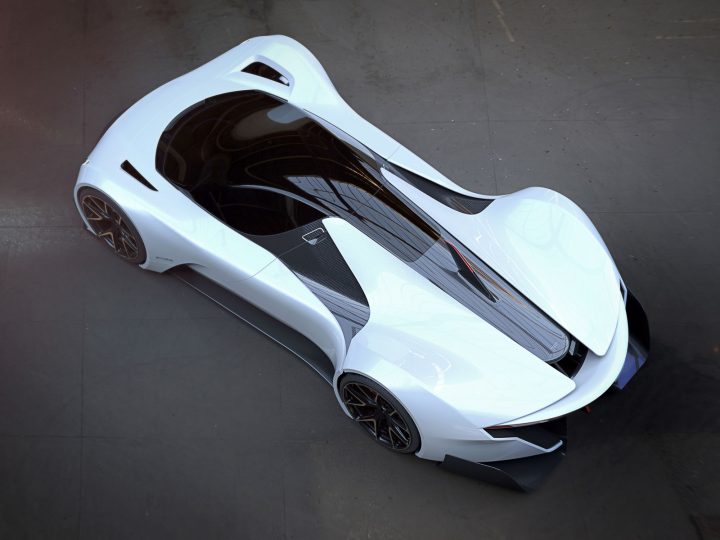 The Project_Zero is a concept created by Fabio Ferrante for his DOSE design community and inspired by the world of endurance racing of the past as well as by modern and futuristic technology.

The DOSE Project_Zero is a concept of an electric hypercar penned by Fabio Ferrante, an Italian Designer based in NY, for DOSE, the online community that he recently launched. 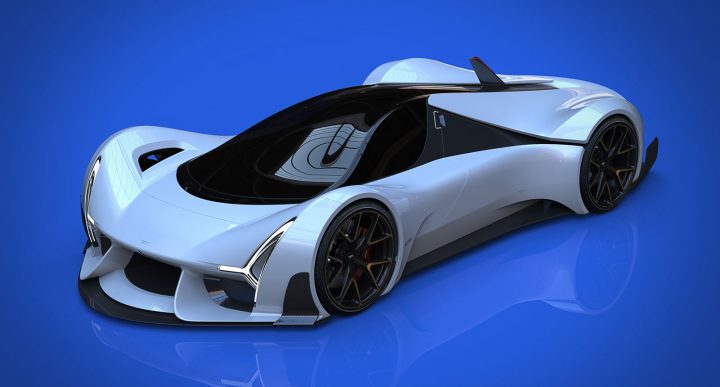 This model is the first of a series that will be created by the members of this online community, guided by Fabio and his team. 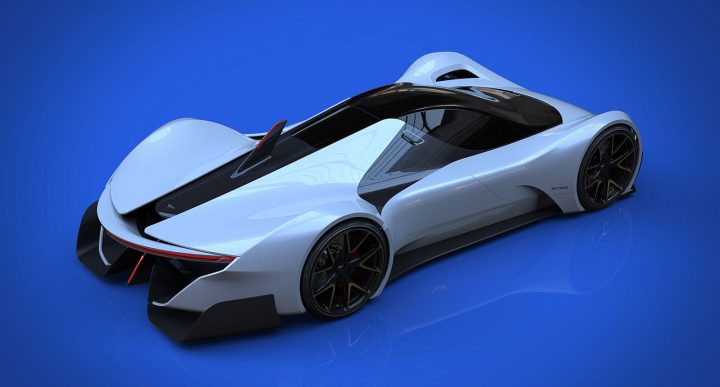 With this very first model, where the exterior design has been already finalized, the members of DOSE have been invited to complete the project by submitting their design proposals for the interiors, graphics, the exterior details and also the livery design. 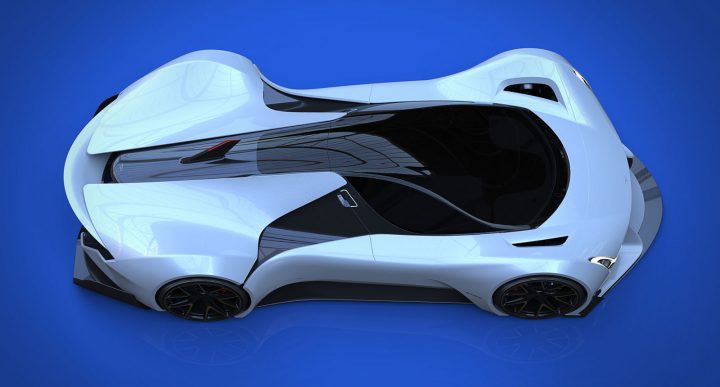 Starting from the second model, then community will have the chance to design the car from scratch, based on a new specific brief. 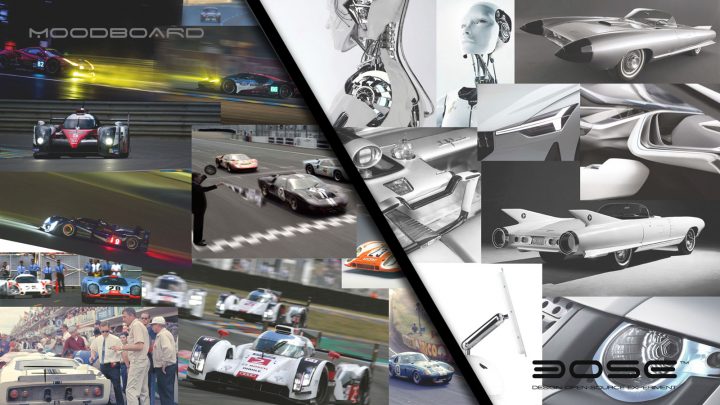 The style of the DOSE Project_Zero (the name is just temporary, the community will come up with it) is inspired by the most iconic races of all times: the 24 Hours of Le Mans. 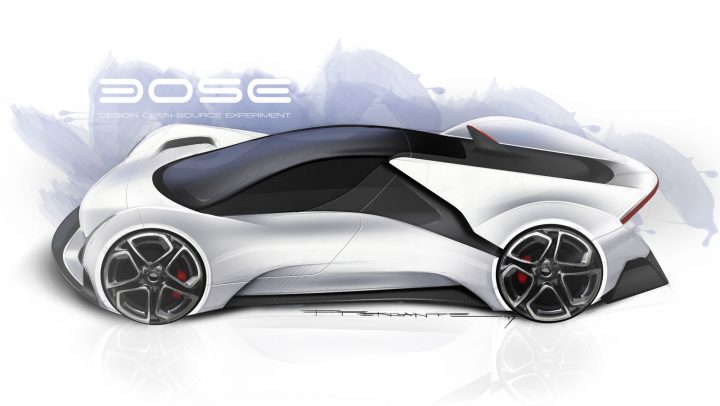 The legendary race saw the participation of all the most iconic cars from the ’50 and ’60 and represents still today of the most remembered scenarios of the racing world. 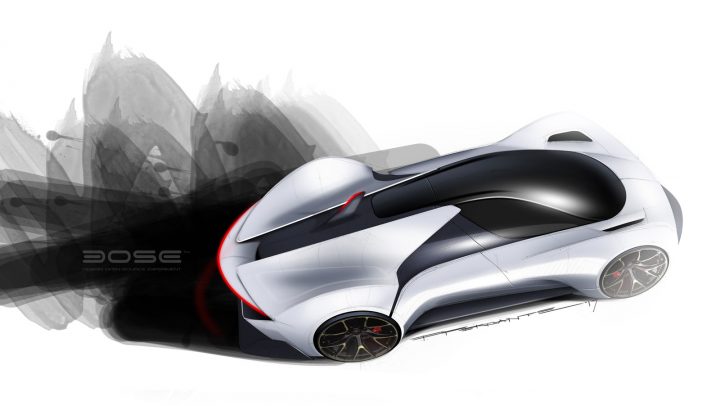 The DOSE project itself has been pre-launched the same day of the 2017 race. But at the same time this project doesn’t want to be just a tribute to race cars or races in general. 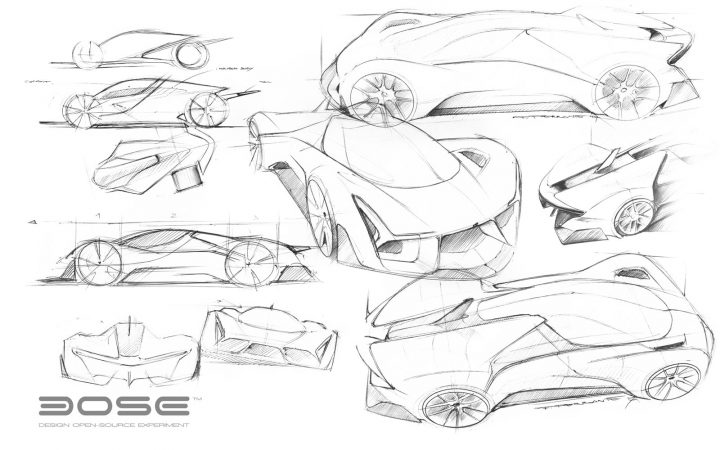 The inspiration went over and touched both the past and the future. Concept cars such as Pininfarina Modulo, Cadillac Cyclone or the Norman Timbs Special, very controversial when presented, have had an important influence on this project. 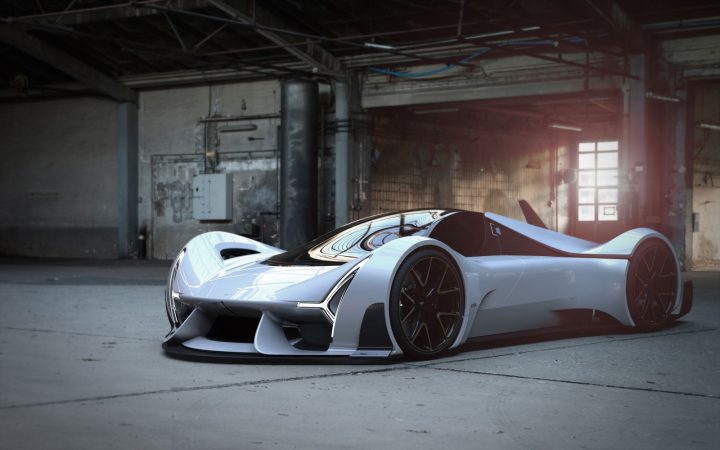 Another strong influence came from the sci-fi world and robotics in general. This resulted in the use of clean surfaces, layered design and glossy areas in contrast with carbon fiber of the semi exposed chassis. 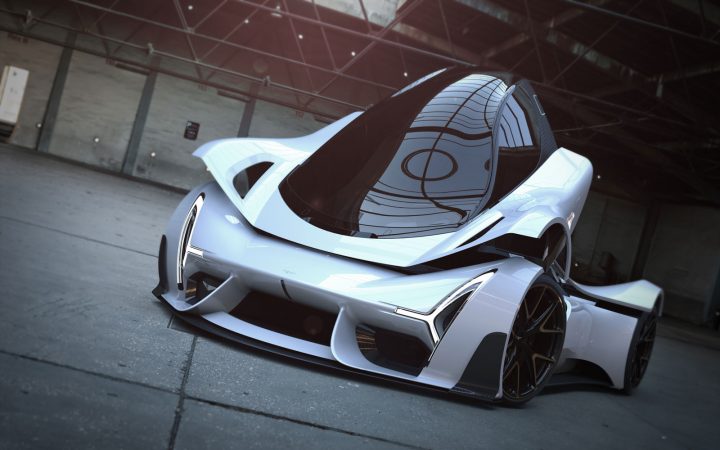 The car has been conceived as a 1 to 3 seater GT but the final interior configuration will be defined after the first Design Phase where the members of the community will send in their design proposals.

After the great success of Formula E, this concept wants to push the bar up and in the future bring the electric propulsion even where, for now, hasn’t been imagined yet because of limits coming from the time needed to charge the batteries: the Endurance races. 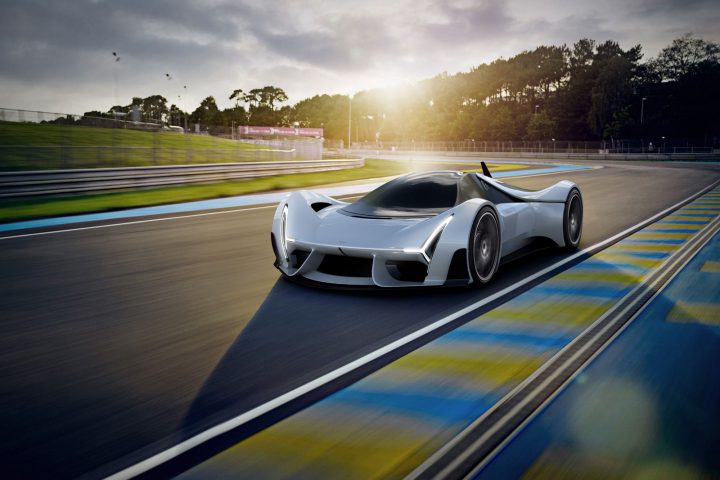 High efficiency and interchangeable cartridge battery or a new concept of inductive charging system that will recharge the car along the circuit will allow the drivers to go to the pit lane only to switch themselves behind the steering wheel and/or for a fast changing battery process.

A pure conceptual vision for now, hard or nearly impossible to realize but “That’s the importance of advance design. Not just shapes but strong concepts that bring to the table a new recipe, using the ingredients that technology gives to us… with just a pinch of creative thinking.” , Fabio Ferrante says. 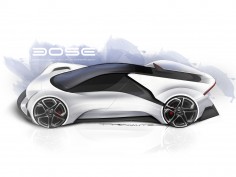 New York-based designer Fabio Ferrante is launching DOSE, an online community of creative professionals and students that will work on design projects with a real-world design studio approach.