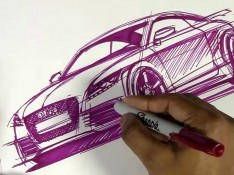 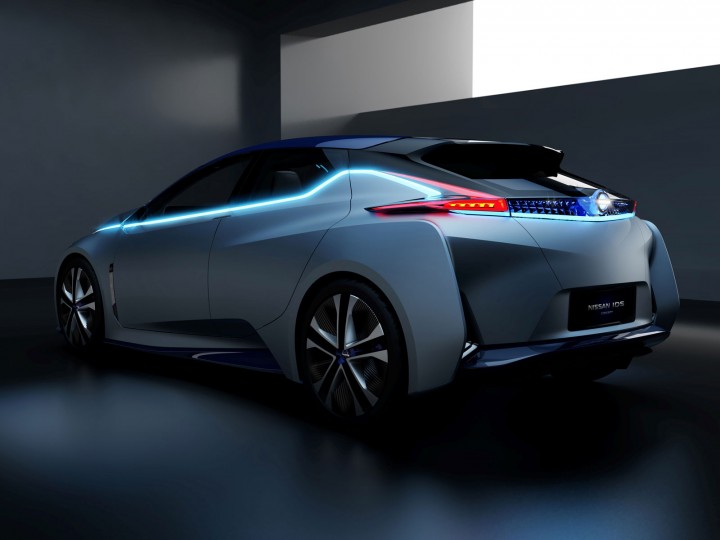 Revealed at the Tokyo Show, the IDS Concept features an intelligent self-driving system capable of learning and a transforming cabin that turns into a modern lounge.

The IDS Concept marks Nissan’s latest step in the development of a next-generation autonomous EV, with the goal of reaching production in 10-15 years.

Featuring an “intelligent” autonomous driving system, the concept car is based on the idea of “communication” between the vehicle, its passengers and the outside world. 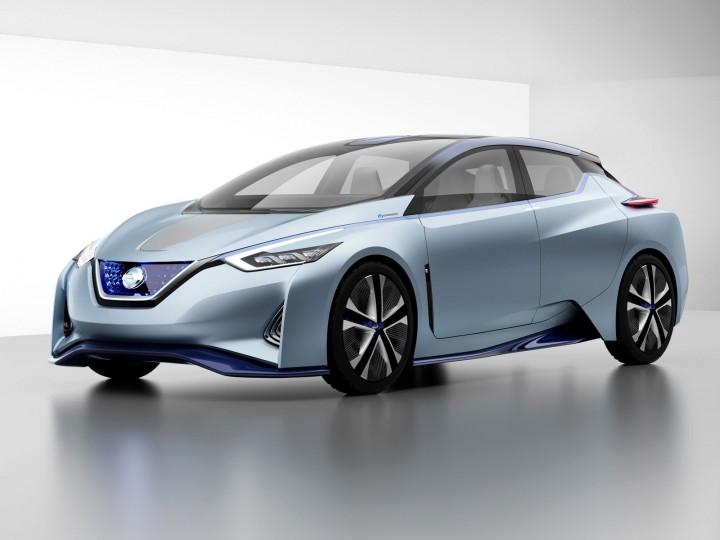 The proportions are characterized by minimal overhangs and a very long wheelbase, which maximizes the interior space. 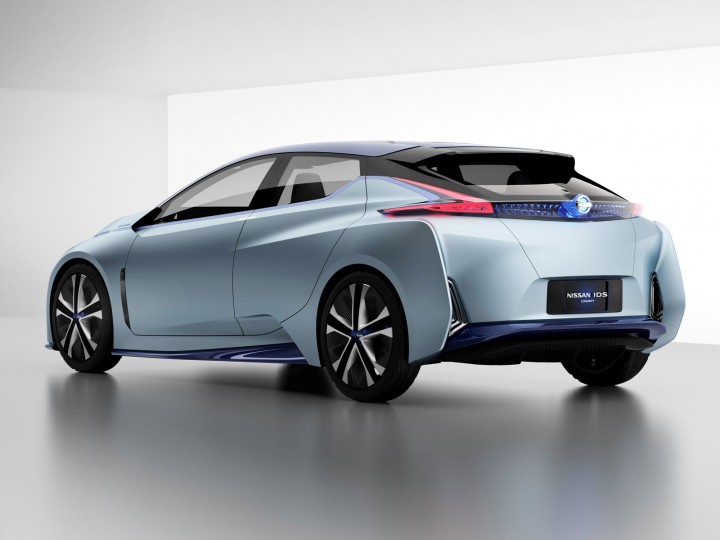 Among the distinctive design elements are the A pillars with a hollow structure that increases visibility and the side character line made of a LED strip called “Intention Indicator”. 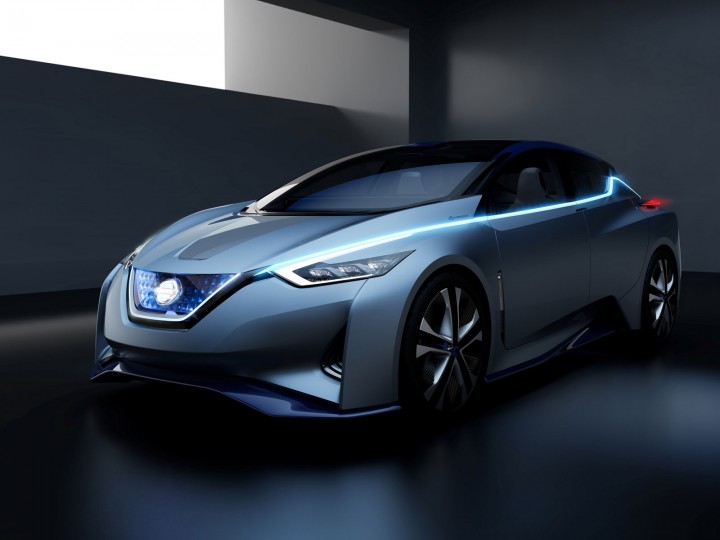 The design language evolves the one already introduced with some recent concept cars.

However, the focal point of the IDS concept is the interior, which changes layout depending on the driving mode. 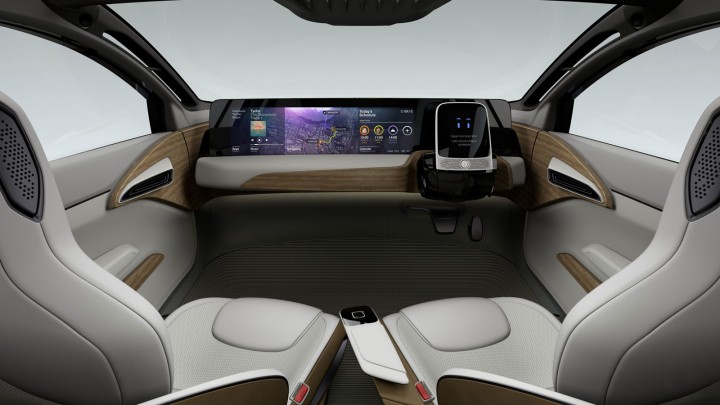 In self-driving (“Piloted”) mode, the four individual seats turn inwards providing a lounge-like atmosphere. The steering wheel and pedals recede while a large flat screen comes out of the dashboard. 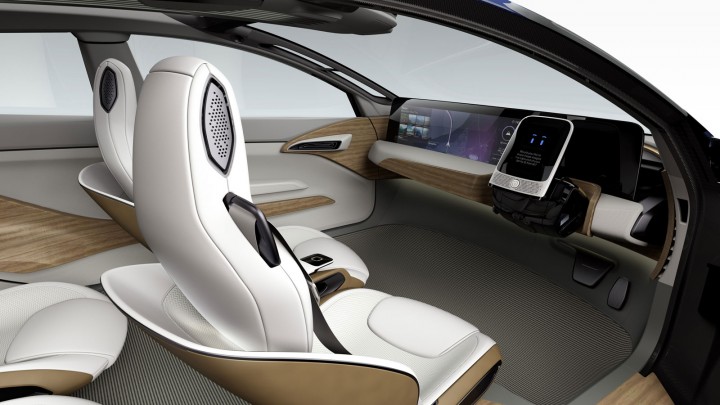 The autonomous driving system developed by Nissan includes an artificial intelligence feature that allows the car to “learn” the driving style and preferences and to use them when in Piloted Mode.

In Manual Drive mode, even if the driver has control, the system provides assistance by monitoring the various driving conditions and assisting the driver in case of danger.

“A key point behind the Nissan IDS Concept is communication. For autonomous drive to become reality, as a society we have to consider not only communication between car and driver but also between cars and people. The Nissan IDS Concept’s design embodies Nissan’s vision of autonomous drive as expressed in the phrase together, we ride,” says Mitsunori Morita, Design Director.

“The Nissan IDS Concept has different interiors depending on whether the driver opts for Piloted Drive or Manual Drive. This was something that we thought was absolutely necessary to express our idea of autonomous drive,” says Morita. 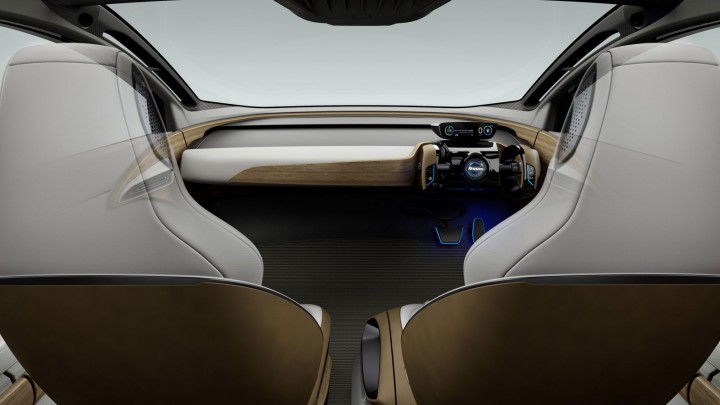 Even though it is a hatchback, the Nissan IDS Concept’s long wheelbase enables comfortable seating space for four adults.

But the cabin becomes even more spacious when the driver selects Piloted Drive. In this mode, the steering wheel recedes into the center of the instrument panel and a large flat screen comes out.

Various driving-related operations are handled by AI, voice and gestures from the driver. The interior, which is comprised of natural materials such as mesh leather, is illuminated by soft light. All four seats rotate slightly inward, facilitating easier conversation. It’s like relaxing in a living room.

When the driver selects Manual Drive, the roomy interior transforms to put the driver in control. All seats face forward. The steering wheel, which takes styling cues from reins for horse riding, appears along with driving meters and a heads- up display that shows route and other driving information. Interior lighting switches to blue, stimulating the ability to concentrate.

Nissan’s use of hollow- structure A-pillars helps ensure excellent visibility by reducing blind spots and also contributes to the feeling of open space.

“In every situation, it is about giving the driver more choices and greater control. And the driver will remain the focus of our technology development efforts,” Ghosn said at the show.

The transformation to Manual Drive can be carried out with ease through a switch between the front seats called the PD Commander. This is the only control the driver can physically operate when the car is in Piloted Drive: when the driver is ready to take over driving, a physical action should initiate the change.

For autonomous drive to be widely accepted, people need to fully trust the technology. Through its innovative communication capabilities, the Nissan IDS Concept promotes confidence and a sense of harmony for those outside the car as well. 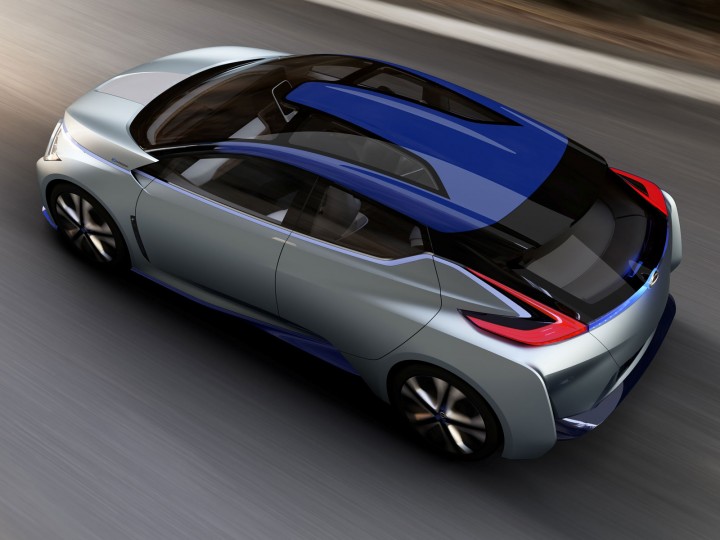 Various exterior lights and displays convey to pedestrians and others the car’s awareness of its surroundings and signals its intentions. The car’s side body line, for example, is actually an LED that Nissan calls the Intention Indicator.

When pedestrians or cyclists are nearby, the strip shines white, signaling that the car is aware of them. Another electronic display, which faces outside from the instrument panel, can flash messages such as “After you” to pedestrians. This natural, harmonious system of communication signals a new future with cars.

Design Director Mitsunori Morita says: “By the time Nissan Intelligent Driving technology is available on production cars, EVs will be able to go great distances on a single charge. Getting to this point will, of course, require the further evolution of batteries, but aerodynamic performance is also very important. We incorporated our most advanced aerodynamic technology in the design of the Nissan IDS Concept.”

The height of the full carbon fiber body was constrained to 1,380 mm, sharply minimizing aerodynamic drag (Cd). Positioning the tires close to the corners of the body maximizes interior space while enabling a wrap-around cabin design. Nissan selected large-diameter wheels for high-performance and sportiness, but used very thin 175-size tires to minimize air and roll resistance. The wheels have a layered design suggestive of thin fins that create tiny vortexes of air flow on the wheel’s surface. This design further contributes to smooth air flow.

The icicle pattern on the Nissan IDS Concept’s grille symbolizes a pure and clean design — perfect for an EV. Shaped like a stack of ice blocks, the grille pattern appears transparent. The car’s bluish satin silver body color heightens the impression of a comfortable and secure cabin space.
Highly evolved EV technology for long-distance driving

The Nissan IDS Concept is fitted with a high-capacity 60 kWh battery, and thanks to its outstanding aerodynamics, low stance, flowing form and reduced weight due to its full-carbon-fiber body, the vehicle is designed to also meet the need to drive long distances.

Other technologies on the Nissan IDS Concept include Piloted Park that can be operated by smartphone or tablet, and wireless charging technologies. Through these, the driver can leave parking and charging to the car . 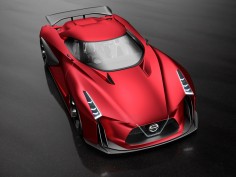 For the upcoming Tokyo Show, Nissan has updated its Concept 2020 Vision Gran Turismo with a new face and body color.