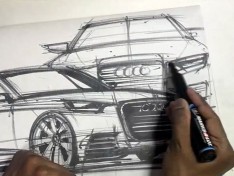 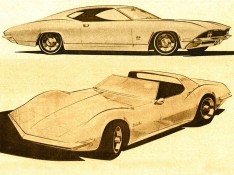 The Top Ten Photoshop alternatives for drawing and painting 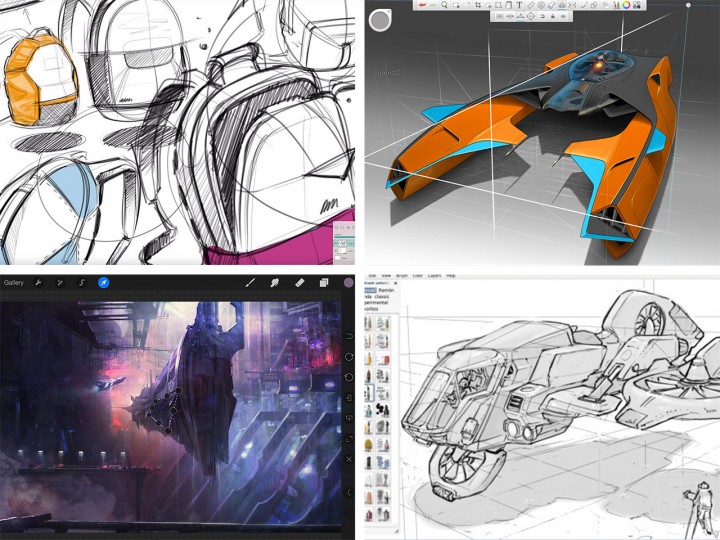 Photoshop is the undisputed industry standard digital imaging solution, and is also widely used for sketching and painting. However there are many valid alternative specialized applications, either free or with an affordable price point.

In this round-up we’ll not report an exhaustive list – for that we refer you to our directory pages in the Design Software section.

Instead, we have compiled a list of proven alternative solutions, dividing them into two main categories (drawing/sketching and painting/illustration), even if most of them allow to do both drawings and paintings.

For pure line drawing and sketching, there are really some great alternatives that can be considered far better than Photoshop.

Features that set them apart include more responsive brush engines and drawing-focused features  – like for example custom rulers, perspective guides and symmetry tools – that have been requested by many Photoshop users for a long time, with very little success so far. 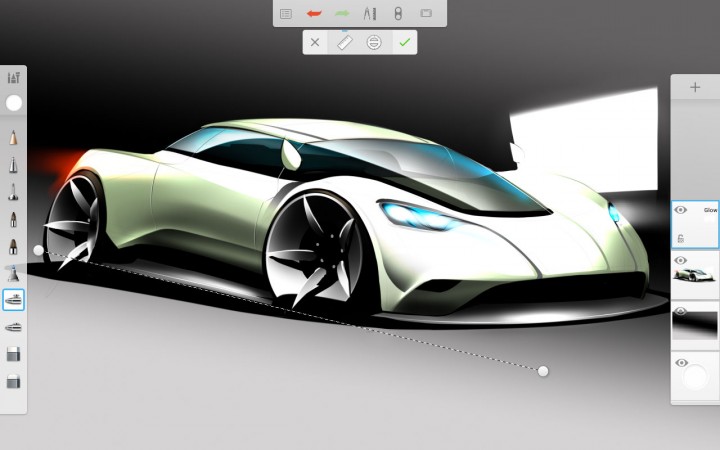 (Mac, Windows, iOS, Android) Given its natural target towards product and industrial designers, Autodesk SketchBook Pro is widely adopted in these fields as a pure sketching and ideation tool and one of the best alternative choices to Photoshop for design sketching and basic digital rendering. 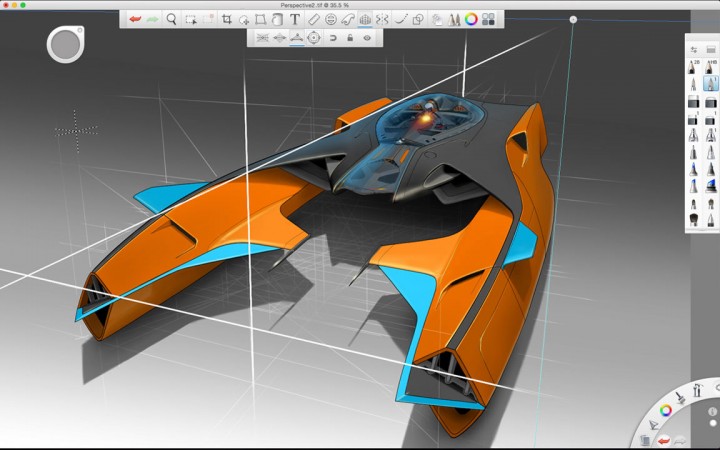 The current price for the desktop version is $65 for a non-subscription license and $24.99/year or $2.99/month for the subscription version. It is also available for iOS and on the Google Play Store. 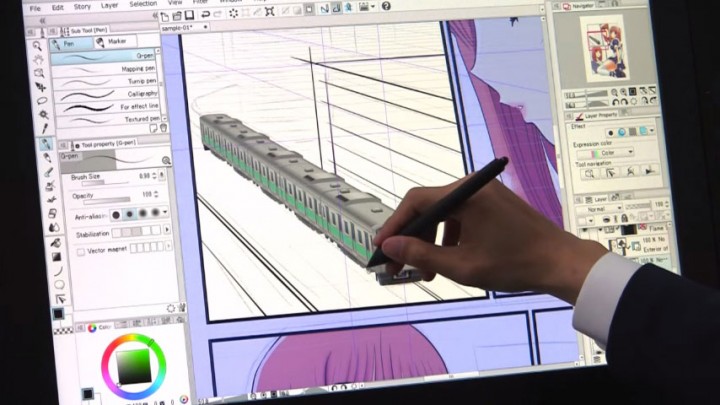 Clip Studio Paint is a name relatively new for many designers. Initially targeted to comic and manga artists, it has been around for a several years now, but until recently it has been marketed outside Japan by Smith Micro under the name “Manga Studio”, which somehow limited its visibility and adoption by the general design public. 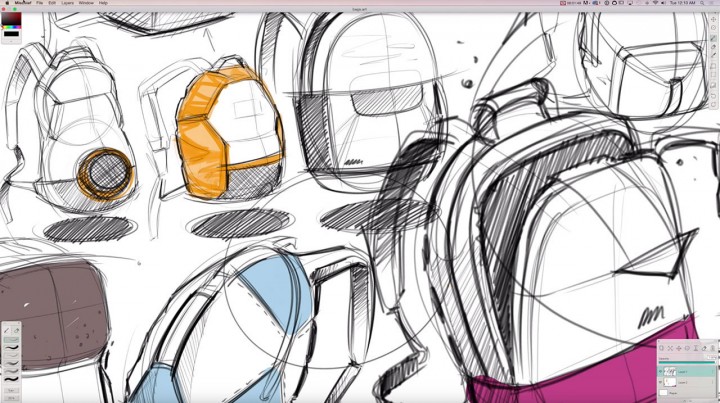 Recently acquired by The Foundry – makers of MODO and Nuke, Mischief is a drawing/sketching app based on the Adaptively Sampled Distance Fields (ADFs) technology, which enables to draw on an infinite canvas with unlimited zooming capabilities and vector-like drawing quality.

It is available in a free lite version and a commercial version – with a very affordable price point. While it doesn’t provide advanced sketching tools, it’s really worth a try as a digital replacement for the traditional sketchbook.

The applications listed below provide a wider range of brushes and effects that allow to create complex digital paintings and illustrations. Most of them can also be used for simple line drawings. 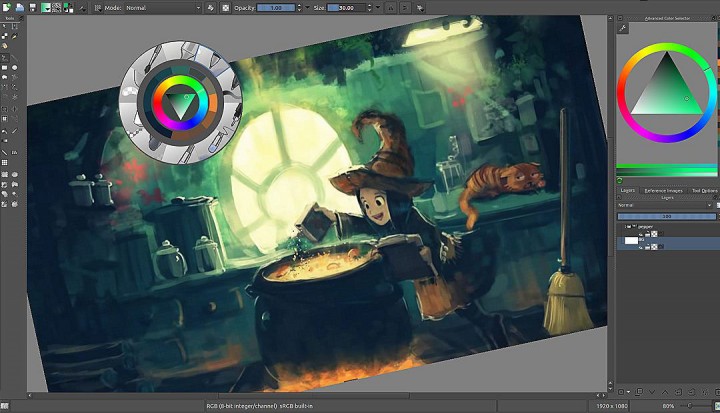 (Windows, Linux) Krita is developed with a specific focus on digital artists and includes a high quality brush engine and a growing set of features, including the ability to work with both bitmap and vector illustration. 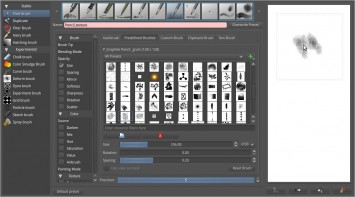 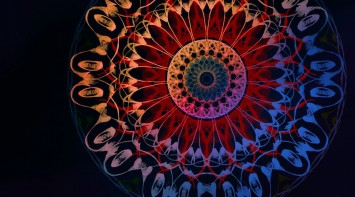 It is free and distributed under GNU General Public License. It is one of the best free alternatives for Windows and Linux users – an experimental Mac version exists but it’s not on par with the others. 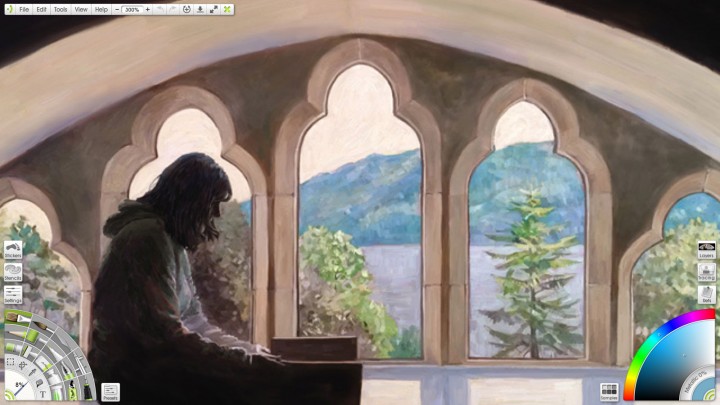 (Mac OSX, Windows, iOS, Android) Developed by Ambient Design, ArtRage is a software specifically designed to simulate traditional media and characterized by an affordable price tag and an interesting feature set, including a flexible stencil system with rulers and french curves and a symmetry drawing tool. 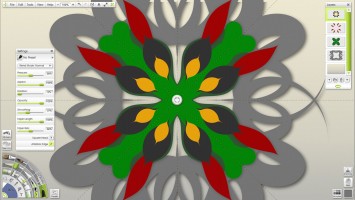 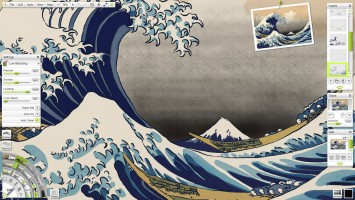 A distinctive feature is the original user interface, optimized for pen tablets. It is also available as a mobile app for iOS (iPad and iPhone) and Android. 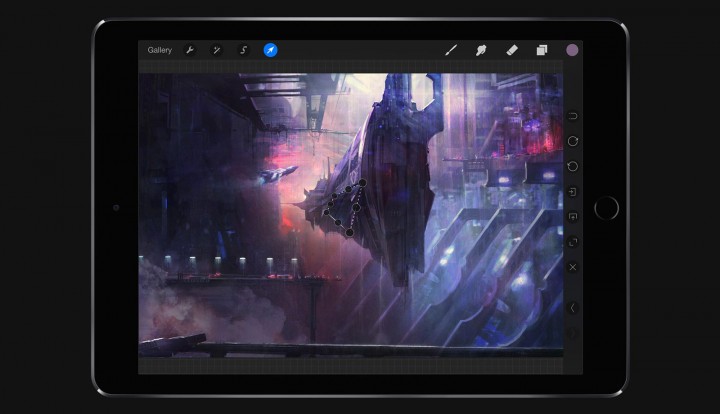 (iOS) Procreate by Savage Interactive is the only application on this list which runs exclusively on mobile devices, but for its stroke engine responsiveness and brush quality, it undoubtedly deserves a mention. 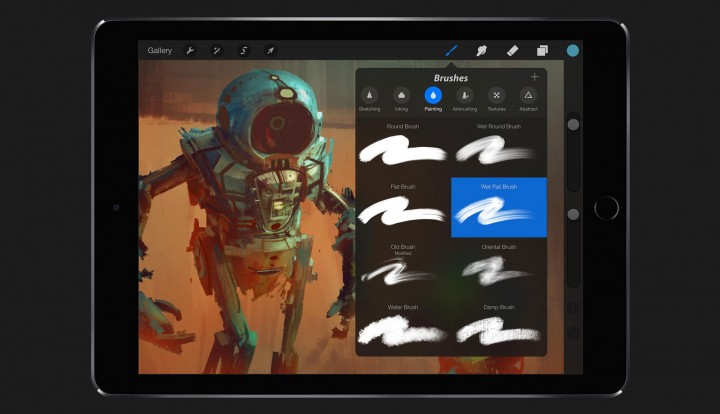 Thanks to Procreate, many designers decided to completely switch to the iPad for exploring ideas and making initial sketches or even more refined illustrations. 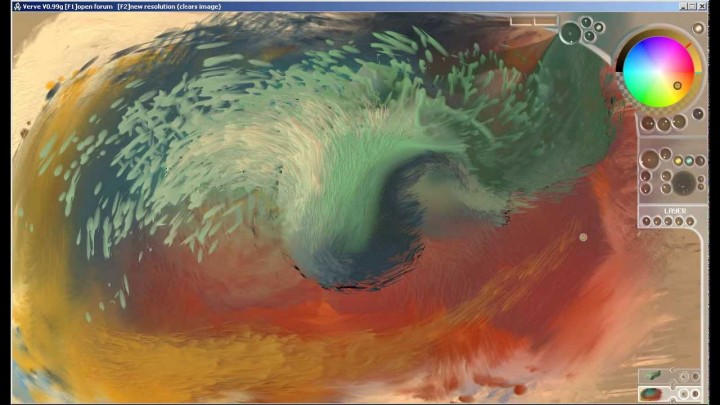 (Windows) Verve Painter is a lightweight, free experimental application with a GL-based shader paint engine that simulates real fluid dynamics. Despite its limited features set, and the fact that it’s not suitable for line drawing, it’s a really interesting tool that’s worth exploring for creating original effects. 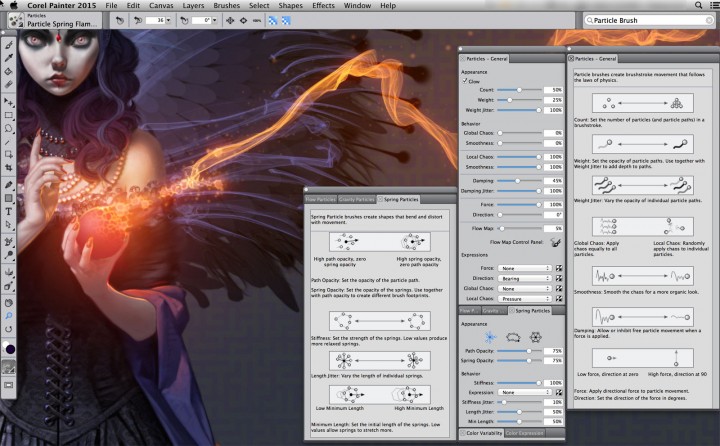 When speaking about digital painting it’s difficult not to mention Painter, one of the first and most established applications of this kind, first released in 1990 – one year earlier than Photoshop.

The 2015 version introduces a number of advanced tools, like a particles system that allows to simulate certain analogue media or to create special digital effects.

Its price point cannot be considered “affordable”, however some of its advanced features make it a must-have tool for many artists specialized in digital painting – especially those who want to emulate natural media. It is also available in a cheaper, lite version called Painter Essentials.

(Windows and GNU/Linux) MyPaint is another open-source software targeted to digital painters. 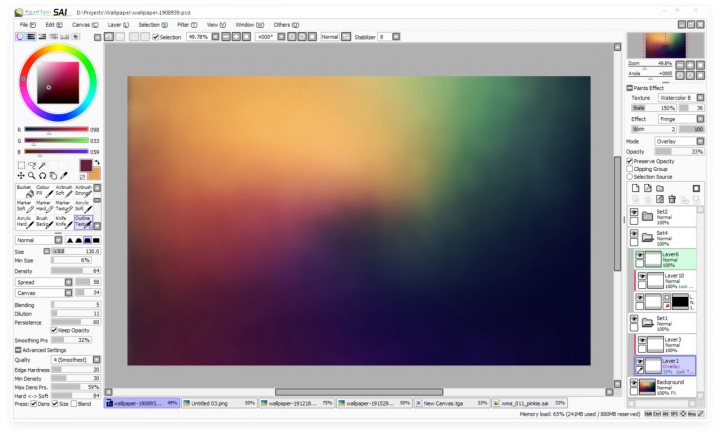 (Windows) SAI or Easy PaintTool SAI is another Japanese lightweight painting software, first released in 2004 and mainly targeted to comic and manga artists. It is relatively simple and intuitive.

So, what is your favorite sketching/painting software? Let us know in the comments!

As our Facebook subscribers suggested, we are adding another drawing software entry: 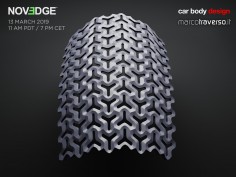 This Wednesday we will present a new 3D design webinar in collaboration with Novedge, covering different design strategies forthe creation of 3D patterns and textures using Rhino and Grasshopper. 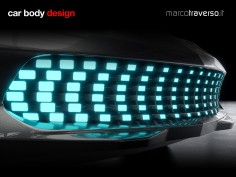 The complete recording of our first exclusive webinar that gives an introduction to Grasshopper for Rhino, with an overview and a demonstration of the software specifically targeted to designers.