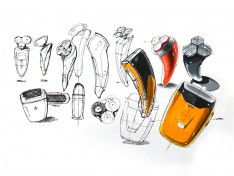 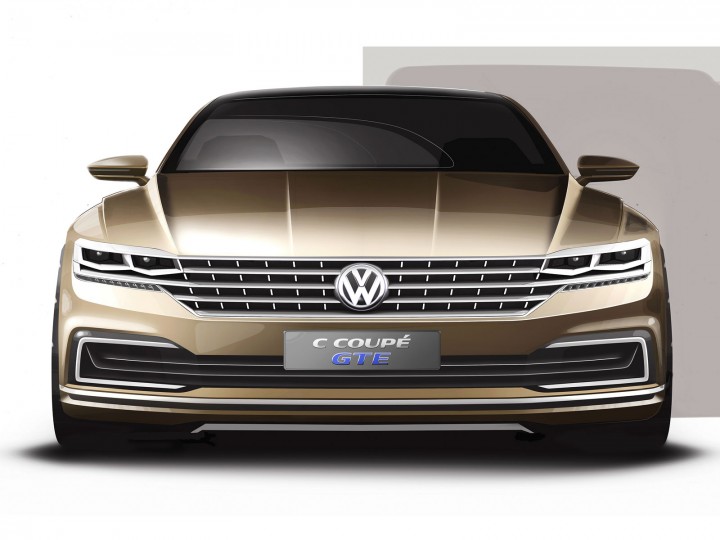 Following Sport Coupé Concept GTE unveiled in Geneva, the C Coupe GTE is over five meters in length and over 1.9 meters in width. 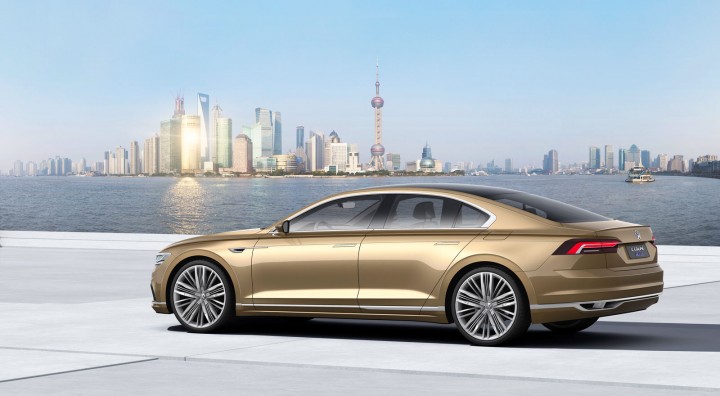 It shows a new design approach expected to be adopted on the brand’s future large sedans, with a face characterized by horizontal lines, long hood, very low stance and low profile side windows and a horizontal character line formed by two lines emphasizing the car’s length. 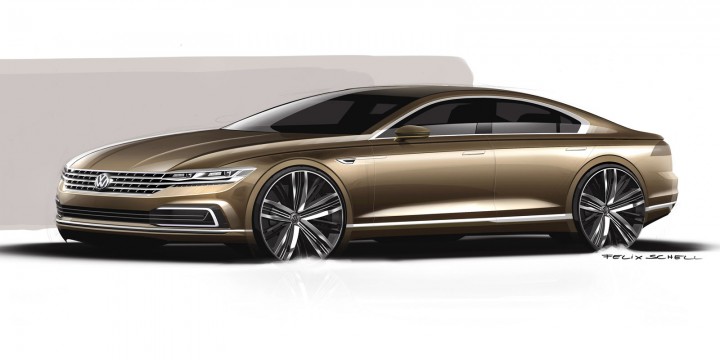 The generous dimensions are balanced by the massive 22-inch wheels fitted with 265/30 tires. 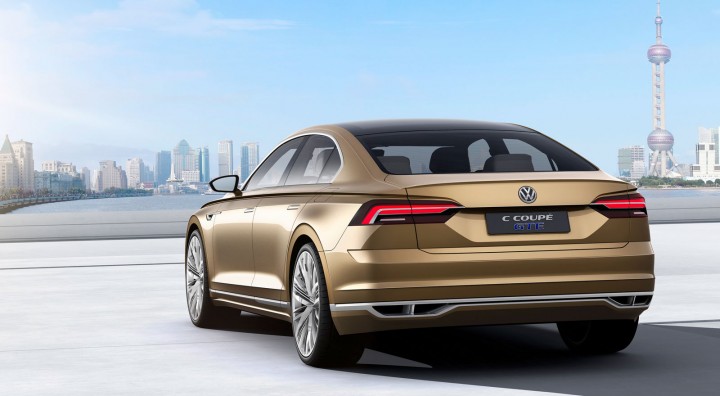 The car, designed primarily for the Chinese market, is based on the company’s MLB platform – the same adopted for the Audi A6. 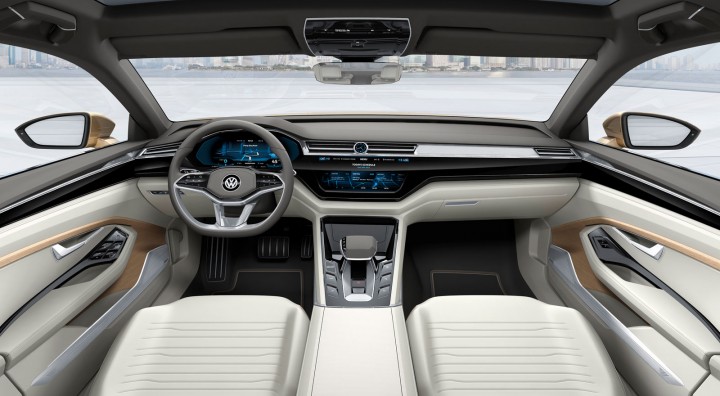 The C Coupé GTE is equipped with an advanced plug-in hybrid drive system combining a turbocharged gasoline direct-injection engine (TSI), an 8-speed automatic gearbox, an electric motor integrated in the gearbox module and a lithium-ion battery. 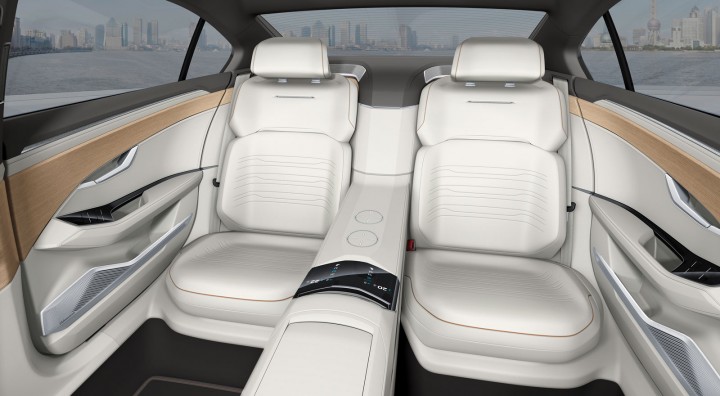 Official Statements on the design 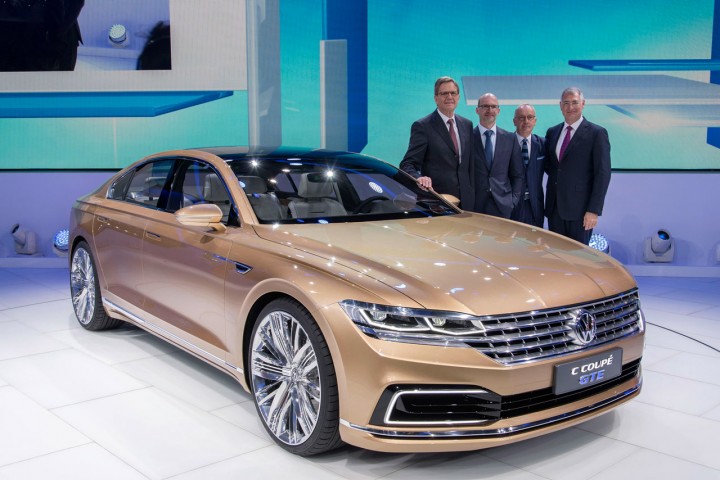 Explaining the design concept of the concept car, Walter de Silva, Head of Design of the Volkswagen Group, commented: “Saloons have changed hugely in recent years. The new design of the rear that is oriented to the classic two-door “coupé” has given them more personality. 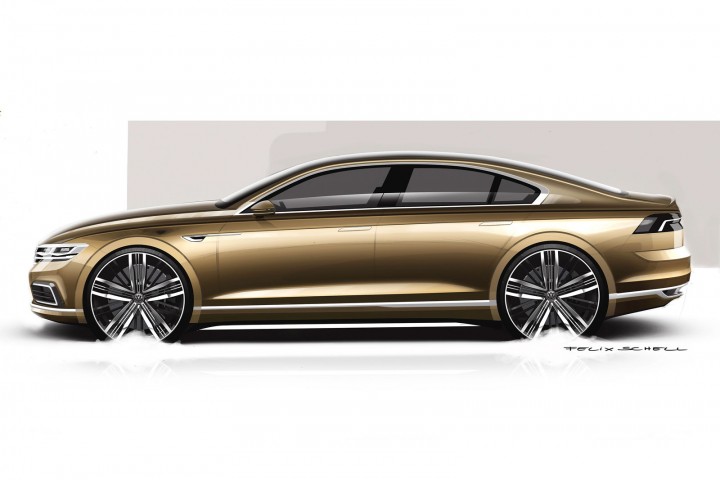 “The Volkswagen designers have integrated this stylistic element into the very dynamic design of the C Coupé GTE saloon; they have developed a striking front end and given the vehicle its own authentic character. They have created a model that appeals to Chinese customers, who always follow the trends of European car design with great interest.” 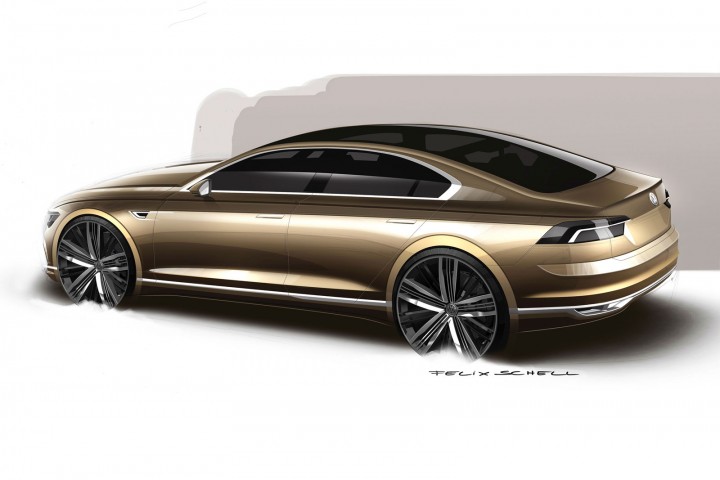 Klaus Bischoff, Head of Design of the Volkswagen brand adds: “The future of the new Volkswagen premium class models is indeed starting in Shanghai because the C Coupé GTE very clearly shows the new “face” of top Volkswagen saloons for the first time and an unparalleled superior design presence.”

“The sports saloon unequivocally demonstrates our premium standards. The evolution of the Volkswagen design DNA shown here will accompany us worldwide – also on the way to the new Phaeton. A further ground-breaking aspect is the fact that the progressive design reflects the technical innovations to be integrated in future models.”