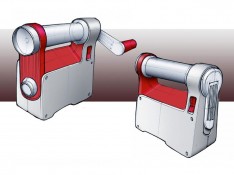 Running until May 2 2015, “American Dreaming” has been organized by the co-producers of the homonymous documentary. A panel discussion featuring retired automotive designers and art historians will be held on April 29.

“American Dreaming: Detroit’s Golden Age of Automotive Design,” is the first comprehensive exhibition to offer a look inside the design studios of Detroit’s automakers from 1946 to 1973. 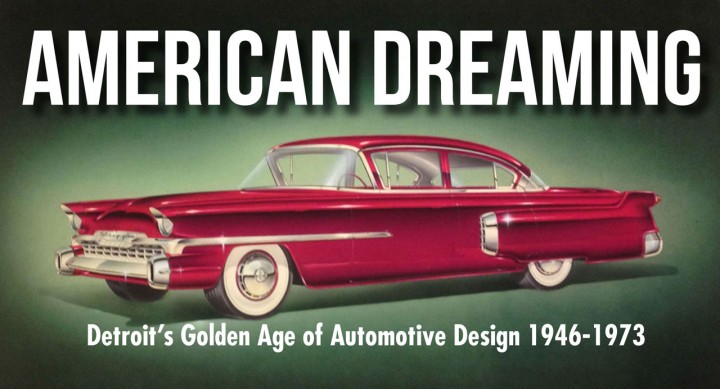 Artist Bill Brownlie of Briggs Design proposed this new body theme for the Packard Clipper, but it was never used. Chrysler acquired Briggs Design in 1953, and Brownlie worked on many of the iconic Chrysler models in the 1950s and 1960s.

Most of the visionary artworks and design sketches created in those years have been destroyed by the automakers, however many designers managed to “save” some of their works.

Sponsored by LTU’s College of Architecture and Design, the event has been organized and curated by Robert Edwards and Greg Salustro, co-producers of a feature-length documentary film, “American Dreaming,” currently in production. 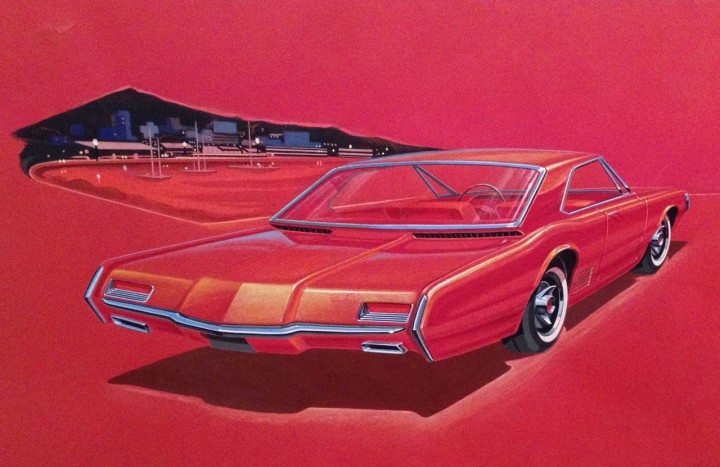 The exhibition, which offers a free admission to the public, will run from April 17 to May 2 at Lawrence Technological University. 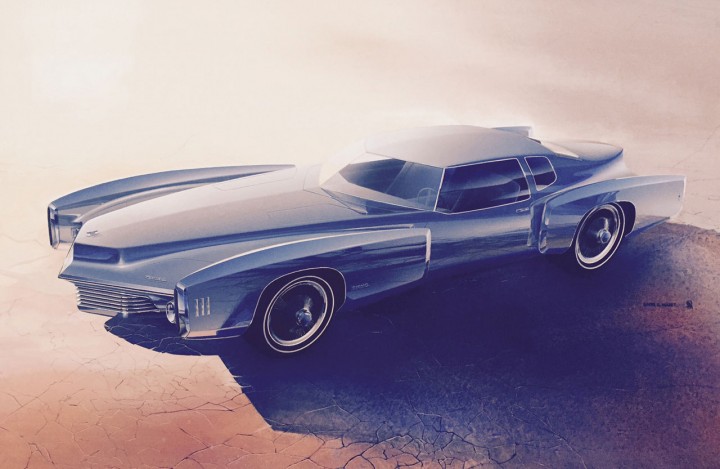 The event will be open 11 a.m. to 5 p.m. Monday through Saturday and from noon to 5 p.m. on Sundays in the gallery of LTU’s University Technology and Learning Center, 21000 West Ten Mile Road, Southfield. 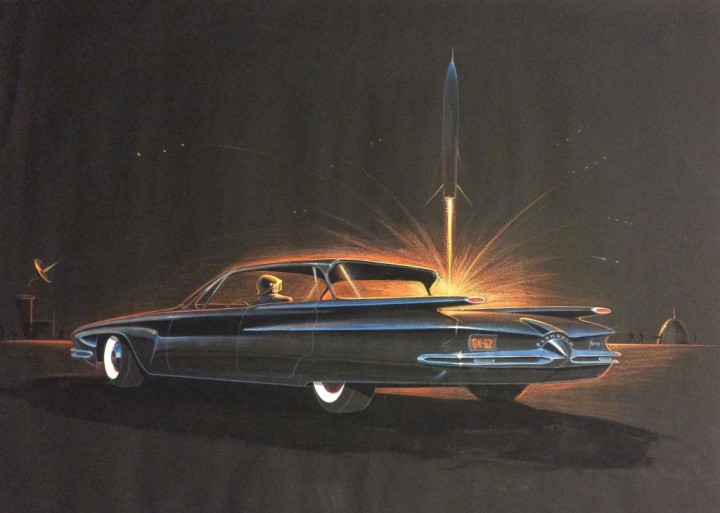 On Wednesday, April 29, from 7-9 p.m. Keith Nagara, director of LTU’s transportation design program, will lead a panel of retired automotive designers and art historians in a discussion about the art of the automotive industry and its place in American art history. Admission is free to this program in the Architecture Building auditorium at Lawrence Tech. 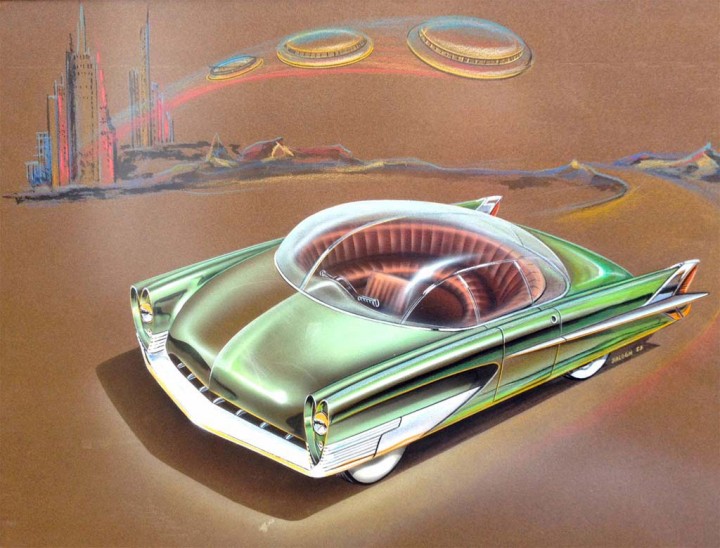 “In an effort to gain market share in the post-World War II era, Detroit-based automakers hired university-trained artists to produce the most visually appealing cars.

“This was a time when styling and design were highly valued by automakers, and artists had the opportunity to shape the industry and change the look of the entire country.

“What makes this exhibition particularly remarkable is that the car company policies mandated preliminary artwork to be destroyed when the final designs were selected for production, so the vast majority of this artwork has disappeared.

Robert Edwards and Greg Salustro, both native Detroiters, have been fascinated by these artists and their artwork and want share what they’ve discovered with fans of graphic art everywhere.

Their forthcoming film features interviews with the designers whose creative imaginations launched the golden age of automotive Americana.

“We want to shine a bright light into the world of Detroit’s automotive design studios and recognize the artists of this golden age of car design,” explained Edwards of Salustro/Edwards Productions.

For more information on the documentary visit the official website.

Lawrence Technological University is a private university founded in 1932 that offers more than 100 programs through the doctoral level in its Colleges of Architecture and Design, Arts and Sciences, Engineering, and Management. 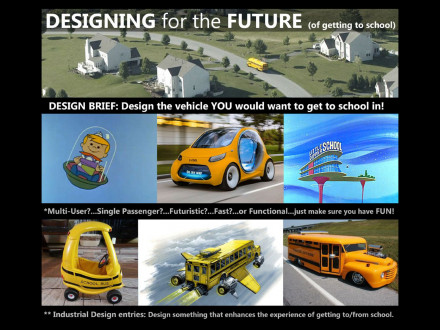 New Designing for the Future Competition launched by Ford and LTU

Ford Motor Company Fund and Lawrence Technological University have announced a new edition of the “Designing for the Future” Competition, open to students interested in  LTU's Transportation Design and Industrial Design programs.