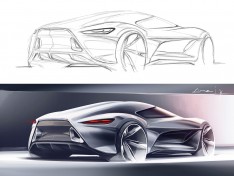 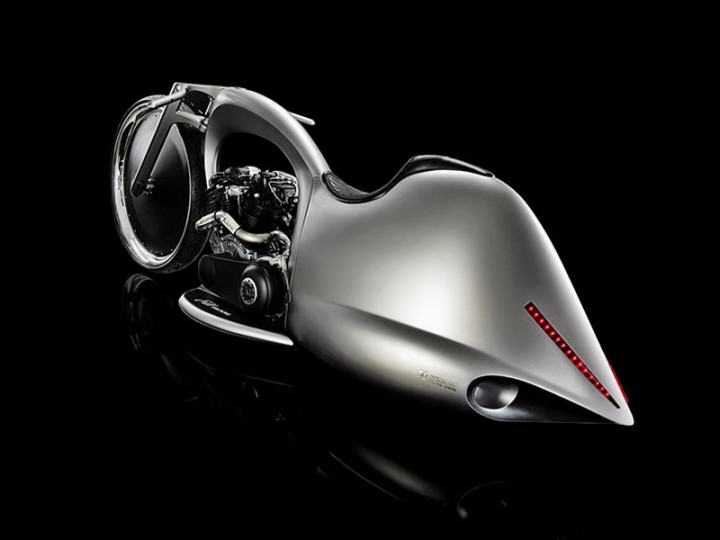 At the Bad Salzuflen Custombike Show in Germany exhaust manufacturer Akrapovič has presented the Full Moon Concept, a promotional show bike with a bodywork that integrates and extends the exhaust system.

The Akrapovič Full Moon Concept has been developed in collaboration with Slovenian Dreamachine Motorcycles – the same partnership that produced the Morsus concept in 2011. 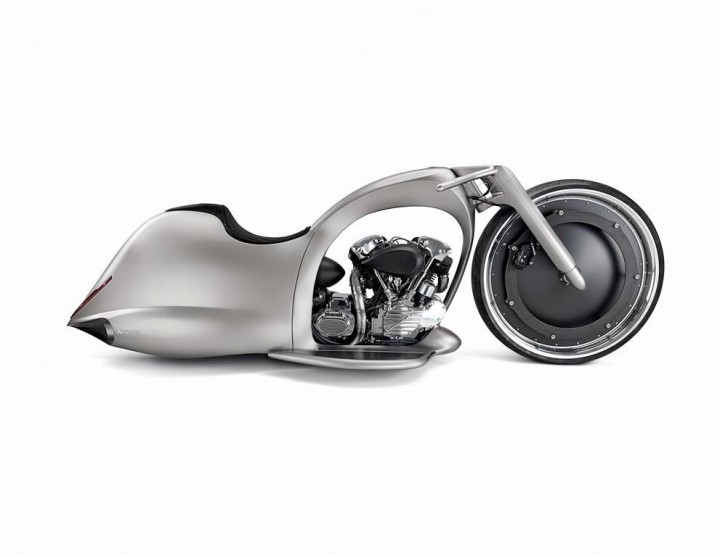 Designed to be a continuation of this concept, the Full Moon is, like its predecessor, an extravagant, promotional motorcycle. 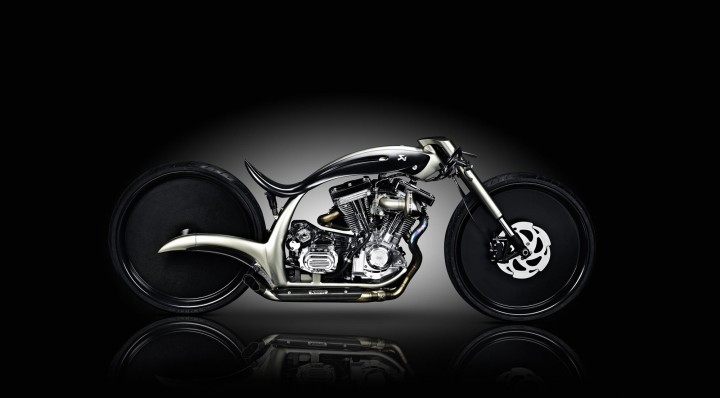 Above: the 2011 Morsus Concept Bike

The bike was developed with the goal of avoiding a specific category, and is a mix of futuristic, sleek styling cues with other elements typical of custom bikes. 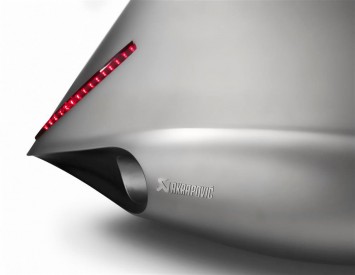 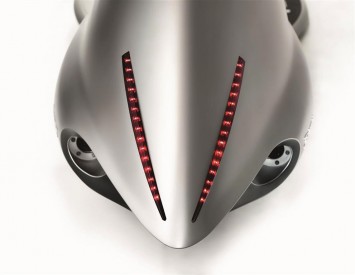 The frame and bodywork are made entirely of sheet metal and form an extension to the exhausts. The bodywork is thus part of the Akrapovič exhaust system—an integral part, in fact—and the bike itself is essentially an exhaust. 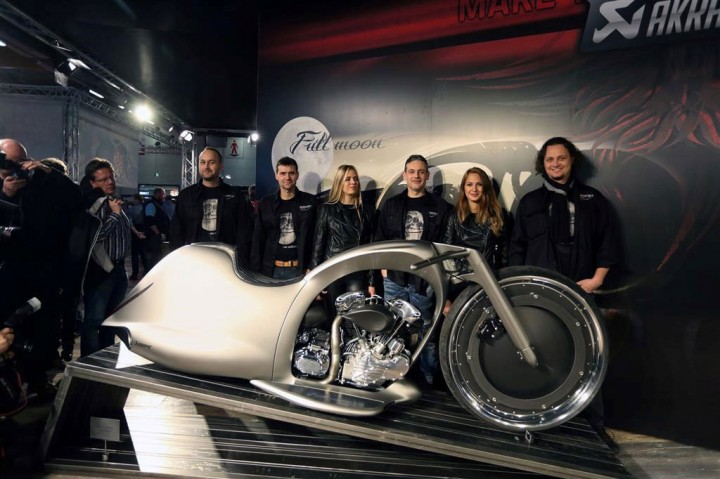 The name comes from the huge aluminum and carbon thirty-inch front wheel, which is completely visible, giving the impression of a full moon and making a huge statement of what this bike is about.

Other highlights include the thirty-inch composite wheel and the composite braking disc. 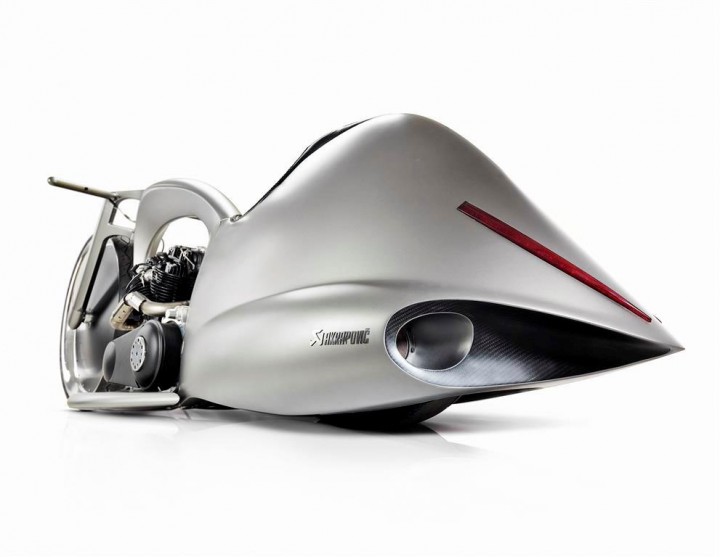 The steering is completely automated, which allows a minimalist steering rod without any visible cables that  would otherwise be required for the bike to function. The Full Moon can also stand upright when parked, courtesy of its hydraulic suspension. 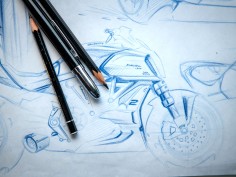 The new Ducati Diavel 1260 has been awarded the "Red Dot Design Award 2019. An official video by Ducati tells the story of its design. 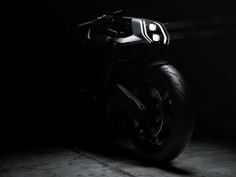 At Milan's EICMA Motorcycle Show British Arc has revealed its first model, an electric futuristic bike inspired by the classic café racers and set to be sold at £90K.