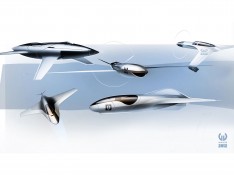 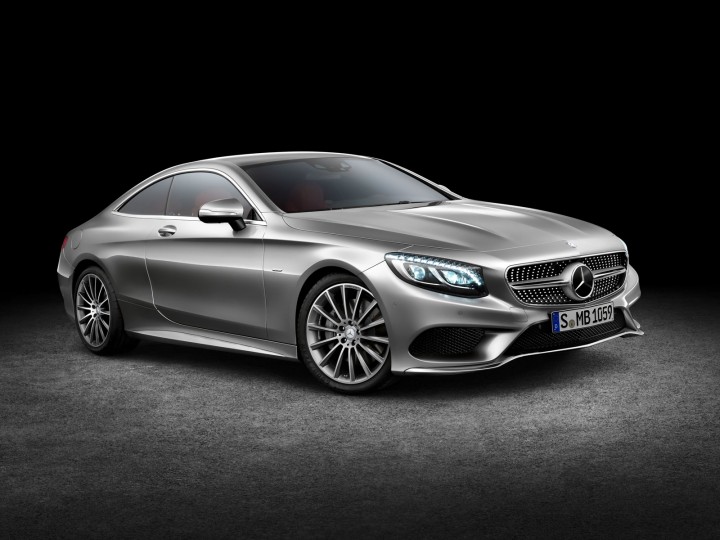 Mercedes-Benz has revealed the production verion of the new S-Class Coupé, anticipated by the Concept presented at the 2013 Frankfurt Motor Show. 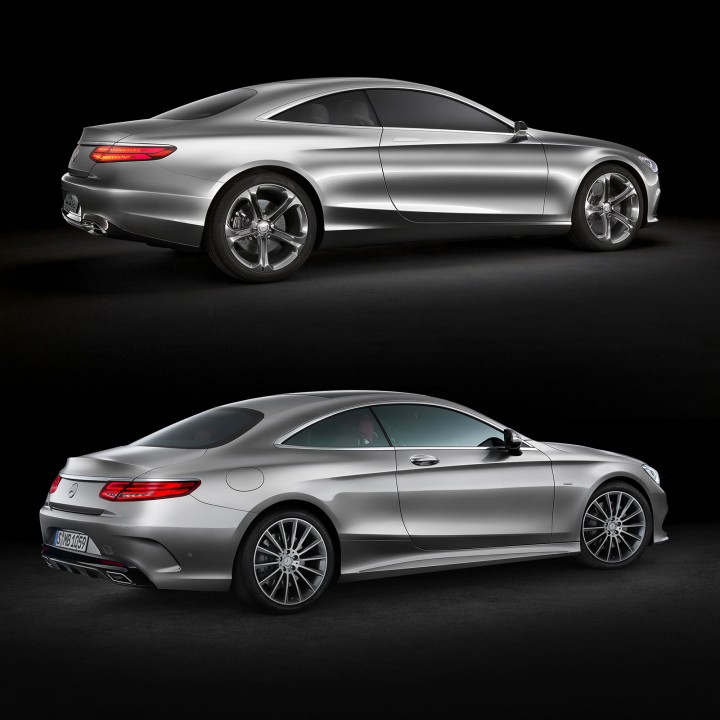 Compared to it, the production S-Class Coupé maintains the slender proportions and the same long wheelbase (2,945 mm). 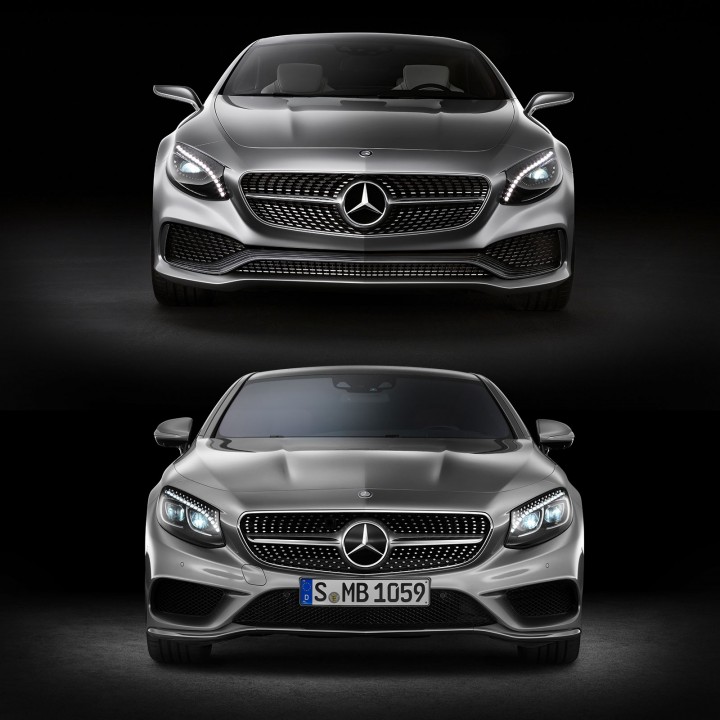 At the front, the sporty treatment maintains the brand’s aggressive grille, with the central star and the diamond-shaped pattern. Production contraints led to a less clean surface layout and the adoption of twin LED units for the headlights. 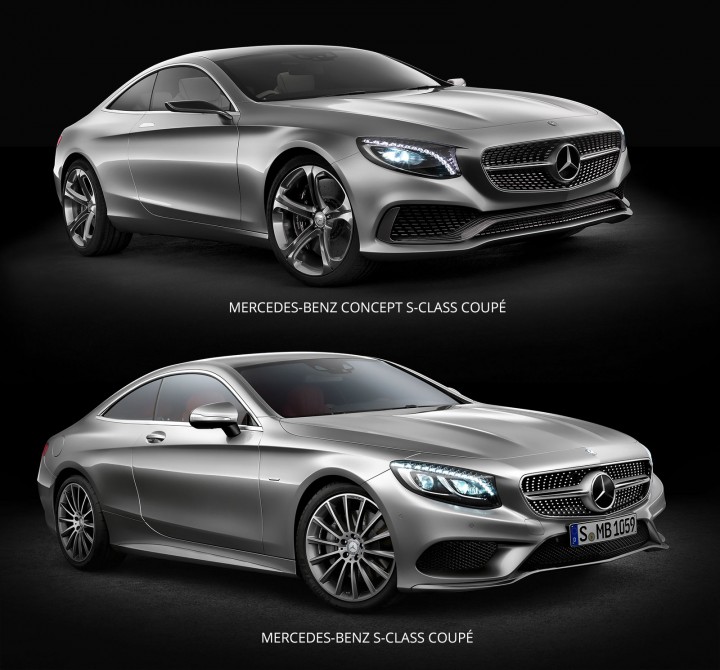 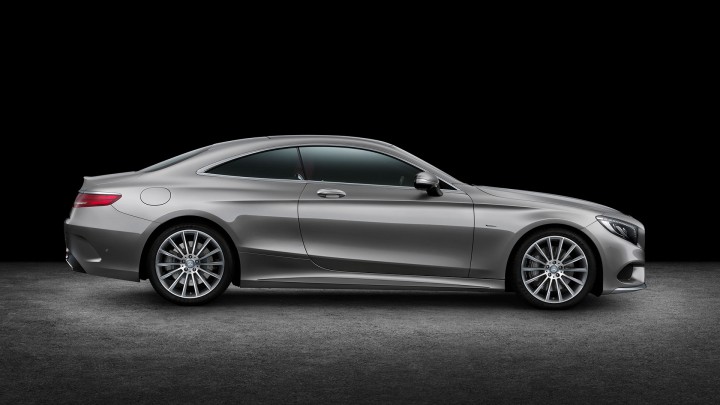 The production S-Class Coupé has lost the sleek side mirrors and the flush door handles, while the wheels are available in 18 to 20-inch diameter, compared to the large 21-inch rims of the concept. 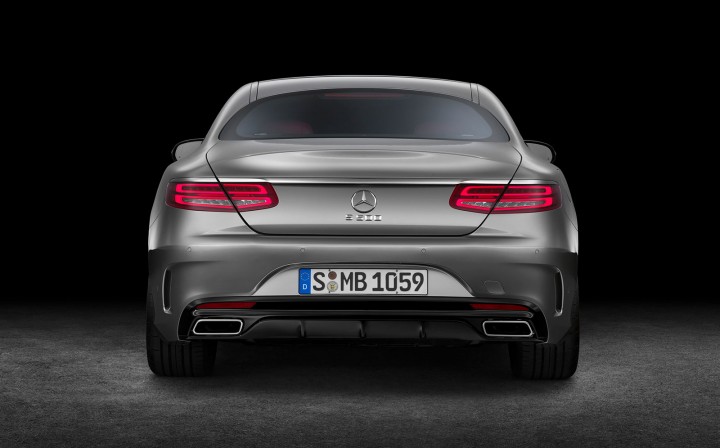 At the rear, the license plate mounting has been moved on the lower part of the bumper, which enables a sleeker design for the trunk lid. 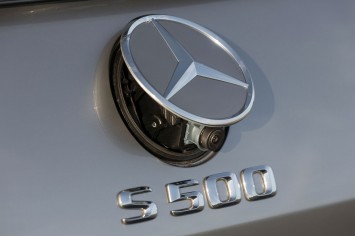 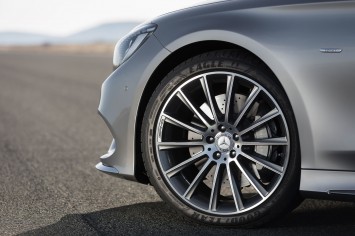 The three-pointed star is “free-standing” and can pivot outwards to locate the reversing camera and the optional 360° camera. 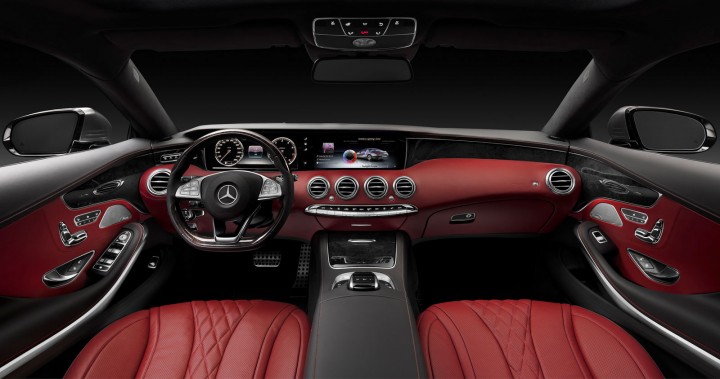 Inside, the dashboard is divided into a very clear top-layer section with an expansive “wrap-around” effect extending to the doors, and an extremely low, sculptural “floating” lower section. 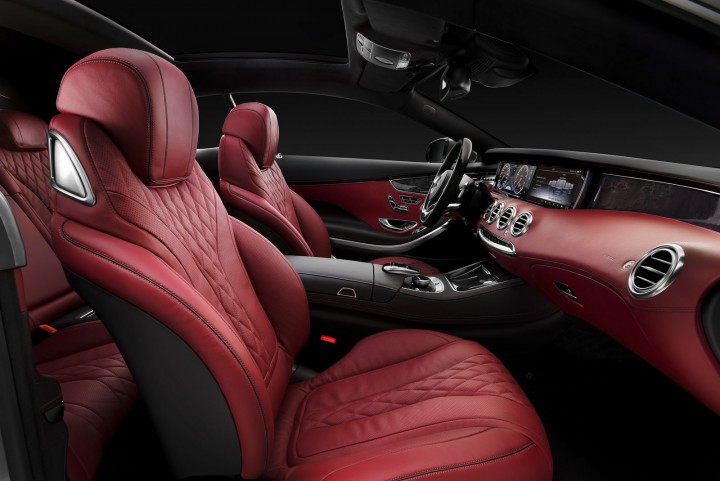 This  architecture was made possible by repositioning the airbag to a completely new low location.

This concept enables the large, two-part wide-screen format TFT display to be placed in a prominent “hovering” position in front of this trim surface. Under the display, the elevated centre console extends to the vehicle rear. 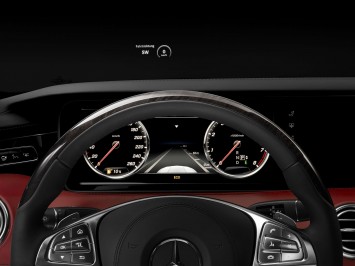 It features a specular optics system and a full-colour display module with a resolution of 480 x 240 pixels, operating with high-power LEDs and projecting a virtual image of around 21 x 7 centimeters, that appears to float around two metres away above the hood.

Among the technical highlights are the the MAGIC BODY CONTROL suspension system with curve tilting function, the head-up display, the touch pad and the headlamps, optionally equipped with 47 Swarovski crystals. 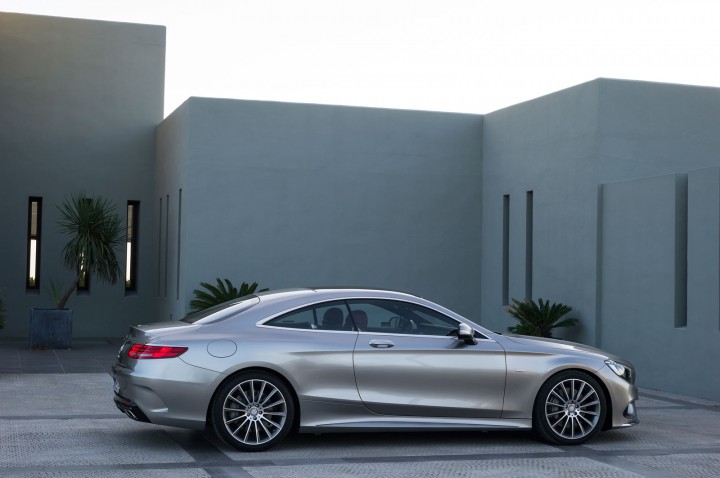 The new S-Class Coupé will have its world première at the Geneva International Motor Show (6 – 16 March 2014), with sales beginning in the the second half of 2014.

“Our new S-Class Coupé is one of the most gorgeous coupés of all times, representing the most radical aesthetic departure from its predecessor,” says Gorden Wagener, Vice President Daimler AG. “The sensuous flowing silhouette in interplay with the clear progressive design language forms a perfect symbiosis and expresses our philosophy of sensual purity with pithy precision.” 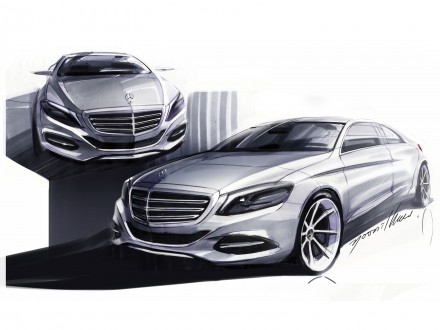 The 2014 Mercedes-Benz S-Class model (codenamed W222) features many technological innovations and a dynamic design influenced by the new CLS, E-class and CLA. 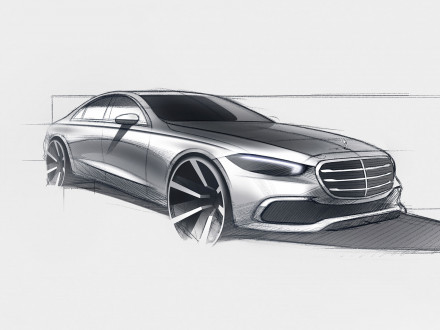