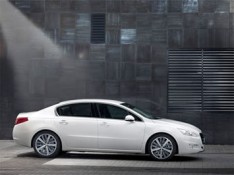 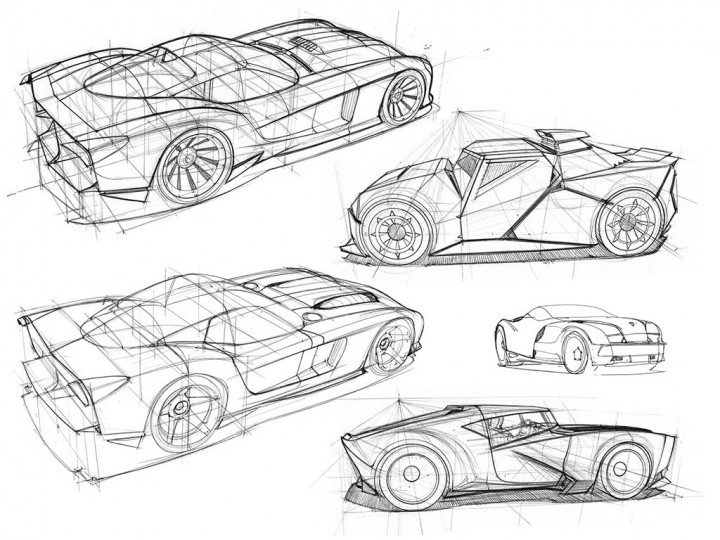 The contest is organized by the popular CarDesign Facebook page, run by Shaun Hutchinson, Transport Design Lecturer at Coventry University.

Divided into a total of eight weekly challenges – four launched before the past holiday season and four yet to be announced – the contest focuses on basic drawing skills, with themes ranging from side-view drawings and one- and two-point perspective studies. 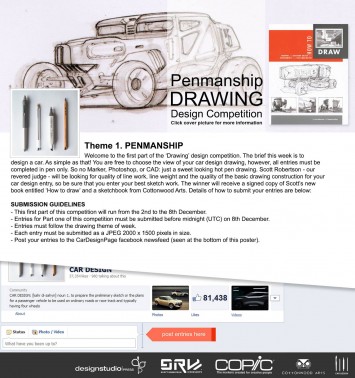 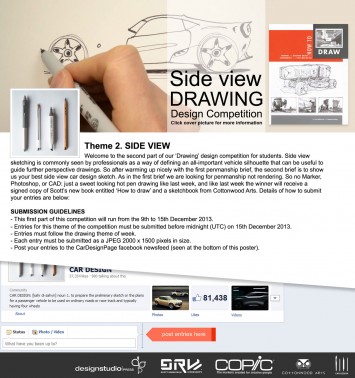 The themes are announced on the Facebook page cover picture.

For each challenge a winner will be selected by concept designer and design educator Scott Robertson. Each winner will receive a signed copy of his new book “How to draw” and a sketchbook from Cottonwood Arts. 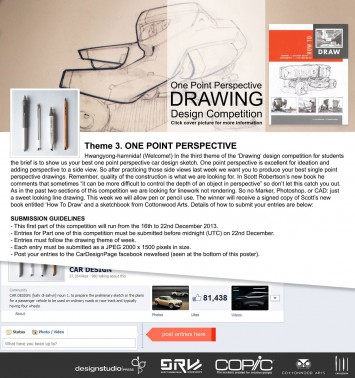 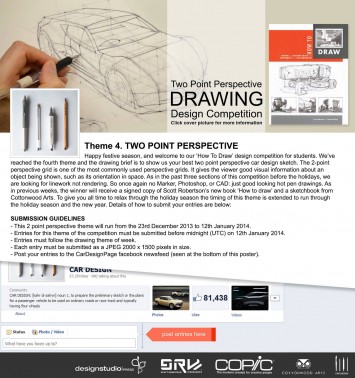 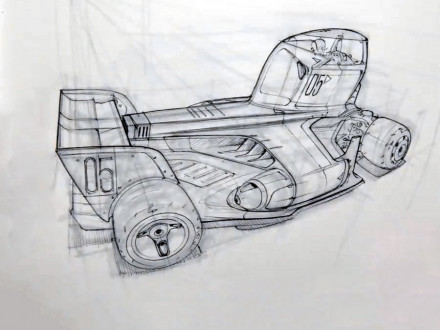 Sharpen your pen: Inktober 2017 has started!

The initiative started by Jake Parker in 2009 has now become a global phenomenon involving a multitude of artists and designers of all levels. So, are you ready to get in? 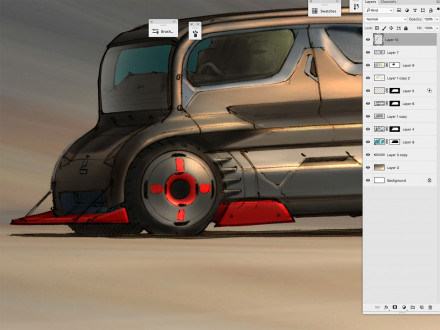 Scott Robertson is back with a new Photoshop rendering video demo. The layered PSD file is available on his Gumroad page. 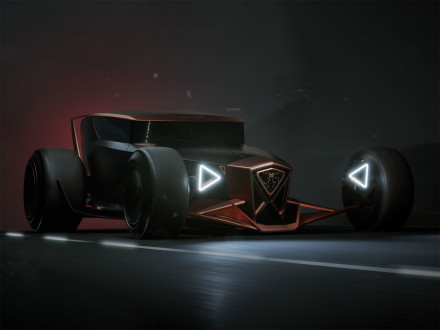