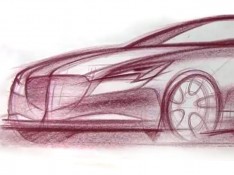 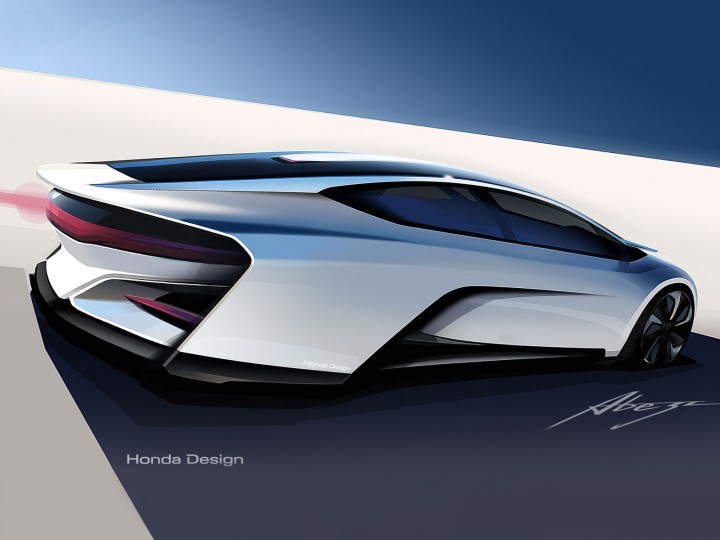 At the 2013 Los Angeles Auto Show Honda has revealed the FCEV Concept, a futuristic show car with a compact fuel cell powertrain that previews the technology of a future production vehicle for 2015.

The FCEV Concept features a sleek, futuristic design, which is very much in line with the car’s advanced technology. 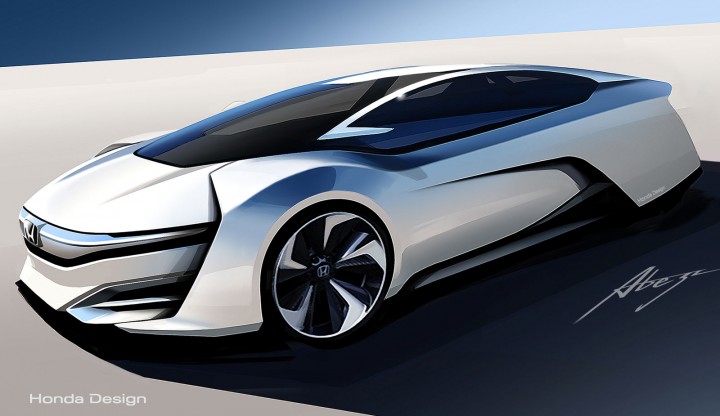 The ultra-aerodynamic body features an arched contour that combines the short hood and the roofline into a single sweeping curve. 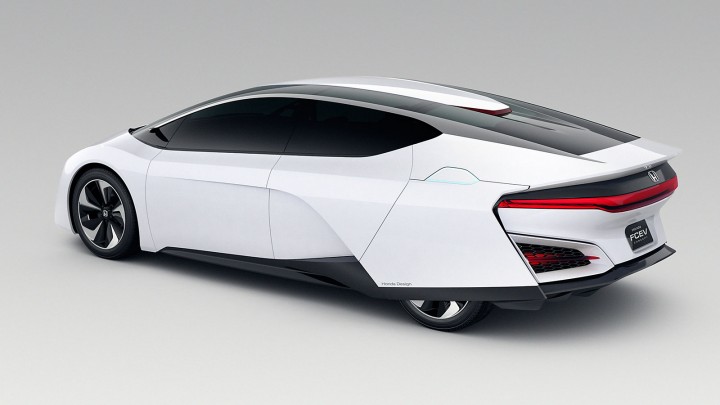 The most distinctive elements are the air openings at the front, that extend up to the base of the windshield, and the rear wheel covers, that are visually cut by a line that extends the rear spoiler contour. 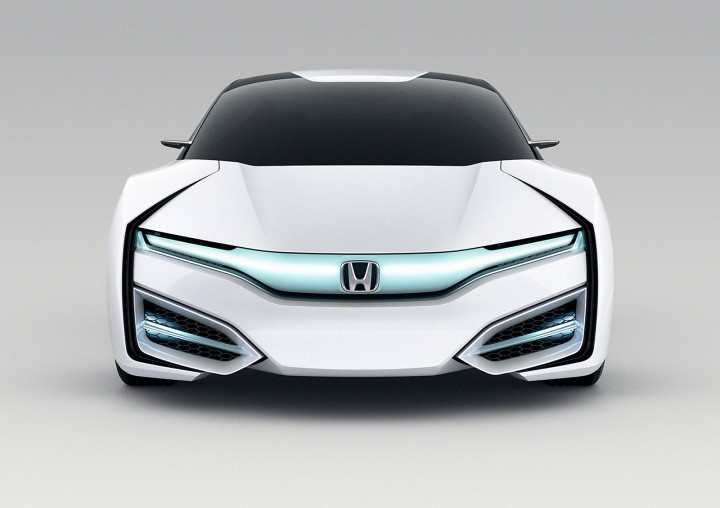 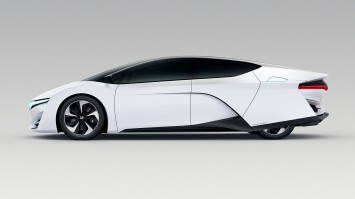 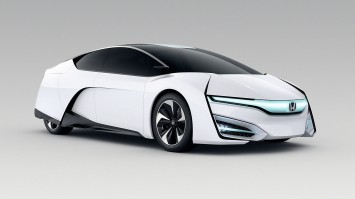 The aerodynamic efficiency is underlined by details such as the minimal shut-lines and flush surfaces. 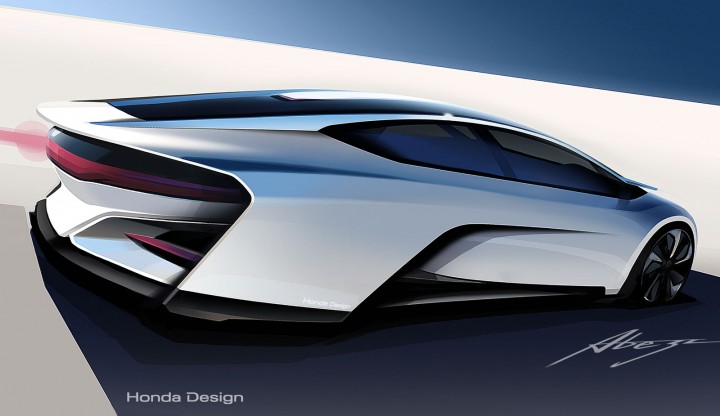 The five-seater interior was not revealed, as the show car was presented as a solid style model. 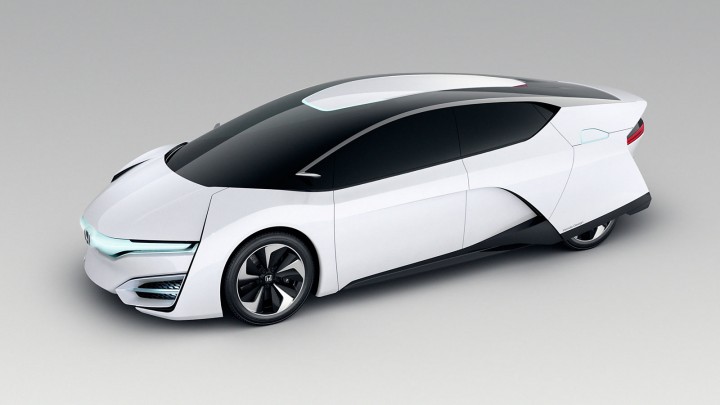 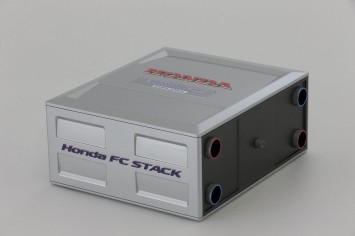 The fuel cell powertrain has an output of more than 100kW, with a power density of 3kW/L, an increase of 60 percent, with the stack size reduced 33-percent compared to the FCX Clarity.

As Honda reports, “the concept expresses a potential styling direction for Honda’s next-generation fuel-cell vehicle anticipated to launch in the U.S. and Japan in 2015, followed by Europe.”

This production model will feature the world’s first application of a fuel-cell powertrain packaged completely in the engine compartment.

The car will deliver a driving range of more than 300 miles with a quick refueling time of about three minutes at a pressure of 70 MPa. 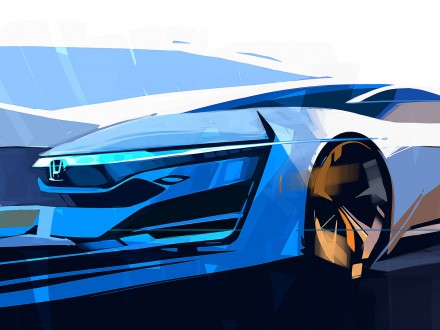 Honda has released a design sketch that previews the FCEV Concept, a show car that gives indication on the possible design direction for the future fuel cell electric models.