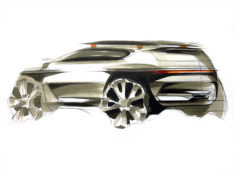 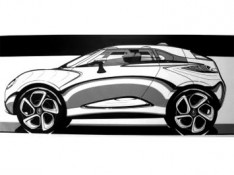 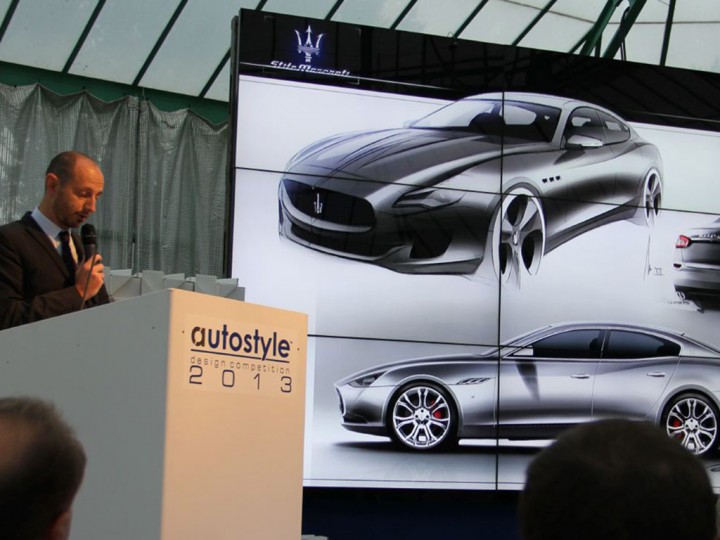 Effectively a three-part gathering comprising of a student competition, a car show and a design conference, Autostyle also hosted a digital design competition through partner Wacom, which projected virtual sketches onto vehicles parked on the lawn. 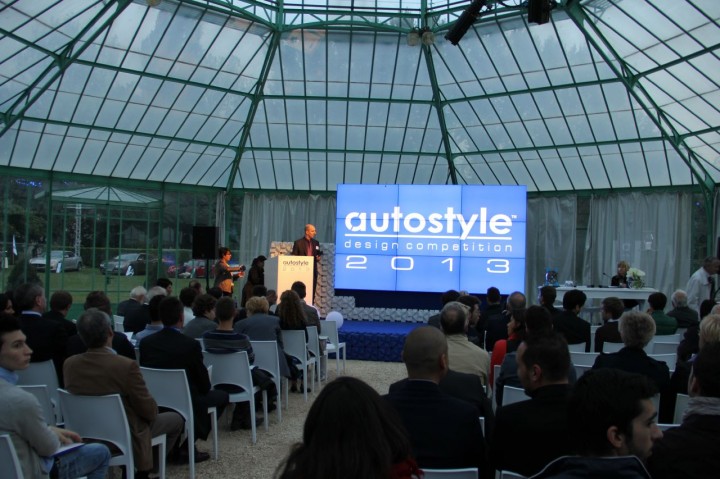 Speakers from Fiat’s Maserati and Alfa Romeo brands were joined by presentations from Volvo, Ferrari and design consultancy StudioTorino. More than 100 delegates turned up for the event. 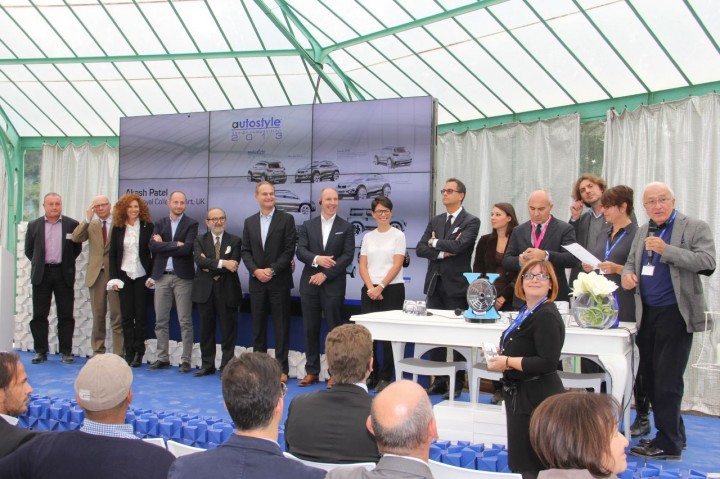 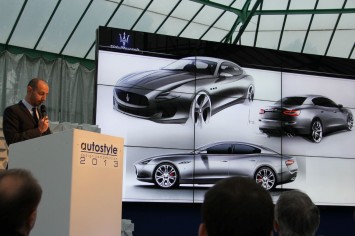 Maserati exterior design manager Giovanni Ribota kicked off the two-day conference with a presentation on the Quattroporte and Ghibli models, giving attendees a look into the process behind the creation of the two recent models from the Trident brand.

He spoke of the characteristic Italian aesthetic communicated through the exterior design of the cars and the team’s desire to retain simplicity in their interior design while recalling the marque’s history through the 250F F1 car raced by Juan Miguel Fangio in 1967.

Volvo interior design director Robin Page was next on stage. While still on the subject of luxury, he spoke of what ‘premium’ meant to him and explained how the Concept Coupe concept exemplified the term. 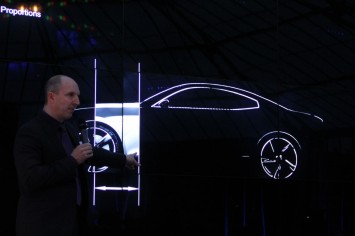 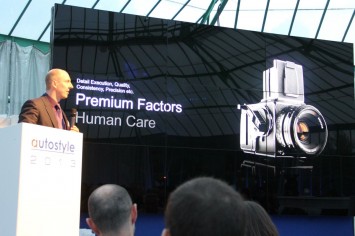 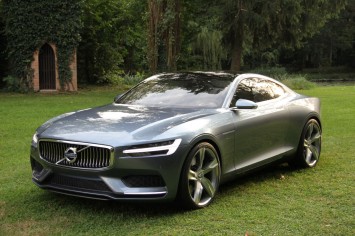 “As designers it is important we understand the philosophy behind a product before ever putting pen to paper,” Page said as he spoke about the Scandinavian design ethos and highlighted three main aspects – authority, creativity and activity – to show how the region’s culture, architecture and lifestyle provided the inspiration for the design.

Fortunately the concept adorned the lawns on the 19th Century Villa di Bagno, where Autostyle attendees had occasion to appreciate the sheer beauty of the car under natural light.

Alfredo and Maria Paola Stola’s presentation revolved around a project their company created for Mercedes-Benz. StudioTorino has had a relationship with the German carmaker since 1994. 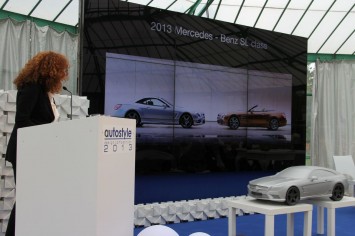 Following a meeting at the 2012 Detroit show, when Alfredo Stola met with Head of Mercedes Advanced Design Stefan Kohl, a plan was hatched to devise an exclusive coupe based on the SL platform.

Six design students from Italy’s Istituto d’Arte Applicata e Design (IAAD) created proposals for what would be called the CoupeTorino.

Working closely with StudioTorino and the Mercedes-Benz Advanced Design Center in Como, the proposals were presented to Kohl at the 2012 Paris motor show and the final model was created in quarter scale.

Maria Paola spoke about how welcome the designers at the Mercedes studio made her and the students feel, highlighting what would become a resounding theme throughout the conference – the human aspect of design. 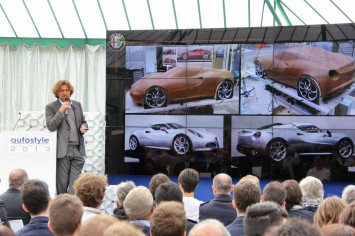 Alessandro Maccolini later picked up the theme when speaking about the design development of the Alfa Romeo 4C.

“Nothing is in ‘style’, it is all functional,” Maccolini said in defining the 4C’s design. He described the process through a series of slides of sketches and models, which culminated in a very cool short film announcing Alfa’s return to the US market.

Though the dynamic and technical elements were the foremost priority in the 4C’s design, Maccolini said the team also sought inspiration through the history of the Alfa Romeo brand, taking delegates through the iconic 33 Stradale designed by Franco Scaglione in 1967. “It was a beautiful inspiration for the project,” he said. “And it is still relevant today.”

Maccolini also cited the importance of touching the 4C in clay form and refining its design by hand.  “When possible we always do a model in clay,” he said. “If Filippo Perini were here today we would have had another lengthy discussion about this.” 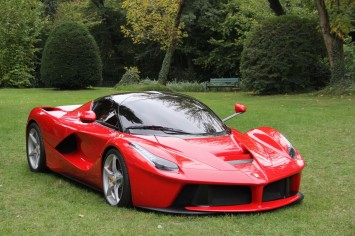 Flavio Manzoni’s presentation on LaFerrari was the proverbial icing on the cake. As the last one of the day, Manzoni drove the human aspect home by presenting several members of the team responsible for the creation of the Enzo successor.

His presentation focused on the technical requirements of LaFerrari and its packaging, lightweight elements and aerodynamic attributes, all of which are of utmost importance when designing a hypercar capable of a top speed in excess of 350km/h. 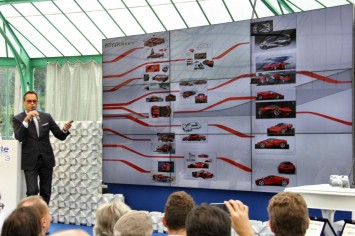 While birds and wings inspired the LaFerrari’s ‘tensostruttura’ form language — the treatment of the bodyside harnessed lessons learned from F1.

And though its design is geared towards maximum performance, Manzoni still maintains that clay is the best method in which to work.

“It is very important for the sensual form,” he said.

In conclusion, before giving advice to the students, Manzoni pointed out an image on his last slide and said: “These sketches are by Marc Poulain [a previous Autostyle winner who joined Ferrari in 2010]. He has developed into a very good element of our team.”

He then cited a quote from industrial designer Achille Castiglioni, whom he himself met as a student: “A designer is not an artist. You must forget about working on your own. Good design is the result of teamwork. A whole career cannot fully explain what this means…”

We’re already looking forward to the next Autostyle event.

Eric Gallina is Editor-in-Chief of Form Trends, a new publication dedicated to vehicle design and the people behind the products. It is launching today. (Oct 14) www.formtrends.com 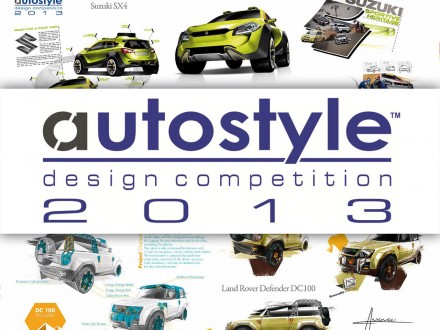 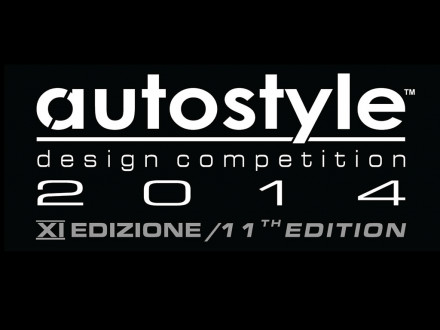 Berman has announced the 11th edition of Autosytle Design Competition, which will take place in Palazzo Te - Mantua on October 9-10 2014. It will feature an axhibition, a contest and a series of design workshops.