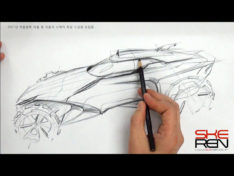 Salon Privé and RCA announce ‘Concours of the Future’ winners 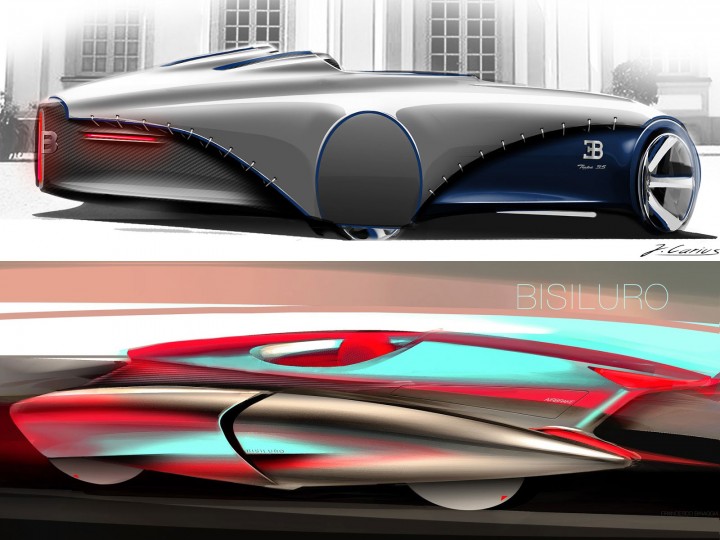 Salon Privé and the Royal College of Arts have announced the results of the ‘Concours of the Future’ design competition. The first three winners are Francesco Binaggia, Jiyeong Park and Jannis Carius.

The ‘Concours of the Future’ design exhibition featured a selection of eleven among forty projects created by post graduates from the RCA’s Vehicle Design programme, who were tasked to revisit some historic Concours-winning cars and re-design these icons “for the modern world, and beyond.” 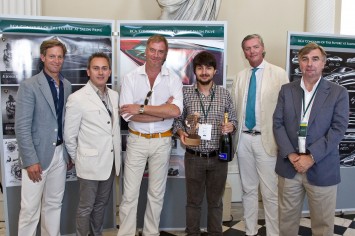 The overall winner was invited to Milan for a behind-the-scenes tour and design master-class with Andrea Zagato at the Zagato Design Studio.

The exhibition and prize-giving ceremony was hosted by Peter Horbury, Geely Vice President of Design.

Inspired by the Bisiluro (‘twin torpedo’ in Italian) designed by architect Carlo Mollino that ran at Le Mans in 1955, the concept by Francesco Binaggia has a bifuselage package engine and pilot on two distinct torpedoes, that generates an asymmetrical shape. 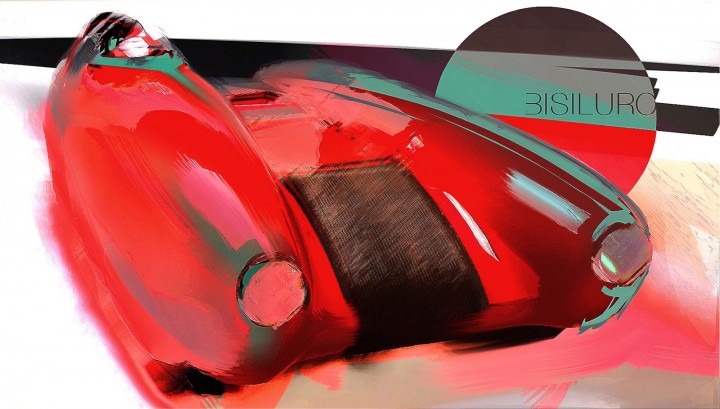 A distinctive airbrake, from aeronautical inspiration, is placed on the top of the body.

Francesco explains “with my proposal I try to re-propose its pioneering essence and its avant-garde spirit, contextualizing it in a hypothetical race in 2055, exactly 100 years after its debut at Le Mans.”

“The representational style of the drawings are characterized by strong tones and saturated colors, in tribute to race historic posters of 50s, but reinterpreted with a modern touch and an artistic stroke.”

Vera chose to redesign the 1967 Ferrari 330 P4, one of the most beautiful formative cars in the world.

In 2006 the P4 was successfully redesigned by Pininfarina for the Pebble Beach Concours d’Elégance, so she imagined a 3rd version of the Ferrari 330 P4 will be made 39 years after the 2006 car, debuting at the ‘2045 Salon Privé’ in London. 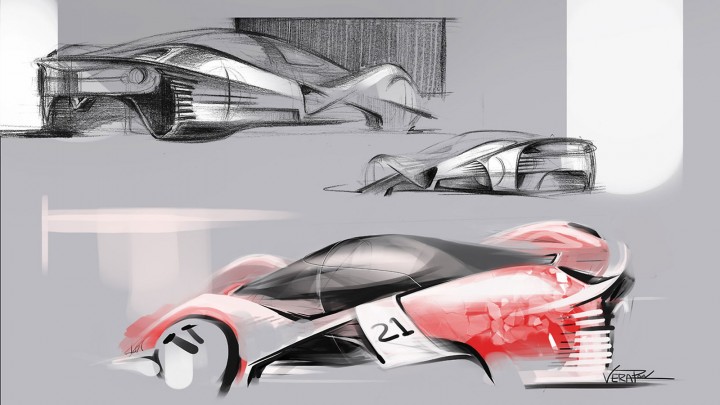 The designer thought that in 2045 a trend will arise that people will want to feel directly the essence of everything due to too much development of scientific technology and the lack of expression through minimalism. 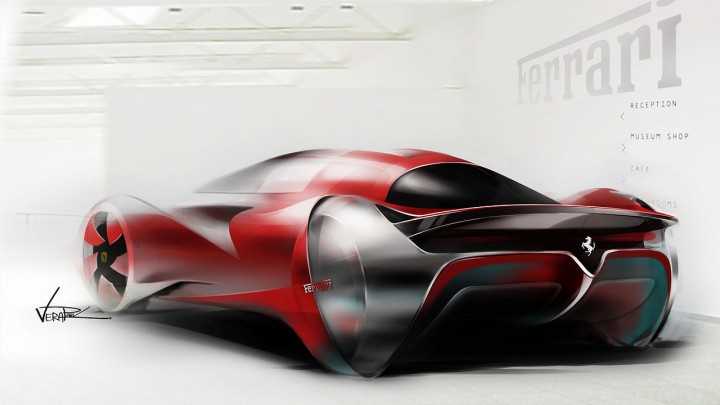 Therefore, Ferrari P2045’s main concept is ‘Maximise the Quiddity’. The philosophical word ‘Quiddity’ means the ‘essence of an object.’ 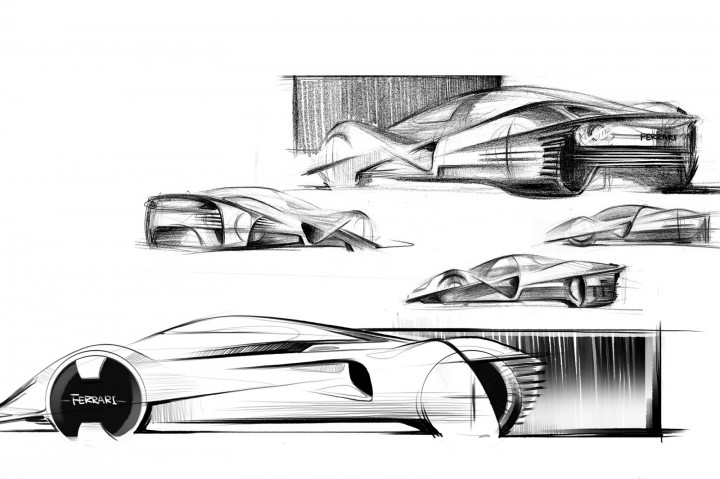 In order to move this concept into a car, she wanted to express the essence of power by design, so she designed exposed circuits which can visualise the energy flow. It is an expression of performance and a striking design element at the same time. She also expressed this concept by the use of natural feeling textures. 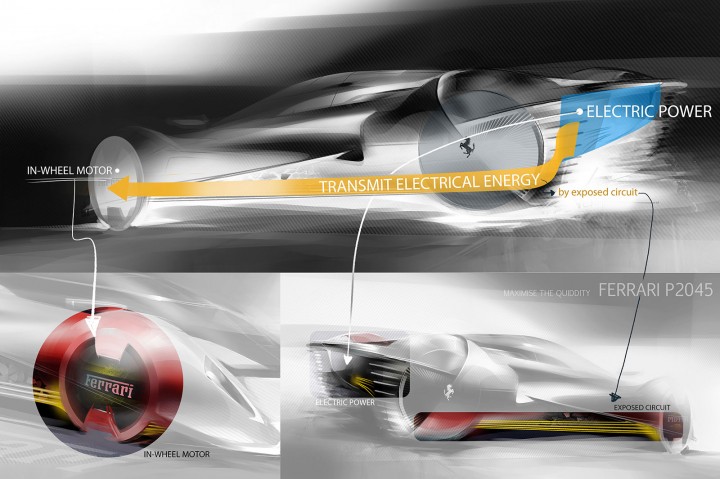 In terms of redesigning Ferrari 330 P4, she tried to make a strong character line from the front fin to the rear fin, because she thought the most interesting design element of the original Ferrari 330 P4 is the fins.

It not only plays a role in creating down-force, it makes a unique and distinctive character line. Therefore, she emphasized the sharply angled character lines of these fins, and expressed the depth which can be felt from the Ferrari 330 P4.

The concept by Jannis Carius reinterprets the legendary 1924 Bugatty Type 35, and features removable shell panels that allow to transform the vehicle from a pure racing car to a refined GT.

Jannis explains “In my Bugatti concept […] I wanted to combine the pure sportiness of the old Type 35 with the luxury aesthetic of Bugatti today and tomorrow.” 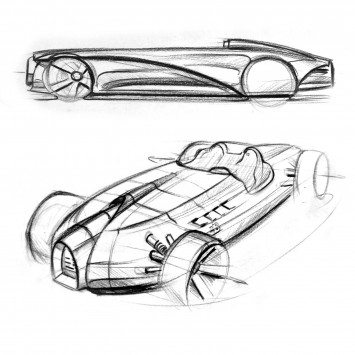 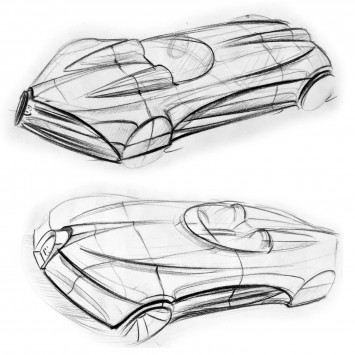 The idea is that you can drive your new Bugatti Type 35 Concept on a normal street and enjoy the luxury aesthetic.

But you can also drive it to a race track, remove the shells and go on track with a pure carbon-fibre lightweight racing machine.

Without the shells the luxury appearance of the exterior design is transformed into a simple and pure shape, reminding on the simple design of the old Type 35. 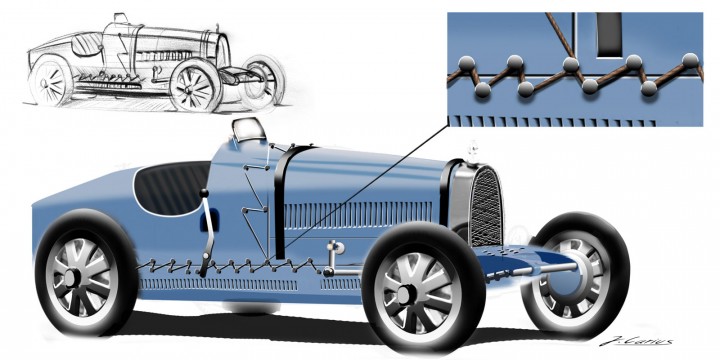 With all the shells on, you can still see in the back the carbon-fibre of the pure race car underneath and the distinctive peaky shape of the rear, which is also inspired by the old car.

“Construed by the old car, I used strings to hold the different parts of the car together. The strings in combination with a clip mechanism, make it very easy and fast to remove the shells if you want to go on track.”

Hosting the exhibition and prize-giving ceremony, Peter Horbury, Vice President, Design – Geely, said: “This is a fantastic opportunity for design students from the RCA to showcase their work to the automotive world. Many of the world’s leading manufacturers and designers are here at Salon Privé, and these leaders of our industry are ultimately potential future employers of the brilliantly talented students showing us their work today.”

“The work we’ve seen is both exceptional and brave, and I can imagine these designs featuring on the lawns here for real in future years.” 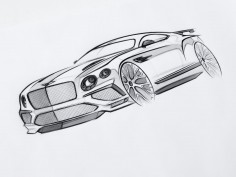 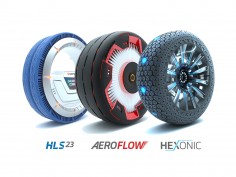 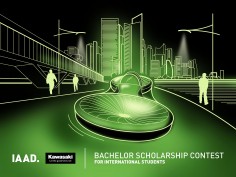