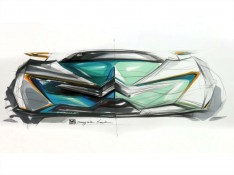 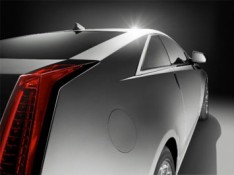 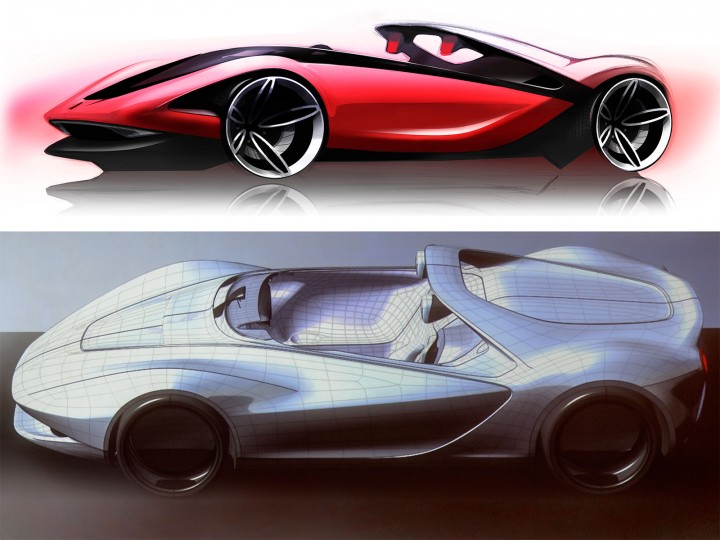 An exclusive presentation of the design process and technologies behind the Sergio Concept, the show car dedicated to Sergio Pininfarina developed in just six months using the 3DExperience software platform by Dassault Systèmes.

On May 23, 2013 Pininfarina and Dassault Systèmes held a presentation of the Sergio Concept and its design process.

We had the opportunity not only to hear the story behind the show car presented at the last Geneva Show, but also to visit the company’s Museum and watch a live demonstration of the digital technologies used during the development of the concept.

Soon after long-time president Sergio Pininfarina passed away on July 2, Pininfarina’s management decided to pay him a tribute by creating an exclusive automobile that would incorporate the design studio’s trademark values in their purest form. 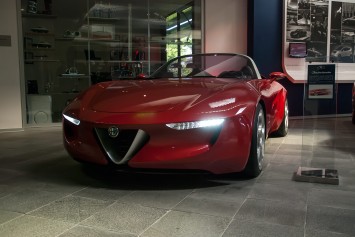 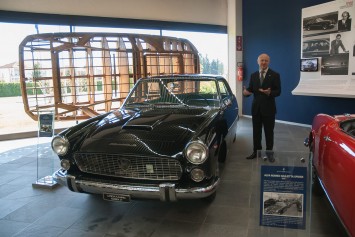 Above: the Duettottanta Concept (2010) and the 1957 Florida II owned by Battista Pininfarina, presented by Fabio Filippini

When the project started in September 2012, it was evident that this new concept had to be ready by early March for the Geneva Motor Show, which is traditionally the most important event for European car design studios. 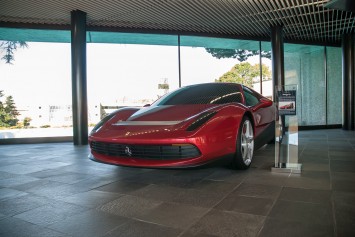 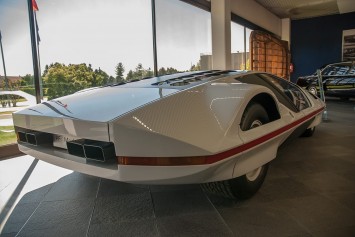 Above: a static model of the Ferrari SP12 EC and the 1970 Modulo

This resulted in a very tough challenge: the show car, to be named after Sergio himself, had to be fully developed in just six months – an even tougher task given the symbolic value of the project.

To be true to Pininfarina’s long standing values, the design studio decided to built a two-seater barchetta, which as Pininfarina design director Fabio Filippini explains “is the extreme archetype of sportscars.”

Another important element was the possibility to create a car in partnership with Ferrari, a prestigious name that has been associated with Pininfarina for decades.

Once Ferrari President Luca di Montezemolo had given his full support to the project, the design brief was further developed.

Since from the very beginning the Sergio Concept was conceived as a feasible sportscar that could be easily be produced in a limited series, rather than an experimental, extreme show-car.

The technical basis was provided by the Ferrari 458 Spider platform, used for both the frame and the complete chassis/powertrain. 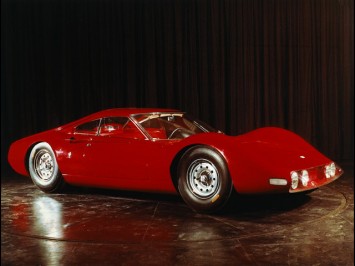 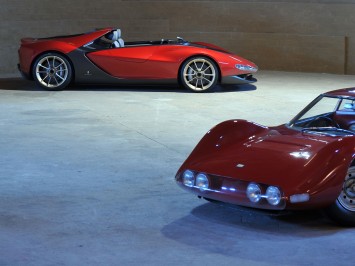 The main design inspiration came from the Ferrari cars of the 60’s and the 70’s, and in particular from the 1965 Ferrari Dino Berlinetta, the first car fully designed by Sergio Pininfarina and the first Ferrari powered by a rear-mounted engine.

At the end of the first 2D conceptual phase, during which several design directions were explored through traditional drawings, a particular sketch was selected (above picture) as a starting point for the development of the car.

The most distinctive element in the design process of the Sergio is the adoption of new 3D concept modeling techniques, provided by technical partner Dassault Systèmes through the 3DExperience integrated platform.

In the first design stages, when the 2D sketches are being transferred to 3D, the platform offers a one-of-its-kind 3D sketching system, called CATIA Natural Sketch, which allows to easily draw curves like inside a digital sketching program, but in three dimensions, and to transform them into editable curves that can be used as references in the modeling process.

Traditionally, automotive design studios adopt NURBS-based 3D modelers, which allow a complete control over the mathematical representation of the geometry and the resulting surface quality, which is necessary for the subsequent manufacturing requirements.

However, in the first conceptual design phase the benefits of this level of precision are largely diminished by the drawbacks in terms of development times.

This fact has recently brought several car companies to explore different 3D modeling techniques, and in particular the polygonal modelers, traditionally employed in entertainment industries like movies and videogames.

Using these tools – in a way less “accurate”, but much faster and flexible in terms of creative freedom – the car body surfaces are represented by a single mesh of polygons rather than by a layout of NURBS patches joined together.

Thanks to efficient smoothing algorithms – mainly based on the Catmull-Clark subdivision surfaces (SDS) method – the polygonal meshes are internally transformed into smooth, curvature continuous geometries, with a quality which is largely sufficient for the first concept design stage.

Above: an example of car fender modeled using NURBS surfaces joined together (left), and by a polygonal mesh (center). Right: the smoothed surface obtained by subdividing the base mesh. (Source: Car Body Design)

The CATIA Imagine and Shape module is based on the SDS and allows designers to change the shapes by simply pushing and pulling vertices, edges and polygons, working directly on the smoothed, subdivided geometry, which is a way of working very close to physical clay modeling.

Additionally – and this is a very distinctive feature – the SDS geometry is completely integrated with the other modeling modules, allowing to perform al the conventional operations – such as trims, booleans, etc. – and to integrate solid- and parametric-based geometric features.

In the specific case of the Sergio Concept this integration has allowed designers to explore, review, modify and validate the design in a very short timeline

This integration overcomes the limits of the traditional polygonal modeling techniques  – which we will cover in an upcoming series of technical articles – by allowing to use the “right tool for the right job”.

It also enables to fully integrate the concept modeling process within the whole engineering development workflow. 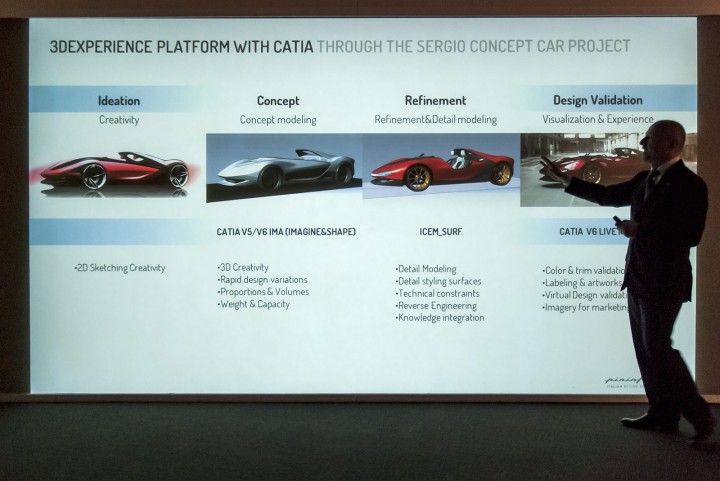 When working on the 3D model, designers can use subdivided surfaces, along with solid modeling techniques (for fillets, trims etc.), feature-based parametric modeling and traditional explicit surface modeling – all in real-time and in a non-destructive way.

For example, a surface created with SDS meshes can be trimmed with a cut-line modeled using NURBS curve and can integrate fillets or other features modeled using solid/parametric operations – all this while maintaining the possibility of adjusting each single element in a non-destructive way.

This extensive integration of tools allows to explore a very high number of design possibilities as well as variations of a single design theme, maximizing the output of the early creative exploration phase.

At the same time the integrated advanced visualization tools allow designers and managers with a well-trained eye to review a design variation on-screen without the need for building physical models: this is a key element for cutting the development times.

Another benefit of the integrated platform was the direct connection between designers and engineers, who were able to easily communicate along the entire design process thanks to the centralized data storage and tools such as screen sharing and remote control. 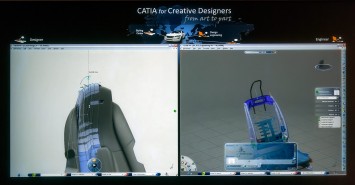 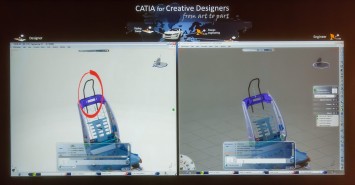 From the concept to the final prototype

Once the conceptual modeling phase was completed, the car was re-modeled using Icem Surf for achieving the final high quality surfaces. 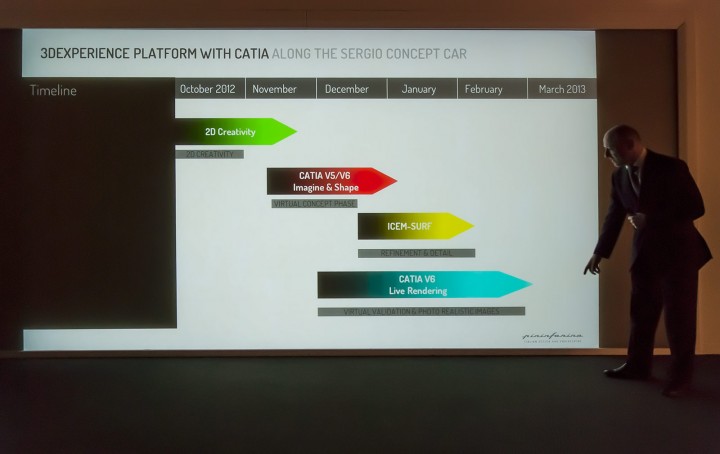 The resulting CAD data were used to mill a full-scale physical model that was used to review and fine-tune the design. 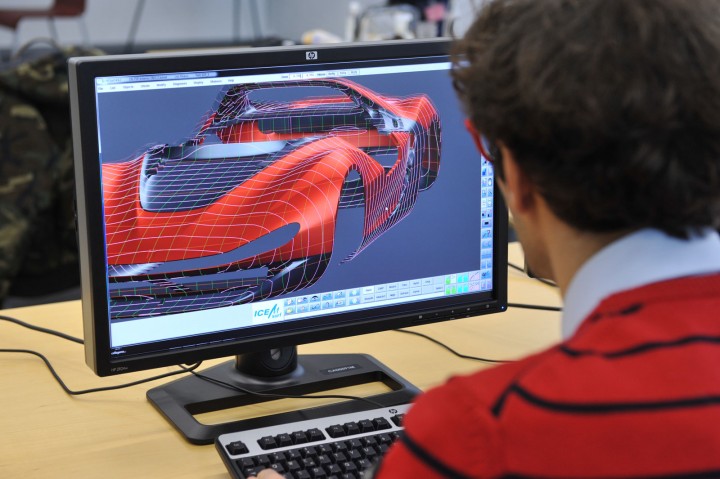 After these minor modifications were completed inside the 3D surfacing modeler, the final tooling was signed off and in December 2012 the work switched to the actual prototype, which was completed in time for its official debut at the 2013 Geneva Motor Show. 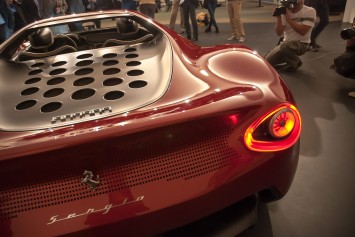 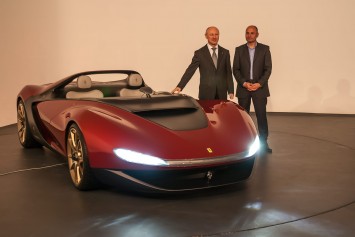 Dassault Systèmes’ 3DEXPERIENCE Platform is an integrated design environment that allows to fully develop products from sketch to the final prototype, and provides designers, engineers and marketing managers a common platform for easily communicate and sharing information. 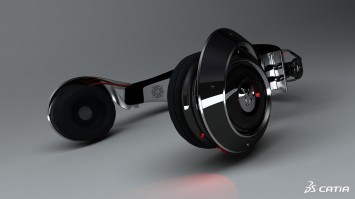 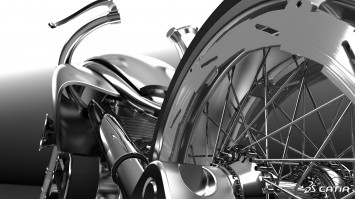 For more information you can visit: www.3ds.com/3dexperience. 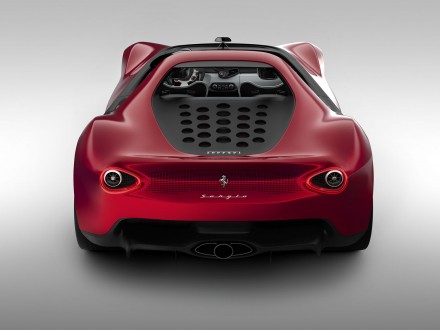 Presented at the 2013 Geneva Motor Show, the Sergio Concept is a tribute to the design studio long-time President Sergio Pininfarina. 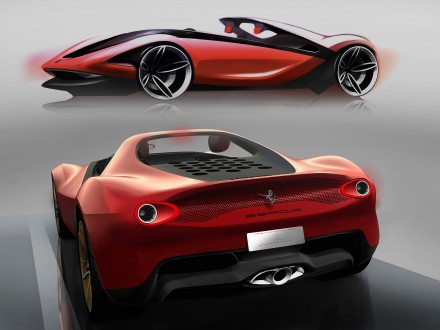 A set of images and videos that document the design process and the digital technology behind the Sergio Concept, the show car presented by Pininfarina at the Geneva Show.