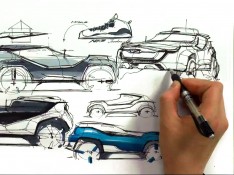 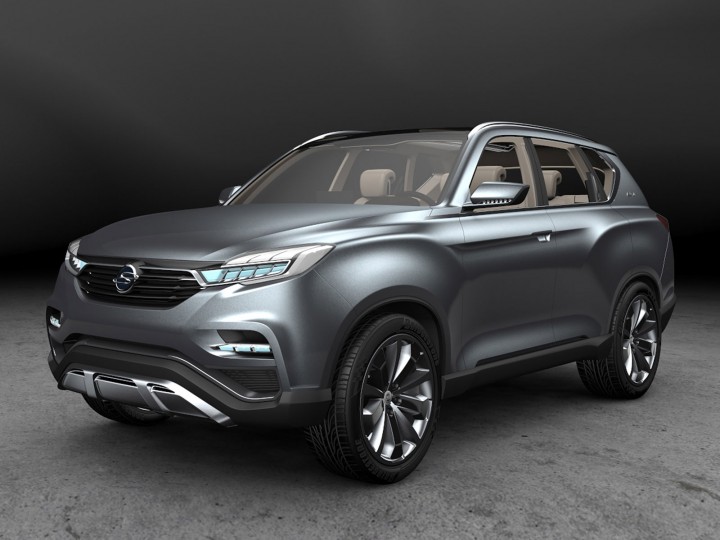 SsangYong has unveiled the first renderings that preview the LIV-1 (Limitless Interface Vehicle), a large SUV that will make its debut at the at Seoul Motor Show in South Korea. 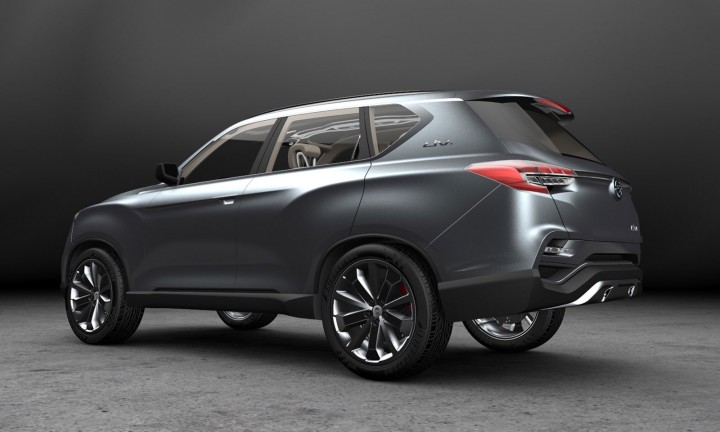 The exterior aims at expressing a sense of robustness, and adopts the design language introduced with the SIV-1 Concept, with a front end built around the upright hexagonal grille and a sculpted profile with sharp lines and a combination of concave and convex surfaces. 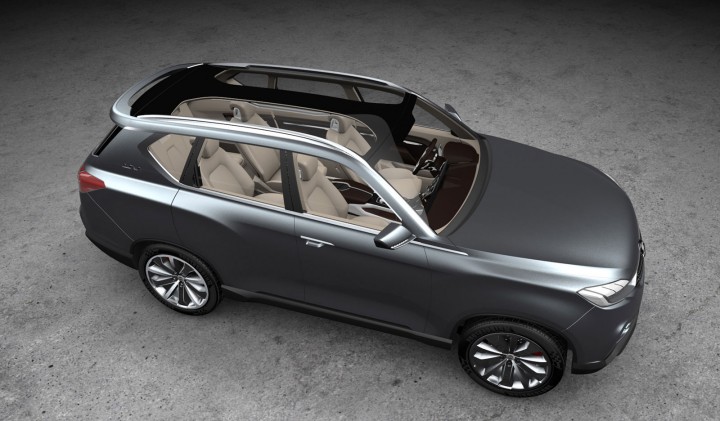 On the LIV-1, the creased contour of the rear shoulder is also applied on the front fender, which combined with the large bumpers underlines the robust nature of the car. 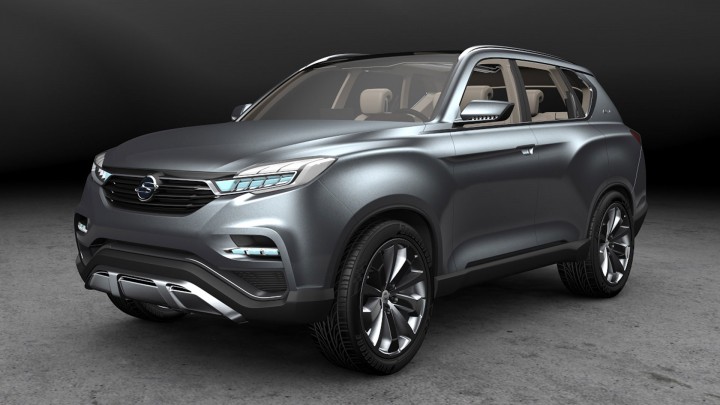 The strong is combined with a large glazed area, with slim A and B pillars and a pair of fixed windows on the roof that provide light to the three rows of seats inside the cabin.

An automated sidestep is also included for safety and convenience.

The interior is inspired by the idea of a lounge and features high gloss piano black trims and contrasting aluminum elements.

The infotainment system is based on the 3S-Cube, the core of SsangYong’s future technology.

It features five displays, including a 10-inch touch-screen in the center panel and a 7-inch monitor in the headrest.

Waiting for the official debut, below we report the details on the onboard technology, from the carmaker’s press release.

This combines the elements of Smart Link, Safe Way and Special Sense to allow the vehicle to be remote-controlled using a smart device and to provide entertainment both within and from outside the vehicle. 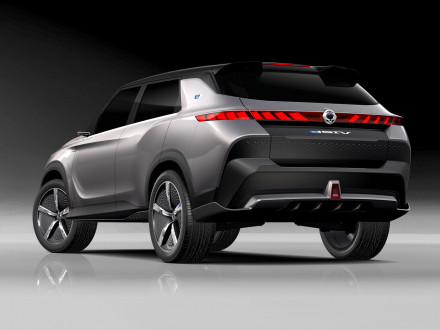 Presented at this year's Geneva Show, the SsangYong e-SIV Concept is a C-segment electric SUV that showcases the brand’s future strategy for electric vehicles, connectivity and autonomous driving.