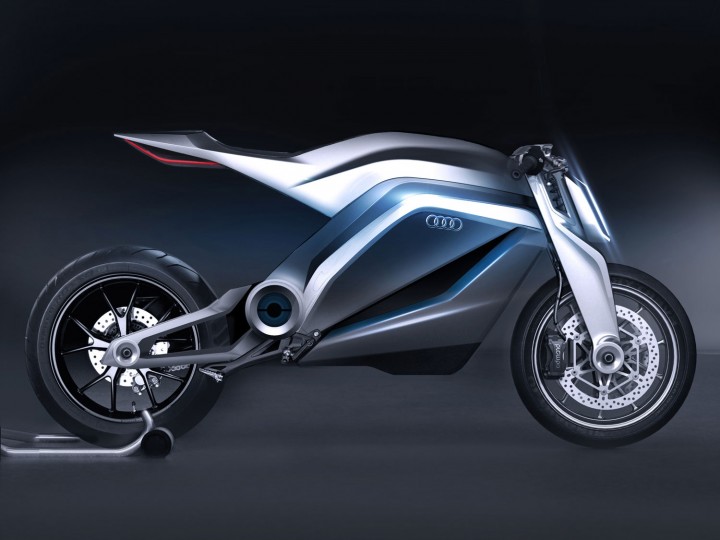 The Audi Motorrad project was created by French designer Thibault Devauze, in collaboration with his brother Marc Devauze and modeler Clement Couvreur. 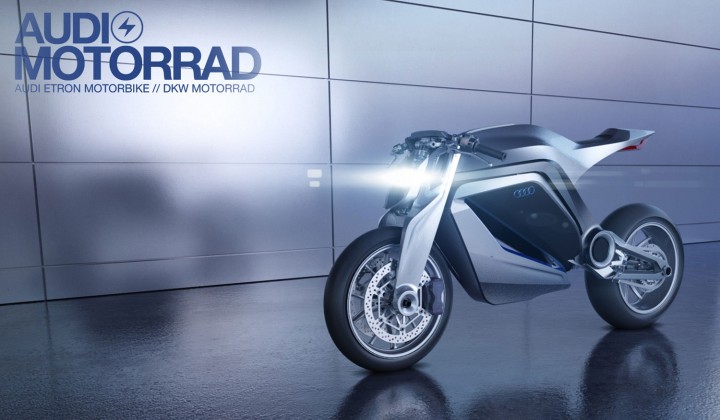 They imagined the first model of a new bike range from Audi, leveraging the recent acquisition of the Ducati brand and targeted to rival against BMW Motorrad.

The concept has a sleek, futuristic design made of tight surfaces and sharp edges.

The design uses an interplay and overlapping of lines and geometric shapes to give the bike a distinctive visual identity. 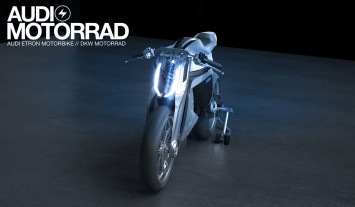 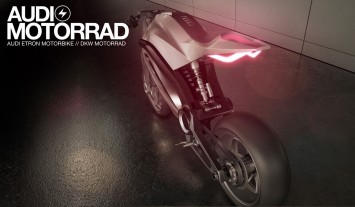 From a technical standpoint, the Motorrad Concept is powered by a Ducati-derived 850cc, L-Twin cylinder, 4 valve per cylinder, Desmodromic 2-cylinder engine coupled with a double clutch gearbox. 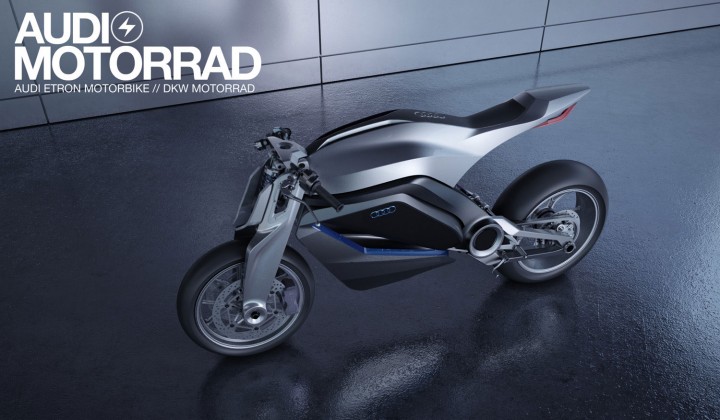 The chassis uses Audi’s Ultra lightweighting technology, with a combination of carbon fiber and light alloys. An E-tron version could be an interesting variant for the bike. 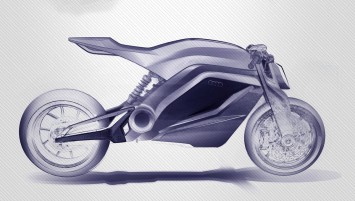 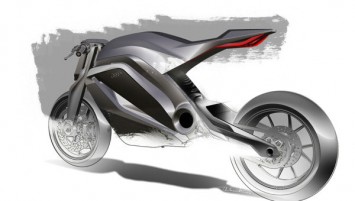 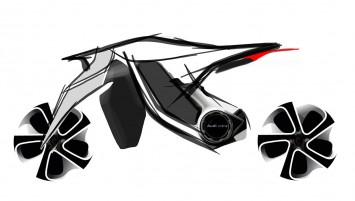 Speaking about the development process, Thibault explains: “My brother and I have both worked in interior design at Audi in Ingolstadt. during the Audi museum visit we were surprised to see so many bike in the heritage of the brand with the four rings.

“Few months later, when I worked at Opel as an exterior designer I had the idea to do a project bike for Audi.”

“The idea was pretty simple: the first competitor of AUDI is BMW, and BMW sell bikes. 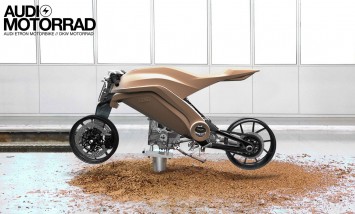 “In the past Audi has a massive heritage in terms of bike with the DKW brand. Audi is always looking for new market , bikes market represent a good opportunity.”

” […] my friend Clement Couvreur is a digital modeler and he was also working at Opel. We started this project during our free time at the end of 2011.

“In the summer 2012 we were joined by my brother Marc who finished the bike.”

Thibault Devauze is a 28-year old French car designer. He studied for five years at ISD Valenciennes where he graduated with distinction in October 2010.

Among his past experiences are a 1-year experience at Opel as exterior designer and internships at Ducati, Land Rover and Audi.

Since January 2012 he’s been working in Turin with Lowie Vermeersch at Gran Studio.