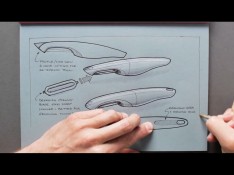 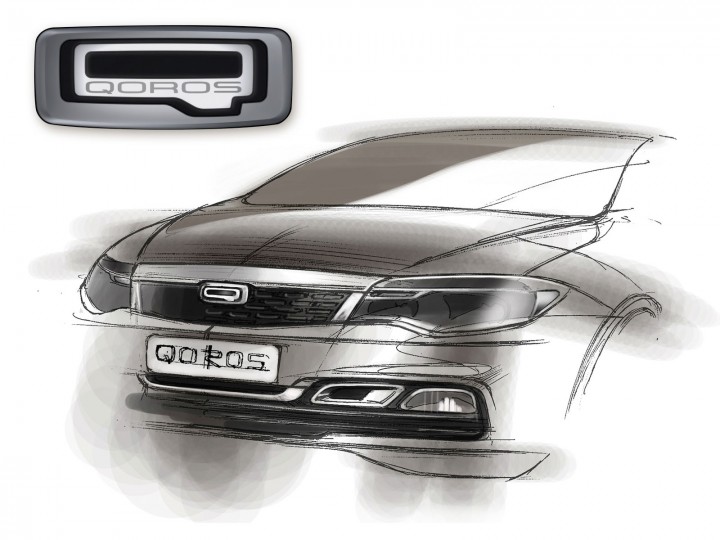 At the 2013 Geneva Motor Show new carmaker Qoros will unveil its first model – a four-door compact sedan based on an advanced modular platform and with a design inspired by modern European trends. 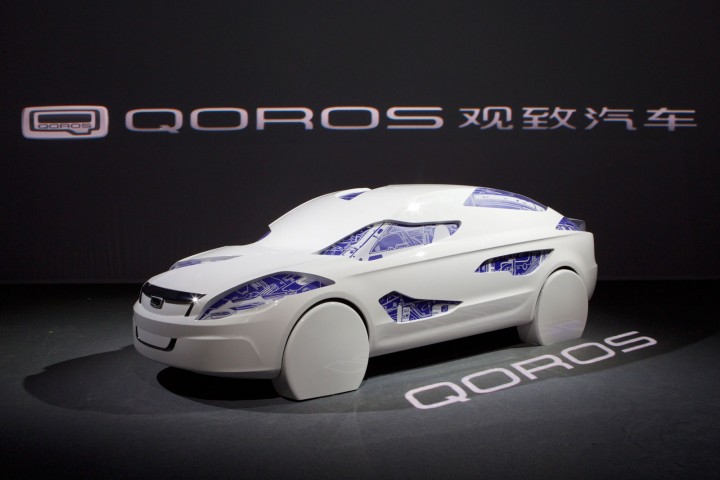 Headquartered in China, the carmaker will make its public debut at next year’s Geneva Motor Show by unveiling the first in a series of new products targeted to young customers in China and Europe.

To meet its goal of achieving high product and service quality, the company has been recruiting leading experts from inside and outside the automotive industry, and is being supported by major global suppliers, such as Magna Steyr, TRW, Continental, Bosch, Valeo, Microsoft and Iconmobile.

The line-up will be based on an advanced, modular architecture that will allow to rapidly rollout models and variants, including hybrid and electric vehicles. New variants are expected to be launched almost every half year. 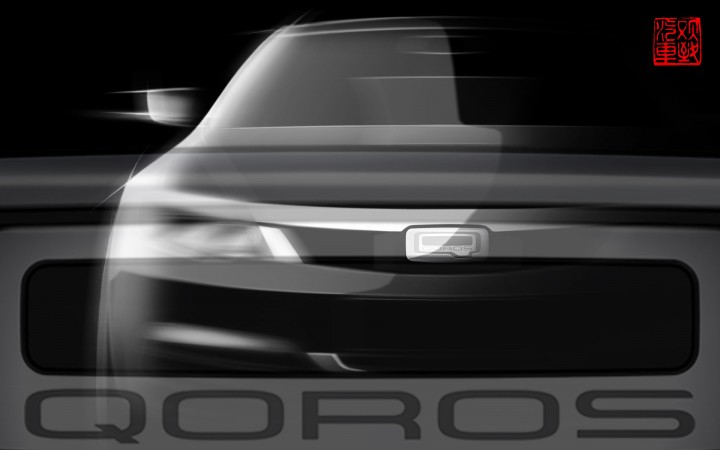 The first car to will be a compact four-door sedan designed by Executive Director of Design, Gert Volker Hildebrand. It will showcase a design language inspired by modern European tastes.

Featuring interior space comparable to a larger car, Qoros’s first sedan will go on sale in the compact or C-segment, the largest-selling vehicle class in China and Europe.

The car will make its world debut at Geneva in March 2013 and ill be sold in China and Europe. 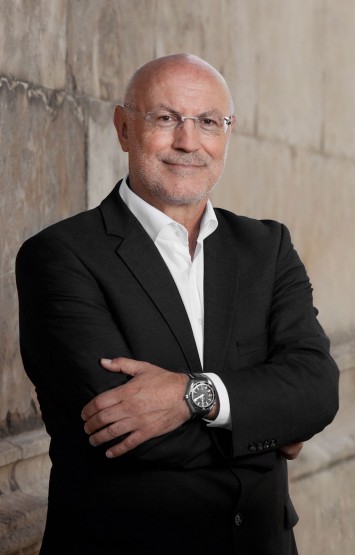 Gert Hilderbrand, Head of Design, explains “In our eyes, a brand-enhanced design is the result of shape and functionality influenced by many different elements.

“In other words, it is a perfect combination of elements such as technology, ergonomics and social network interdependent of time, powered by the designer’s individuality and in an one, two or three dimensional shape.”

“The multicultural Qoros design team aims at tailoring to the needs of Chinese and European consumers through delivering an elegant and functional design.

“Our designs are imbued with decades of automotive craftsmanship, where technical competence, simplicity and functionality create elegant solutions.”

“Qoros has combined comfort with an ergonomic, innovative design and sophisticated manufacturing processes. It’s our philosophy to exceed the expectations of the consumers.”

“The spacious interior and elegant design will provide our consumers with a completely new ergonomic experience.” 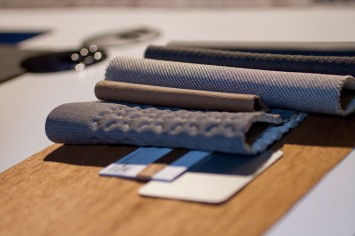 Qoros Vice-Chairman Volker Steinwascher explains: “We are a new company without any legacy or previous history, which gives us a great advantage because we are starting from scratch with a clean sheet of paper.

“By recruiting experts in all the essential fields of our operation, we can create a globally competitive product and service network that is designed to fit the lifestyles of modern metropolitan customers.”

The company is dedicated to meeting an ever-increasing demand for cars that are highly differentiated from other products within a crowded automotive marketplace.

The team of specialists is split between offices in Shanghai and the Qoros headquarters in Changshu, a district which is becoming increasingly important to China’s growing auto industry.

An all-new, highly efficient production facility is currently under construction. It will have an initial annual production capacity of 150,000 units, rising to a potential maximum output of 450,000 cars. 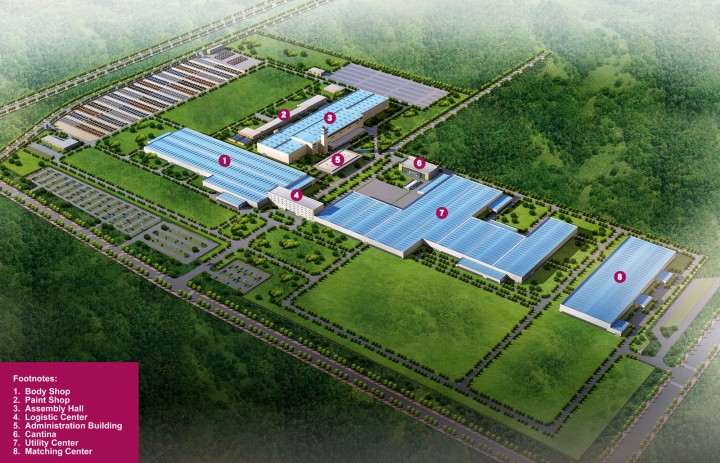 The executive team is led by Chairman and President Guo Qian, who is also COO of Chery Group Co, and Vice-Chairman Volker Steinwascher, a senior European automotive executive.

Gert Hilderbrand, Head of Design, explains the design behind the company’s logo: “The shape of most European car manufacturers’ logos is circular, while many Asian manufacturers use a variation of a circle. QOROS has broken from the norm, with a unique logo design that captures the essence of our special company. 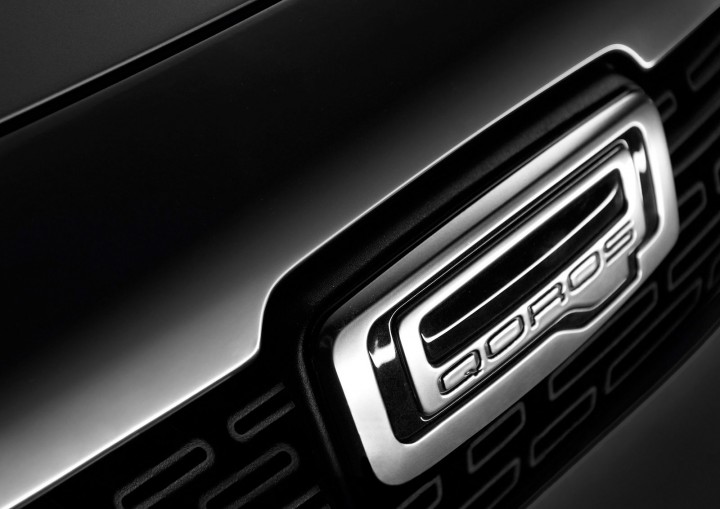 “The first letter in our name, the Q, gave us room to be creative. It fitted with our desire to be unique, so we squared off the Q and made it bold and new. The frame was added around the Q for two reasons: firstly, to provide balance and secondly, to protect the Q. Gaps were then added to the design so our logo is easily recognised from a distance. Moreover, we are craftsmen dedicated to creating fine new products for sophisticated consumers; this is where our passion lies, hence the extra fine- tuning to the surface of the Q logo.”

“As with other great designs, the QOROS logo is easily identifiable. To make our Q self-explanatory, the company name, QOROS, has also been placed on the Q surface. Once the creative process was complete, the implementation of the logo had to be planned. All of the possible applications had to be determined in 2D and 3D. That was done with a matrix, which logically describes all of the variations for different uses, for example in QOROS dealerships, in brochures and printed-material, and of course on the product itself.”

“One great example is visible on the new QOROS car-key Fob, the function is enhanced by the 3D (three dimensional) beauty of the abstracted Q of the logo around the buttons.”

“The logo represents our vision for the QOROS brand. This great design represents our positive attitude and creative spirit and vividly expresses our strengths.” 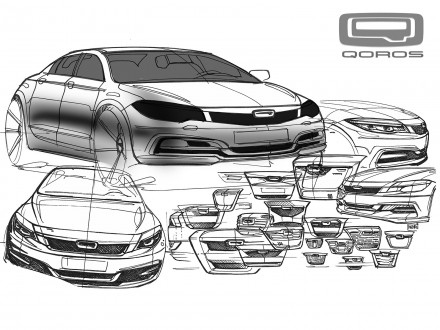 New Chinese carmaker Qoros has published an official document that gives some details on the development of the brand's aesthetic language, aimed at producing a distintive identity with a highly expressive style. 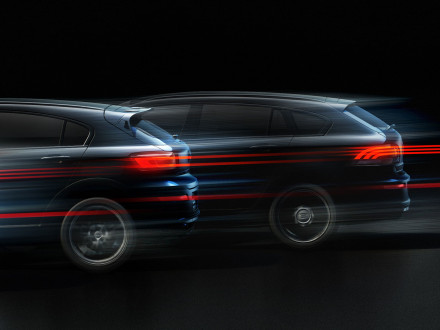 For the upcoming Geneva Show, Qoros has announced the introduction of the Cross Hybrid and Estate Concepts, which will preview the brand's future designs and technologies.