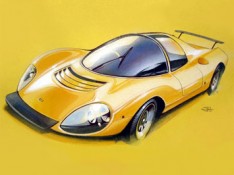 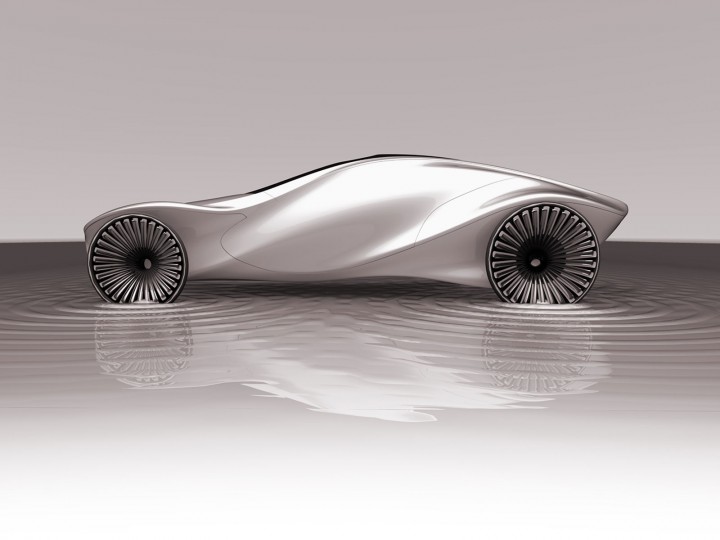 Nyx Concept is a futuristic hydrogen-powered vehicle with an innovative eco-friendly technology and a design inspired by serenity. The author is RCA graduate Elizabeth Pinder.

Recently shortlisted as a finalist in the Michelin Challenge Design 2012 Competition, the Nyx Concept aims at offering comfort and a personal space without increasing air pollution or burdening the electric power system of cities. 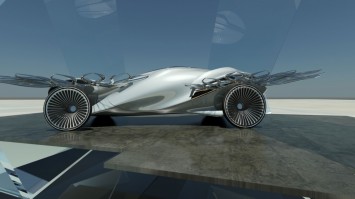 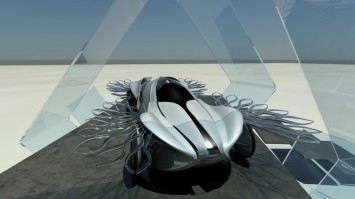 Rather than using conventional hydrogen storage gas cylinders, the onboard system splits collected rain water (stored within glass tubules of the interior structure) into hydrogen and oxygen via a catalyst currently under development at MIT. 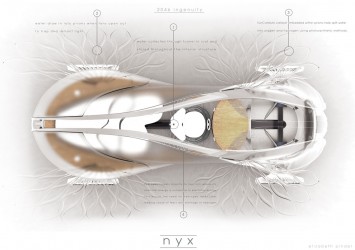 This, partnered with sunlight collected in especially designed water prisms, lowers the solar energy required to split the water into its constituent parts. The hydrogen is not stored, rather injected into the fuel cell immediately to generate electricity.

The energy is therefore stored only as electricity or potential energy as water and sunlight, where the water merely acts as a conveyor of energy.

As Elizabeth explains, “The main styling influence was that of a water droplet, taking away the negative imaginings of Hydrogen related disasters and replacing them with soothing imagery whilst reinforcing the ecologically clean nature of the vehicle.” 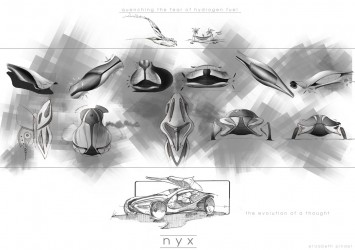 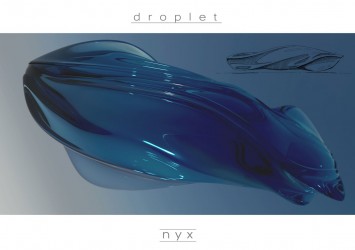 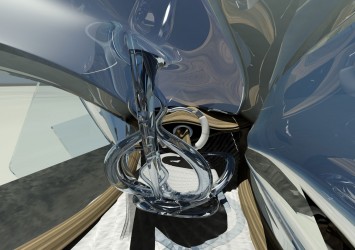 The exterior features flowing lines and a narrow body allows which ” breaks traditional ideals regarding aggression in both design and driving style”, encouraging a more relaxed approach to driving.

The cabin has large daylight openings, which lets the occupants connect with the passing world, without the cocooning effect imposed by many current interiors.

Elizabeth Pinder is a recent Vehicle Design graduate from the Royal College of Art in London.

Her professional experience includes interning as a clay modeller at GM Europe in Russelsheim, followed by a role as an exterior designer 12 months later.

During her time at the RCA, Elizabeth interned at Ford’s Strategic Concept Group Studio (Ingeni) in London, undertook a number of sponsored projects, and was shortlisted for the 2010 Interior Motives and the 2012 Michelin Design Challenge.

She is looking for work as an automotive designer with a major OEM and is also engaged in a range of freelance design projects in Italy. 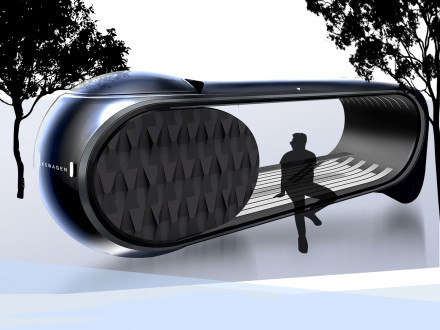