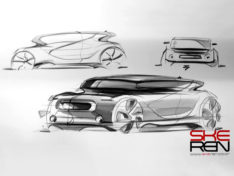 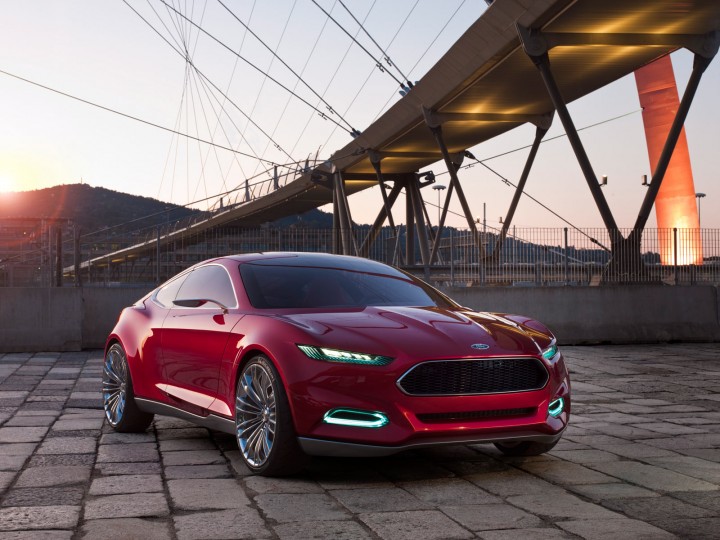 The Ford Evos Concept is a study of a four-door, four-seat hybrid fastback that introduces the company’s new design language for the next-generation global products.

Set to debut at the 2011 Frankfurt Motor Show, the Evos Concept showcases the future direction for the company’s next-generation global vehicles. 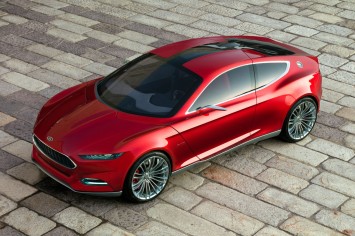 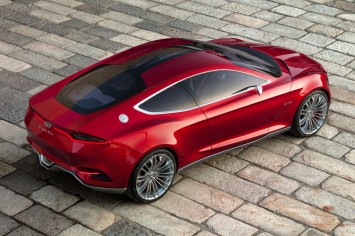 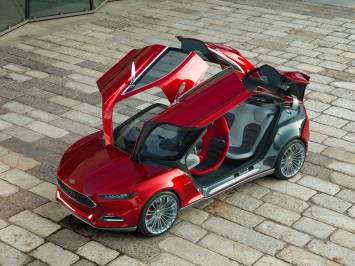 The design of the Evos Concept was developed through a collaboration between Ford’s design teams from its studios around the world, and is an evolution of the Kinetic design language.

The exterior is characterized by a fastback roof profile and a sporty stance.

The body features a sculpted look with a combination of smooth surfaces and bold, sharp character lines.

The Evos has four gullwing doors with an original and spectacular opening system. 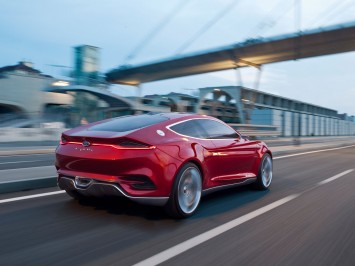 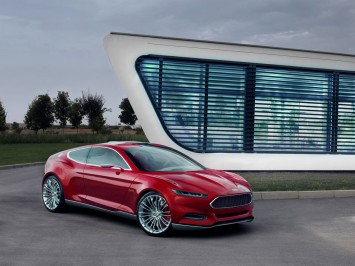 The sporty proportions are enhanced by the muscular fenders and shoulders, the sculpted hood and other details such as the thin, distinctive side mirrors, the large whees. 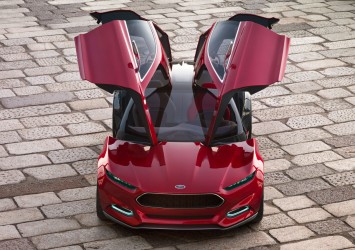 Another distinctive element is the underbody, which integrates the front spoiler lip, the side sills and the rear diffuser into a single component in a light metal grey color that visually contrasts with the body paintwork.

The front end is characterized by the low profile headlights and the inverted trapezoid grille – already seen on the Focus Electric and the new Focus ST – that will be a distinctive element of Ford’s future models.

The grille, along with the sporty hood, suggests some similarities with the Aston Martin coupes.

At the rear a distinctive visual signature is provided by the rhomboidal tail lights, which are connected by a horizontal LED stripe. 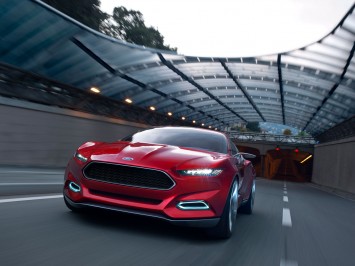 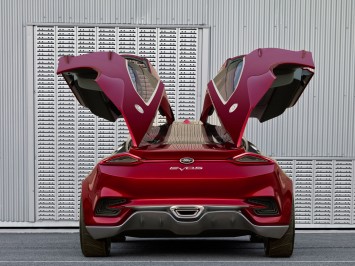 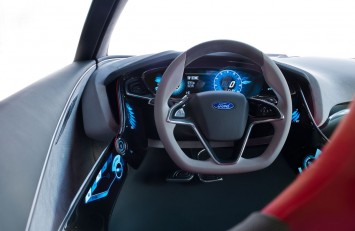 The interior has four seats, with the driver’s one in bold red, contrasting with the white and grey of the passengers’ seats.

The dashboard and panels have quite simple yet dynamic lines, while the driver-centered cockpit has a very high-tech feel, enhanced by the curved display surfaces and by the advanced digital interface.

The Ford Evos Concept features an advanced infotainment system aimed at providing a personalized and safe connection to the outside world. 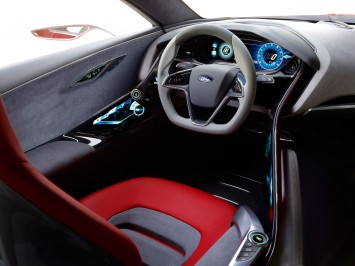 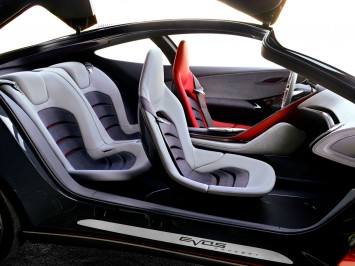 At the heart of the system is the driver’s ‘personal cloud’ of information: through a syncing operation, the car can automatically adapt handling, steering and engine controls to its driver’s preferences.

The system can also play the same music or news program that was streaming at home, or heat or cool the interior to an ideal temperature before the driver gets in, simply by predicting departure time based on his calendar.

Wirelessly communicating with devices in the home, it could close the garage door and switch off the lights automatically as it pulls away. 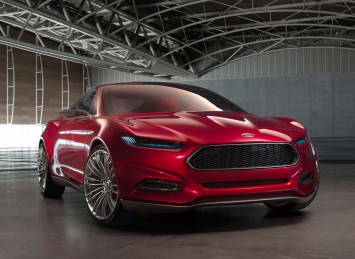 The Ford Evos Concept is equipped with a lithium-ion plug-in hybrid (PHEV) powertrain providing the same performance and fuel economy as the Ford C-MAX Energi scheduled for introduction in North America in 2012 and Europe in 2013.

Ford ‘powersplit’ hybrid architecture allows the electric motor and gasoline engine to work together or separately to maximize efficiency.

Cloud connectivity would provide further opportunities to enhance performance and efficiency by selecting the optimum combination of powertrain modes for any given journey. 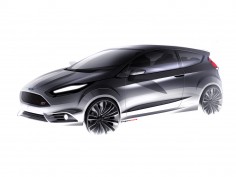 The Ford Fiesta ST Concept is a performance-focused version powered by a 180 hp 1.6 liter engine and with a bold exterior design inspired by the Fiesta RS WRC. 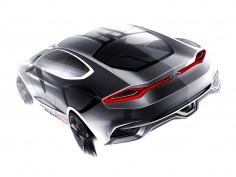 An extensive gallery of images from the development of the Ford Evos Concept: design sketches, renderings and photos from the prototype construction process. Includes the official design story of the concept car. 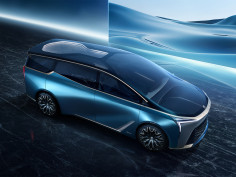